US Fed releases stress test for US Banks

The test assumes a 50% drop in stocks, 13% unemployment rate, and a 21% decline in housing prices. Hmm makes you wonder what they know is coming down the pike.

Will Uncle Ben change the speed of the printer? 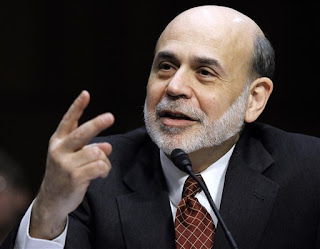 According to pundits Ben Bernanke will not be changing the speed of the US$ printer when the FOMC mets tomorrow US time. This is expected to put some downward pressure on equity and precious metal markets as paper bugs will feel disappointed that Ben isn't throwing them more paper, well not yet anyway.

Fed officials are prepared to hold the March policy meeting tomorrow. Don’t expect any fireworks, according to economists at Bank of America Merrill Lynch.

No major policy changes are expected in tomorrow’s FOMC statement, although discussions about the U.S. economy should offer clues on what the Fed is prepared to do next.

Plenty of attention has centered around whether the Fed has more tricks up its sleeve. ”Sterilized” bond buying is potentially an option, if the central bank chooses to step in again and boost the economy.

That said, nothing is likely to change until “Operation Twist comes to an end in June, BofA Merrill says.

“QE3 is not a guarantee, as we would expect the Fed to ease further only if growth drops below trend, inflation undershoots their target and possibly the equity market sells off,” says Michael Hanson, U.S. economist at BofA Merill. 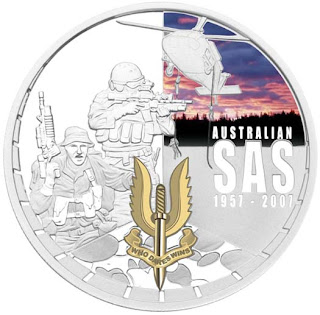 Interesting story in the SMH this morning about an Australian SAS squadron operating throughout Africa. Although seeing that almost anywhere in sub-Saharan Africa you can trip over an Australian mining company executive it seems that it is not only the US that are actively protecting their strategic interests.

A SECRET squadron of Australian SAS soldiers has been operating at large in Africa, performing work normally done by spies, in an unannounced and possibly dangerous expansion of Australia's foreign military engagement.

The deployment of the SAS's 4 Squadron - the existence of which has never been publicly confirmed - has put the special forces unit at the outer reaches of Australian and international law.

The Herald has confirmed that troopers from the squadron have mounted dozens of secret operations during the past year in various African nations, including Zimbabwe, Nigeria and Kenya.