Australians To USA - Don't Give Up Your Guns

Switzerland's oldest bank is to close after US tax evasion fine 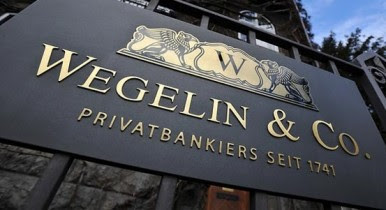 Switzerland's oldest bank is to close permanently after pleading guilty in a New York court to helping Americans evade their taxes.

It said that once this was completed, it "will cease to operate as a bank".

The bank had admitted to allowing more than 100 American citizens to hide $1.2bn from the Internal Revenue Service for almost 10 years.

Wegelin, based in the small Swiss town of St Gallen, started in business 35 years before the US declaration of independence.

It becomes the first foreign bank to plead guilty to tax evasion charges in the US.

Other Swiss banks have in recent years moved to prevent US citizens from opening offshore accounts.

(Reuters) - Global regulators gave banks four more years and greater flexibility on Sunday to build up cash buffers so they can use some of their reserves to help struggling economies grow.

The pull-back from a draconian earlier draft of new global bank liquidity rule to help prevent another financial crisis went further than banks had expected by allowing them a broader range of eligible assets.

Read more
Posted by Unknown at 11:42 AM No comments:

I must be getting old I can still remember when people defected in other direction.