David Stockman - This Is Housing Bubble 2.0 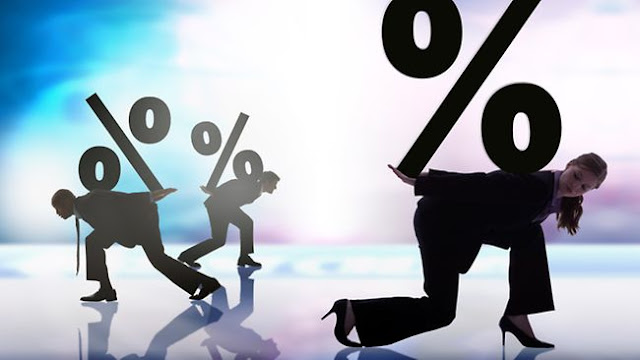 Global growth is forecast to be a little below average for a time, but the downside risks appear to have abated, for the moment at least. The United States has so far avoided a severe fiscal contraction and financial strains in Europe have lessened considerably over recent months. Growth in China has stabilised at a fairly robust pace. Around Asia generally, growth was dampened by the earlier slowing in China and the weakness in Europe, but again there are signs recently of stabilisation. Some commodity prices have firmed over recent months.

Sentiment in financial markets has continued to improve, with risk spreads narrowing and funding conditions for financial institutions becoming more favourable. Long-term interest rates faced by highly rated sovereigns, including Australia, remain at exceptionally low levels. Borrowing conditions for large corporations are very attractive. Share prices have made further gains. However, the task of putting private and public finances on sustainable paths in several major countries is far from complete and, accordingly, financial markets remain vulnerable to setbacks in these areas.

In Australia, most indicators available for this meeting suggest that growth was close to trend in 2012, led by very large increases in capital spending in the resources sector, while some other sectors experienced weaker conditions. Looking ahead, the peak in resource investment is approaching. As it does, there will be more scope for some other areas of demand to strengthen.

Present indications are that moderate growth in private consumption spending is occurring, though a return to the very strong growth of some years ago is unlikely. The near-term outlook for non-residential building investment, and investment generally outside the resources sector, remains relatively subdued. Public spending is forecast to be constrained. On the other hand, there are indications of a prospective improvement in dwelling investment, with dwelling prices moving higher, rental yields increasing and building approvals higher than a year ago. Exports of natural resources have been strengthening, though recent bad weather is affecting some shipments.

Inflation is consistent with the medium-term target, with both headline CPI and underlying measures at around 2¼ per cent on the latest reading. Looking ahead, with the labour market softening somewhat and unemployment edging higher, conditions are working to contain pressure on labour costs. Moreover, businesses are likely to be focusing on lifting efficiency under conditions of moderate demand growth. These trends should help to keep inflation low, even as the effects on prices of the earlier exchange rate appreciation wane. The Bank's assessment remains that inflation will be consistent with the target over the next one to two years.

During 2012, there was a significant easing in monetary policy. Though the full impact of this will still take further time to become apparent, there are signs that the easier conditions are having some of the expected effects: the demand for some categories of consumer durables has picked up; housing prices have moved higher; there are early indications of a pick-up in dwelling construction; and savers are starting to shift portfolios towards assets offering higher expected returns. On the other hand, the exchange rate remains higher than might have been expected, given the observed decline in export prices, and the demand for credit is low, as some households and firms continue to seek lower debt levels.

The Board's view is that with inflation likely to be consistent with the target, and with growth likely to be a little below trend over the coming year, an accommodative stance of monetary policy is appropriate. The inflation outlook, as assessed at present, would afford scope to ease policy further, should that be necessary to support demand. At today's meeting, taking into account the flow of recent information and noting that there had been a substantial easing of policy as a result of previous decisions, the Board judged that it was prudent to leave the cash rate unchanged. The Board will continue to assess the outlook and adjust policy as needed to foster sustainable growth in demand and inflation outcomes consistent with the target over time.
Posted by Unknown at 2:40 PM No comments:

Feb. 4 (Bloomberg) -- Bill Gross, Pimco CIO & founder, discusses the expansion of credit in the United States over the past 40 years and how equity and credit investors are leery of another 2008 moment. He speaks on Bloomberg Television's "Market Makers."

Jeff Christian on Precious Metals in 2013

I am in disagrement with Jeff on a lack luster performance for gold this year, but then no one has a lock on the future. Also whilst inflation is subdued (at least by 'official' stats) currency movements are not. In Japan inflation is dead but the value of the Yen has fallen significantly this year and as a result gold in Yen terms has just hit a 15 year high. 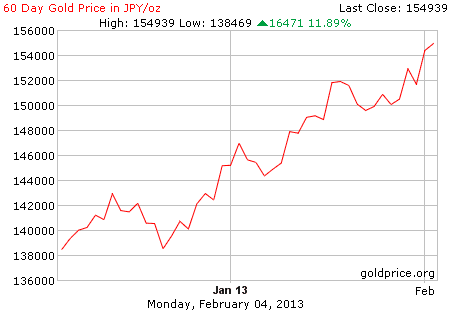 A Wink and Nod

Britain to try a glass-steagall act