The Resident: FBI to spy on citizens in real-time online

The FBI is drafting a proposal that would allow them to force tech companies to allow them to spy on websites' customers in real-time, through technology such as Skype, Google chat, some online gaming, and more. They also seek to impose fines on companies that don't comply with the real-time wiretap orders. Many see this as a privacy issue, along with a jobs issue. The Resident (aka Lori Harfenist) discusses the issue.

Rick Ackerman - All Depositors Everywhere Should be Scared for their Money

The Death of Truth 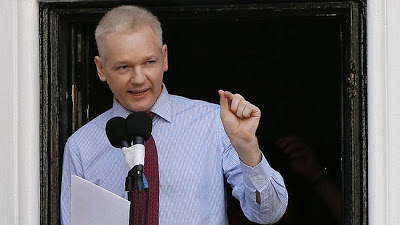 LONDON—A tiny tip of the vast subterranean network of governmental and intelligence agencies from around the world dedicated to destroying WikiLeaks and arresting its founder, Julian Assange, appears outside the red-brick building on Hans Crescent Street that houses the Ecuadorean Embassy. Assange, the world’s best-known political refugee, has been in the embassy since he was offered sanctuary there last June. British police in black Kevlar vests are perched night and day on the steps leading up to the building, and others wait in the lobby directly in front of the embassy door. An officer stands on the corner of a side street facing the iconic department store Harrods, half a block away on Brompton Road. Another officer peers out the window of a neighboring building a few feet from Assange’s bedroom at the back of the embassy. Police sit round-the-clock in a communications van topped with an array of antennas that presumably captures all electronic forms of communication from Assange’s ground-floor suite.

The Metropolitan Police Service (MPS), or Scotland Yard, said the estimated cost of surrounding the Ecuadorean Embassy from June 19, 2012, when Assange entered the building, until Jan. 31, 2013, is the equivalent of $4.5 million.

Britain has rejected an Ecuadorean request that Assange be granted safe passage to an airport. He is in limbo. It is, he said, like living in a “space station.”

Read on
Posted by Unknown at 11:59 AM No comments: 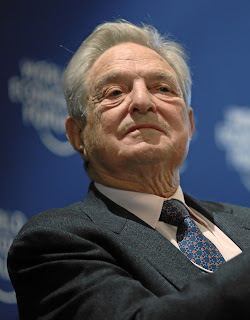 It may go down as one of the great currency bets in Australian dollar history – a $US1 billion gamble on a Reserve Bank rate cut that has delivered a $US19 million ($18.65m) profit in 36 hours.

The beneficiary, if you believe the rumour mill, is investment legend George Soros.

Best of all, it appears the 82-year-old American pulled off the deal three times, all with different foreign exchange brokers in Asia, for a tidy profit of almost $US60 million.

Not bad for a bloke who, just three weeks ago, was wrongly declared dead.

Peter Schiff's Prescription for Monetary Rehab, and the Secrets of Wartime Spending

In this episode of the Keiser Report, Max Keiser and Stacy Herbert discuss that feeling you get when you've blown your life savings on a carnival game and all you have to show for it is a stuffed banana with dreadlocks and how the entire global financial system is not too dissimilar. They also note that those blowing their life savings on a rigged game, or stock market, always seem to turn to doubling down in a vain attempt to win back all that they lost.

In the second half, Max talks to the author of Paper Money Collapse, Detlev Schlichter of DetlevSchlichter.com about ECB policy, the gold battle between Chinese housewives and Wall Street.

The Monarchs of Money

The world's central banks have printed unimaginable amounts of money in recent years. Neil Macdonald explores what this means for the global economy and for your financial well-being.