This week Max Keiser and co-host, Stacy Herbert, discuss a tweet describing them as the Eldridge and Kathleen Cleaver of the financial war. With that in mind, they look at the modern equivalents to the carpet bombing, Agent Orange and Saigon prostitutes of the Vietnam war and observe that Christine Lagarde has 'loved Arab Spring nations a long time.' In the second half of the show Max talks to Zeus Yiamouyiannis of OfTwoMinds.com about the debt jubilee and Crash JP Morgan, Buy Silver.

From: WealthTrack  | Sep 14, 2011
The man Barron's calls the Dean of Energy Analysts discusses the outlook for oil prices, supplies and stocks. Weeden & Company's Charles Maxwell on where to invest for secure energy returns in an uncertain world.

From: Euronews  | Sep 14, 2011
The French and German leaders Nicolas Sarkozy and Angela Merkel have reassured the Greek prime minister they are "convinced" that his country's future lies inside the euro zone.

In a three-way phone call with George Papandreou, they urged his government to implement the tough measures it signed up to as part of the last bailout plan agreed in July. 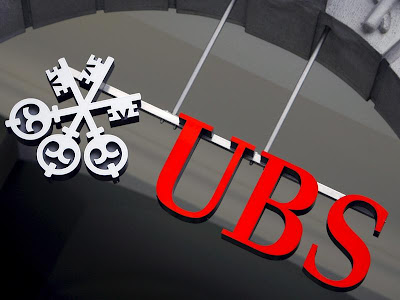 Ever wondered why traders are only called "rogue" when they loose money? What happens to those who make unauthorized trades that are profitable?

By Emma Thomasson
(Reuters) - Switzerland's UBS said on Thursday it had discovered unauthorized trading by a trader in its investment bank had caused a loss of some $2 billion.

"The matter is still being investigated, but UBS's current estimate of the loss on the trades is in the range of $2 billion," the bank said in a brief statement just before the stock market opened.
"It is possible that this could lead UBS to report a loss for the third quarter of 2011. No client positions were affected."

Clarke and Dawe - The Greek Economy

Posted by Unknown at 4:07 AM No comments:

By 24K and the Zombie Bank Death Squad:

It is not only the UK that grows legal opium. Tasmania, Australia has also been a large supplier of raw opium to the pharmaceutical industry for decades.

Posted by Unknown at 3:27 AM No comments:

Charlie Chaplin final speech from in the movie  "The Great Dictator"

Posted by Unknown at 3:12 AM No comments:

From: RussiaToday  | Sep 14, 2011
Globalization and capitalism -- do these two go well together? Do empowered Asian economies undermine capitalism as we know it? Do we need to rethink the status of the free-market economy? What role will the state play in the NWO? Who will benefit from NWO 2.0? What will the new era of capitalism look like, or will capitalism mutate into something completely different? Alan Freeman, Adrian Pabst and John Lockland CrossTalking on September 14.