America Time is Running Out 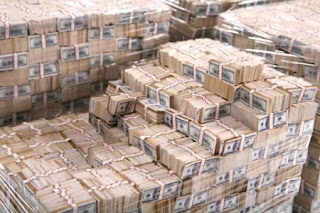 By The Mogambo Guru:

According to Harper's Index, the "estimated value of Chinese household income that goes unreported is $1.4 trillion."

To put it in perspective, the follow-up item is "Portion of China's GDP this represents: 1/3."

Of course, I don't know what to make of this, economics-wise or any other wise, but merely note with a soft whistle of appreciation that that is a LOT of money unaccounted for, and which does not show up in official statistics, which means that somebody is seriously underestimating something, which means that trouble is usually ahead.

It reminds me of a time at work when I completely underestimated the reaction of Old Man Maguire to the news that his order was going to be delayed because I forgot about it, and that I only remembered about it after his phone call inquiring about his stupid order because it was late being delivered.

So there I was, in his stupid office, all the way on the outside of town, and the traffic was murderous, and it was hot, and I ended up explaining to him, "So what the hell can I do, you moron? Do you think I can make men and machines work 100% faster to get you your stupid order in half the time? How about making them work a thousand percent faster? Or maybe I can go backwards through time and submit the order in some other, more pleasing chronological order? Or maybe if I wave some magic wand or something!"

You should have seen his face! He looked stricken, and so I thought he could use some good advice right about then. So I continued, "Besides, if you had invested the money in gold, silver and oil, you would made much more profit than you made with this rinky-dink manufacturing place of yours!"

I mean, talk about underestimation! I never, ever expected him to start screaming at me like that, or start ransacking his own desk frantically looking for a pistol to shoot me!

Well, I don't know if he found any weapons because I was soon long gone, out in my car, tires spinning as I sped out of the parking lot and onto the street, honking and weaving through traffic like a madman.

The lesson is that my episode of "serious underestimation" had a lot of ugly repercussions and I lost my crappy job, which explains why I am leery of "instances of underestimation."

Especially about underestimating lots of money!

And speaking of money, if you are looking for another reason why the Federal Reserve continues to create so much money (besides the obvious reason, which is to buy government debt so that the mentally defective Obama administration and Congress can deficit-spend almost 2 trillion dollars this year), another Harper's Index blurb was that there are 77 countries with which the United States runs a trade deficit!

The explanation for my editorial addition of the exclamation point at the end of that sentence is that there are only 195 countries in the Whole Freaking World (WFW), and so we run a trade deficit with 40% of them! Almost half!

Most of this, I cynically assume, is American foreign-aid money that comes with "You must use this money to buy stuff from American companies" strings attached, so that there is, by mathematical necessity, a trade deficit.

Interestingly, I was reading all this while sitting in the Mogambo Biggie Bunker (MHB), where I was freshly practiced, prepared, locked-in and ready to repel an attack of desperate people who have lost everything in the raging inflation in prices caused by the Federal Reserve creating so, so much money, for so, so long that, judging by 4,500 years of history, an economic collapse is inevitable, as are the aforementioned mobs of desperate people.

Leaning back in my chair, I was struck by one particularly interesting Harper's blurb, which was that carbonated beverages are the #1 "best selling grocery item in the United States."

An expensive combination of water, high-fructose corn sugar and chemical additives is the biggest seller in grocery stores? Wow!

"This," I figured, "could go a long, long way towards explaining a lot of the mindless idiocy that I see all around me!"

Like how gold and silver are such guaranteed winners when the Federal Reserve is creating So Freaking Much Money (SFFM), and yet so few people buy them! Amazing!

And it can't be because buying gold and silver is hard, because, if it was, a stupid guy like me would not be able to do it, but even a drooling idiot like me can simply plunk down my money and walk away with my metals, which is so easy that I can't help but gleefully think, "Duh! Whee! This investing stuff is easy!"

Bob Chapman - How will it all end?

Jim Rogers - On gold, commodities and the US$ 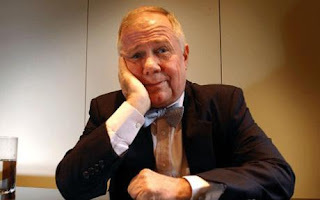 Jim rogers is interviewed on Gold Seek Radio.....listen here
Posted by Unknown at 12:42 AM No comments: