With the failure of the prominent bitcoin trading platform Mt. Gox this week there are going to be thousands of users wanting their bitcoins back. Although from initial reports it seems it will all end in tears for all concerned.

In this episode of Breaking the Set, Abby Martin remarks on yet another NSA leak involving a program called 'Optic Nerve' where British intelligence agency GCHQ has collected the webcam images of millions of average internet users. Abby then goes over the strange rituals of secret societies, remarking on the Yale fraternity 'Skull & Bones' calling out the surreptitious behavior of two the society's most famous members including George W Bush and John Kerry. 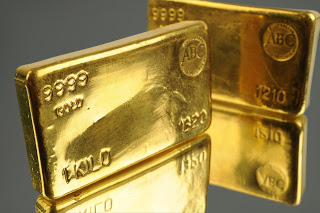 Part two of Erin's interview with Max Keiser, who provides a definition of financialization and explains all the problems surrounding it. He believes that as long as the Fed keeps interest rates at zero, we are heading in the direction of a collapse. He also gives his colorful view on a story we covered a couple of days ago: JP Morgan and their new business model.

The United Kingdom's Government Communications Headquarters - their version of the National Security Agency - intercepted millions of Yahoo users' webcam images, with the help of the NSA. The program, called "Optic Nerve," was revealed through documents leaked by NSA whistleblower Edward Snowden. Yahoo condemned the collection and storing of its users' webchat images. "This report, if true, represents a whole new level of violation of our users' privacy that is completely unacceptable," the company said in a statement. Ameera David finds out how the program was carried out from RT's Sara Firth in London.


Published on Feb 27, 2014
In this episode of the Keiser Report, Max Keiser and Stacy Herbert discuss the 'cling-ons' unable to afford to live in London, while in Texas, Rex Tillerson of Exxon, the man most responsible for pushing fracking across the nation, refuses to have it happen in his backyard. In the second half, Max interviews Andrew Spooner of AsiaProvocateur.blogspot.com about the economic reasons behind the ongoing protests in Thailand.

Erin welcomes The Keiser Report's Max Keiser talks about Bitcoin, Mt. Gox, and a second generation crypto-currency alternative, his very own Maxcoin! Although Mt. Gox is facing trouble, Keiser doesn't believe that Bitcoin is going to lose its long term value, and he further explains why he thinks crypto-currencies have more intrinsic value than fiat currency. Watch to see what he thinks of the US dollar, the British pound, and the effect crypto-currencies have on the banking world.

Finally an intelligent and reasoned discussion about bitcoin and the fall of Mt. Gox.

Stefan Molyneux and Andreas Antonopoulos discuss the fall of Mt. Gox, the greatly exaggerated death of Bitcoin, the joy of failure within the Bitcoin economy, the incredible opportunity Bitcoin provides those without access to the modern banking system, and the difference between Bitcoin and the Federal Reserve System and fiat currencies worldwide.

Andreas Antonopoulos is the Chief Security Officer of Blockchain.info, a host on Let's Talk Bitcoin and an expert on Information Security and Cryptography.