Nigel Farage on the future of the Euro 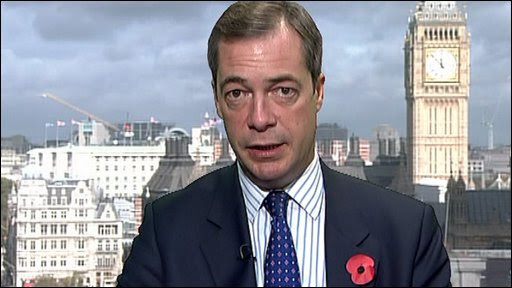 Nigel Farage discusses the Greek tragedy and the future of the Euro with Eric King of King World News. Listen here
Posted by Unknown at 8:26 PM No comments:

On the Edge - Greece financial crisis

In this edition of the show Max interviews Karl Denninger from market-ticker.org
He talks about the finical crisis in Greece and how it will unfold in near future.

David Morgan on Silver and Shares

Vice President Joe Biden said Saturday that the United States can now focus on new global challenges after a long decade of war in an election-year commencement address to jubilant graduates of the U.S. Military Academy at West Point. (May 26)

(Reuters) - Britain fell deeper into recession than initially thought in the first quarter of 2012 due to a slump in construction output, raising the likelihood that the Bank will opt to inject more stimulus to protect the economy from the euro zone debt crisis.

Britain is in its second recession since the 2007-2008 financial crisis, and the prospects for a recovery are cloudy as leaders in the euro zone, Britain's biggest trading partner, are still far from resolving their debt woes.

The Bank's Monetary Policy Committee (MPC) has indicated it is ready to pump more money into the economy, having paused its quantitative easing programme at 325 billion pounds this month, amid growing worries about a break-up of the currency union.

"The economy is not recovering properly and with the uncertainty over Europe hanging over the outlook as well, our suspicion is the MPC will sanction further QE at some point later on this year," said Philip Shaw, economist at Investec.

The Office for National Statistics said the economy shrank by 0.3 percent in the first quarter of this year, more than an initial estimate of a 0.2 percent decline, and confounding analysts' forecasts for an unchanged reading.

Year-on-year, the economy contracted by 0.1 percent, the first annual decline since Q4 2009.

Read more
Posted by Unknown at 9:22 AM No comments: