I spoke to Mr Dines late last year at the Sydney Gold Symposium, a delightful bloke and very un-reconstructed as he had a "escort" level "assistant" in an extremely short cocktail dress. I also had him autograph one of my PAMP 1kg silver bars, he had never done that before which gave him a laugh.

James Dines (of The Dines Letter) talks to Eric King of King World News about the rush out of paper into things.......listen here
Posted by Unknown at 6:50 PM No comments:

Return of the Gold Standard as world order unravels 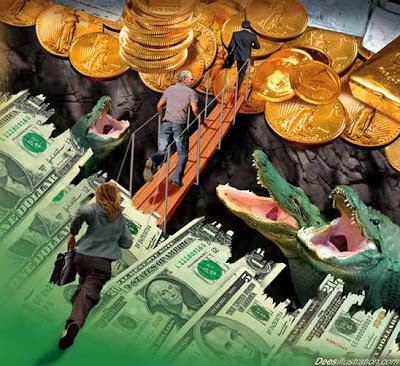 On one side of the Atlantic, the eurozone debt crisis has spread to the countries that may be too big to save - Spain and Italy - though RBS thinks a €3.5 trillion rescue fund would ensure survival of Europe's currency union.

On the other side, the recovery has sputtered out and the printing presses are being oiled again. Brinkmanship between the Congress and the White House over the US debt ceiling has compelled Moody's to warn of a "very small but rising risk" that the world's paramount power may default within two weeks. "The unthinkable is now thinkable," said Ross Norman, director of thebulliondesk.com.

The bar to QE3 - yet more bond purchases - is even lower than markets had thought. The new intake of hard-money men on the voting committee has not shifted Fed thinking, despite global anger at dollar debasement under QE2.

Fuelling the blaze, the emerging powers of Asia are almost all running uber-loose monetary policies. Most have negative real interest rates that push citizens out of bank accounts and into gold, or property. China is an arch-inflater. Prices are rising at 6.4pc, yet the one-year deposit rate is just 3.5pc. India's central bank is far behind the curve.

"It is very scary: the flight to gold is accelerating at a faster and faster speed," said Peter Hambro, chairman of Britain's biggest pure gold listing Petropavlovsk.

"One of the big US banks texted me today to say that if QE3 actually happens, we could see gold at $5,000 and silver at $1,000. I feel terribly sorry for anybody on fixed incomes tied to a fiat currency because they are not going to be able to buy things with that paper money."

China, Russia, Brazil, India, the Mid-East petro-powers have diversified their $7 trillion reserves into euros over the last decade to limit dollar exposure. As Europe's monetary union itself faces an existential crisis, there is no other safe-haven currency able to absorb the flows. The Swiss franc, Canada's loonie, the Aussie, and Korea's won are too small.

"There is no depth of market in these other currencies, so gold is the obvious play," said Neil Mellor from BNY Mellon. Western central banks (though not the US, Germany, or Italy) sold much of their gold at the depths of the bear market a decade ago. The Bank of England wins the booby prize for selling into the bottom at €254 an ounce on Gordon Brown's orders in 1999. But Russia, China, India, the Gulf states, the Philippines, and Kazakhstan have been buying.....read on
Posted by Unknown at 4:19 PM No comments:

US debt ceiling talks continue to drag on 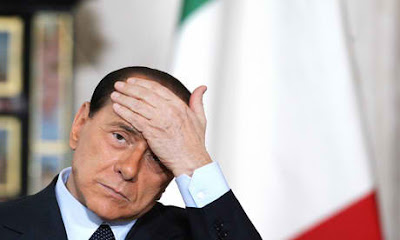 From The UK Telegraph
By Ambrose Evans-Pritchard

"Real M1 deposits in Italy have fallen at an annual rate of 7pc over the last six months, faster than during the build-up to the great recession in 2008," said Simon Ward from Henderson Global Investors.

Such a dramatic contraction of M1 cash and overnight deposits typically heralds a slump six to 12 months later. Italy's economy is already vulnerable – industrial output fell 0.6pc in May, and the forward looking PMI surveys have dropped below the recession line.

"What is disturbing is that the numbers in the core eurozone have started to deteriorate sharply as well. Central banks normally back-pedal or reverse policy when M1 starts to fall, so it is amazing that the European Central Bank went ahead with a rate rise this month," Mr Ward said....read on 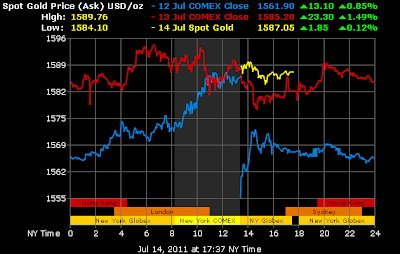 This week Max Keiser and co-host, Stacy Herbert, look at how propaganda shapes political and economic outcomes in our economies. They report on Americans collecting government social welfare benefits without knowing it and U.S. Congressman taking financial bets against its government debt. And, finally, Max and Stacy suggest that if British teenagers are being extradited to America on copyright infringement, then George Michael ought to have a case against Rupert Murdoch under the Digital Millenium Copyright Act as well.