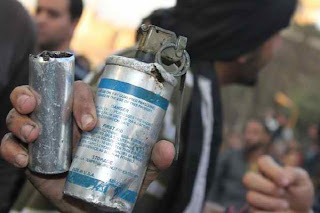 Max and Stacy discuss the downgrade of the UK rating, Egypt spending millions on US made tear gas grenades, the Pope and everything in between. Listen here
Posted by Unknown at 8:40 PM No comments:

I highly recommend you listen to this wide ranging interview with Marc Faber. Marc discusses inflation, falling living standards for those in Europe and how money printing so far has not reached the man in the street, but instead has lead to asset inflation. Also an interesting report on the economy in Thailand which echos some of my observations over the last few years. Listen to the KWN interview here
Posted by Unknown at 7:00 PM No comments:

The History of Palladium

Professor Martyn Poliakoff seems to have successfully escaped from the Bank of England's gold vault and is now discussing the precious metal - Palladium.

Several months after this blog reported on amazing 3D printing here it seems The Young Turks have just stumbled across it, worth a watch though.

In this episode of the Keiser Report, Max Keiser and Stacy Herbert compare the real financial suicide machine that is the global financial markets to the hypothetical euthanasia coaster that would kill its passengers after an allegedly fun and euphoric ride induces GLOC - G-force induced Loss Of Consciousness. In the financial markets this is achieved by churning clients so rapidly or front running them at faster than the speed of light. In the second half of the show, Max Keiser talks to professor and economist, Constantin Gurdgiev, about the liquidation of IBRC, the bank formerly known as Anglo Irish and how it is that the bank came to collapse in the first place.