Summer has Started Early in Sydney 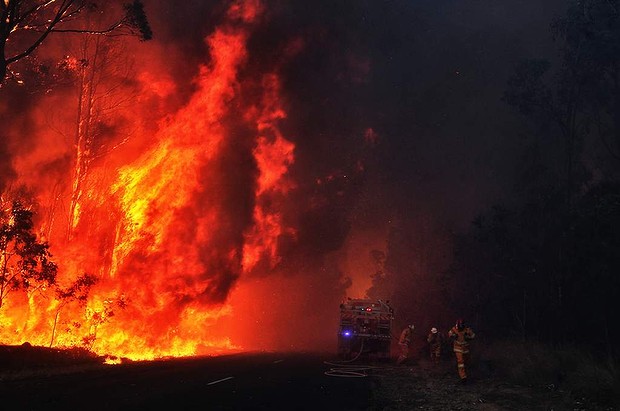 Nothing announces the start of Summer in Sydney than an out of control bushfire.

Adding to the many records to fall this year, Sydney had both its warmest night and hottest day so early in spring.

Temperatures remained above 20 degrees overnight while the maximum of 31.6 degrees was a new early-season record for the city, said David Jones, head of climate monitoring at the Bureau of Meteorology.

Combined with that has been Tuesday's winds.

Simon Louis, from the Bureau of Meteorology said winds in Sydney's west were averaging between 35-45 kilometres per hour, with gusts up to 70 km/h. Over the next few hours the bureau is predicting a change in overall wind direction, which is likely to affect the course of the fire, from west-north westerly winds towards south westerly.

Read more: http://www.smh.com.au/environment/bushfires-threaten-sydneys-western-suburbs-nsw-rural-fire-service-issues-emergency-warnings-20130910-2thnl.html#ixzz2eSymX1ol
Posted by Unknown at 3:55 PM No comments: