US banks 'at risk from euro crisis' 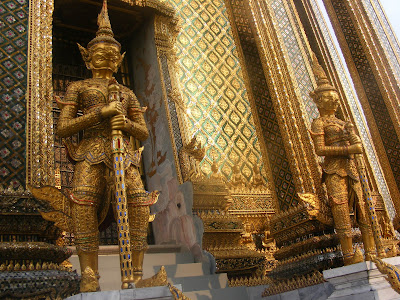 Central banks made their largest purchases of gold in decades in the third quarter, as a sharp drop in prices in September accelerated the shift to bullion as a means of diversification.

The scale of the buying, at 148.4 tonnes on a net basis, was far bigger than previously disclosed, surprising some traders.

The data were published in a quarterly report by the World Gold Council, a lobby group for the gold industry, on Thursday.

The WGC declined to identify of the central banks behind the majority of the buying citing "confidentiality restrictions," saying only that "a slew of new entrants emerged wishing to bolster gold holdings."

Central banks are one of the most important drivers of the gold market but few disclose details about the changes in their bullion reserves.

Central banks became net buyers of gold last year after two decades of heavy selling -- a reversal that has helped propel the price of bullion to a high of $1,920.30 a troy ounce, up 600 per cent in a decade.
Posted by Unknown at 6:47 PM No comments: 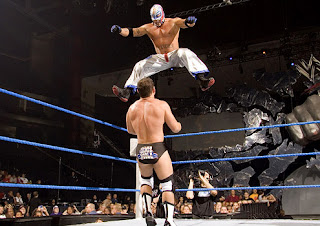 Of course this price drop would have nothing to do with certain entities smacking down the price prior to COMEX options expiration on the 22nd. Nothing for the CFTC see here, move on.

Traders were worried that a spiraling financial crisis in Italy, Spain and France could hurt U.S. banks. If that happens, it could slow growth and cut demand for industrial metals like copper and palladium. It would also slow inflation, which undermines demand for precious metals like gold and silver.

Traders began selling metals after Fitch Ratings warned late Wednesday that large U.S. banks could be hit hard if Europe's debt crisis spreads. If that happens, it could the fragile U.S. economic recovery.

A weak economic recovery would mean that inflation won't be very severe. That undermines demand for gold, said George Gero, vice president at RBC Global Futures in New York. Traders buy gold as a way to hedge against a weaker dollar.

Slow economic growth also cuts demand for industrial metals like copper and palladium, which are used as raw materials in the world's factories.

"Sell everything. Run to cash. Hide. Take cover," he wrote.  (Tears: Well he would, wouldn't he)

Read in full
Posted by Unknown at 1:08 PM No comments: 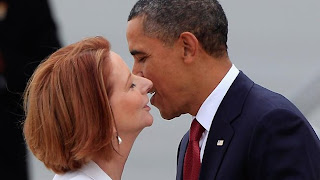 With Barry in the country this week all eyes turned to his "special relationship" with Julia.

It seems that the 26 hours Barry spent in Australia must have been very special as he has promised to inject loads of US seamen into Australia on a regular basis for years to come. An African bloke and Welsh gal haven't been this close since Rorkes Drift.

This has lead to a love triangle tiff as China had been hoping to inject their seamen into SEA and Australia in the coming years. Oh well all is fair in love and war. 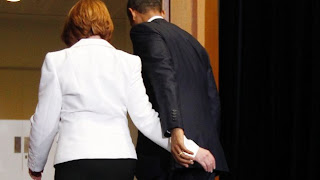 So much for the Hope & Change in Greece and Italy......
From: RussiaToday  | Nov 17, 2011
In Italy, students clashed with police when thousands of people marched in protest against budget cuts and a lack of jobs. It followed new Prime Minister Mario Monti's maiden speech in parliament, where he pledged to push through austerity measures, which will mean huge sacrifices for ordinary people. The cracks are widening elsewhere in the Eurozone, with a fresh blow from one of its strongest members.

From: RussiaToday  | Nov 17, 2011
Thousands of protesters on Thursday took part in an annual demonstration in the capital Athens to commemorate 1973 crackdown on a student uprising by the military dictatorship that ruled Greece from 1967 to 1974. Some 7,000 police - about one for every demonstrator - were monitoring the protest, which comes at the height of a vicious financial crisis that has seen many violent demonstrations.

Keiser Report: In Debt We Trust

From: RussiaToday  | Nov 17, 2011
This week Max Keiser and co-host, Stacy Herbert, discuss simple thieves and honest graft. In the second half of the show, Max Keiser interviews Mike 'Mish' Shedlock about the European debt crisis and the MF Global missing funds crisis.