With debt ceiling talks continuing and President Obama insisting on a long-term solution, the US is just three weeks away from a financial collapse. International investors such as the Chinese and rating agencies are already concerned, so what happens if Washington doesn't raise the debt limit? Peter Schiff, president of Euro Pacific Capital, talks to RT's Lauren Lyster. 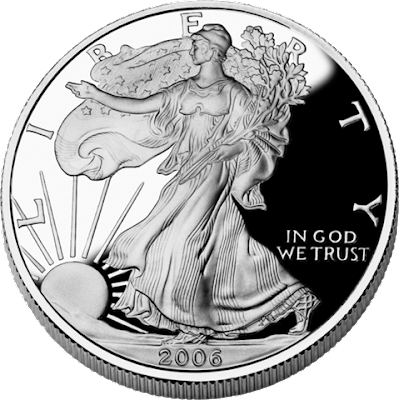 The end of June marked what is hopefully the end of the Federal Reserve's policy of quantitative easing. For months the Fed has purchased hundreds of billions of dollars of Treasury debt, enabling the government to fund its profligate deficit spending, push the national debt to its limit, and further devalue the dollar. Confidence in the dollar is plummeting, confidence in the euro has been shattered by the European bond crisis, and beleaguered consumers and investors are slowly but surely awakening to the fact that government-issued currencies do not hold their value.

Currency is sound only when it is recognized and accepted as such by individuals, through the actions of the market, without coercion. Throughout history, gold and silver have been the two commodities that have most fully satisfied the requirements of sound money. This is why people around the world are flocking once again to gold and silver as a store of value to replace their rapidly depreciating paper currencies. Even central banks have come to their senses and have begun to stock up on gold once again.

But in our country today, attempting to use gold and silver as money is severely punished, regardless of the fact that it is the only constitutionally-allowed legal tender! In one recent instance, entrepreneurs who attempted to create their own gold and silver currency were convicted by the federal government of "counterfeiting".

Also, consider another case of an individual who was convicted of tax evasion for paying his employees with silver and gold coins rather than fiat paper dollars. The federal government acknowledges that such coins are legal tender at their face value, as they were issued by the U.S. government. But when it comes to income taxes owed by the employees who received them, the IRS suddenly deems the coins to be worth their full market value as precious metals.

These cases highlight the fact that a government monopoly on the issuance of money is purely a method of central control over the economy. If you can be forced to accept the government's increasingly devalued dollar, there is no limit to how far the government will go to debauch the currency. Anyone who attempts to create a market based currency-- meaning a currency with real value as determined by markets-- threatens to embarrass the federal government and expose the folly of our fiat monetary system. So the government destroys competition through its usual tools of arrest, confiscation, and incarceration.

This is why I have taken steps to restore the constitutional monetary system envisioned and practiced by our Founding Fathers. I recently introduced HR 1098, the Free Competition in Currency Act. This bill eliminates three of the major obstacles to the circulation of sound money: federal legal tender laws that force acceptance of Federal Reserve Notes; "counterfeiting" laws that serve no purpose other than to ban the creation of private commodity currencies; and tax laws that penalize the use of gold and silver coins as money. During this Congress I hope to hold hearings on this bill in order to highlight the importance of returning to a sound monetary system.

Allowing market participants to choose a sound currency will ensure that individuals' needs are met, rather than the needs of the government. Restoring sound money will restrict the ability of the government to reduce the citizenry's purchasing power and burden future generations with debt. Unlike the current system which benefits the Fed and its banking cartel, all Americans are better off with a sound currency.
Posted by Unknown at 9:56 PM No comments:

Coming Soon to an Airport Near You 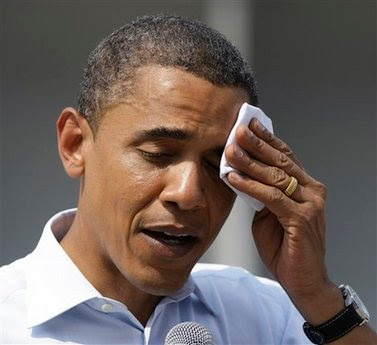 
If you fly within the United States in the future, keep your expression neutral, do not blink too much or too little, and do not sweat. Carefully maintain a normal respiration and heart beat as you submit to demands from Homeland Security agents. If you question or resist their demands, you could be detained as a pre-crime suspect, fined up to $11,000 and added to a No Fly list.

On July 5, a headline in the bioethical news source BioEdge declared, “‘Pre-crime’ terrorist detector field tested in US.” BioEdge explained that the Department of Homeland Security (DHS) has finished initial testing of Future Attribute Screening Technology (FAST), which is “designed to spot people who intend to commit a terrorist act.” According to DHS documents, however, FAST targets a far broader range of people, from “individuals planning to cause a disturbance or use false documents to individuals who are planning an assassination or terrorist attack. The future time horizon can range from planning an event years in advance to planning to carry out the act immediately after passing through screening.”

Unlike most other security measures, FAST is not aimed at finding contraband or explosives but at identifying suspicious people before they can cause trouble. FAST expands a trend currently expressed through the behavior detection officers who are part of a TSA (Transportation Security Administration) program entitled Screening Passengers by Observation Technique (SPOT). These TSA screeners are trained to spot and detain questionable people even if the people have done nothing wrong; about 3,000 behavior-detection officers are currently spread throughout America’s airport system........read on

China says US spends too much money on military 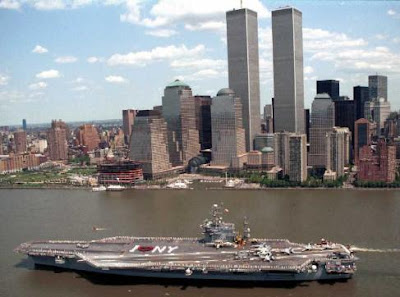 BEIJING (AP) — The United States is spending too much on its military in light of its recent economic troubles, China's top general said Monday while playing down his country's own military capabilities.

The chief of the General Staff of the People's Liberation Army, Chen Bingde, told reporters he thought the U.S. should cut back on defense spending for the sake of its taxpayers. He was speaking during a joint news conference in which he traded barbs with visiting U.S. counterpart Adm. Mike Mullen.

"I know the U.S. is still recovering from the financial crisis," Chen said. "Under such circumstances, it is still spending a lot of money on its military and isn't that placing too much pressure on the taxpayers?

"If the U.S. could reduce its military spending a bit and spend more on improving the livelihood of the American people ... wouldn't that be a better scenario?" he said......read on
Posted by Unknown at 8:18 PM No comments: 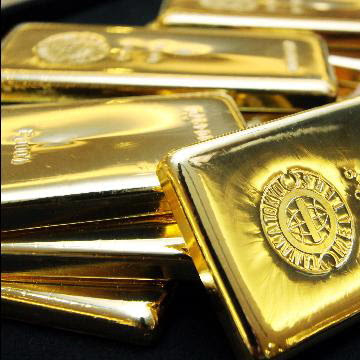 Andrew Maguire talks to Eric King of King World News about the Pan Asian Gold Exchange........listen here
Posted by Unknown at 5:44 AM No comments:


European finance ministers are discussing a second rescue package for Greece - this one expected to be around $176bn.

Meanwhile, there are fears that the Greek debt crisis could spread to Italy.

Policy tensions between Prime Minister Silvio Berlusconi and his finance minister, Giulio Tremonti, are a major factor in the market jitters.

And a recent dramatic drop in Italian stocks and bonds has got people worried about what Italian media ominously call the "Athens Syndrome".

Jim Rogers - 'Siver is going much higher over the next decade'

Gold buying up in India as Hindu festival starts 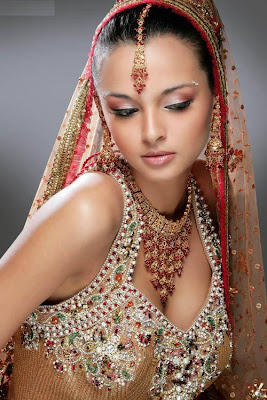 (AFP) MUMBAI — Indian gold retailers on Friday reported brisk trade as an auspicious two-day Hindu festival got under way, triggering higher demand for the precious metal, despite soaring domestic and world prices.Gold purchases are traditionally high during the Akshay Tritiya celebrations, which marks the birth of Annapurna, the Hindu goddess of food, and is seen as a lucky time for India’s 900 million Hindus.

The festival, which ends Saturday, also coincides with the busy wedding season during which gold is traditionally presented to the bride and groom.”We are seeing high walk-ins, mainly for gold jewellery,” said a marketing official with the Malabar Gold group, a leading retailer in the southern city of Bangalore, where the festival is popular.”High (gold) prices have not deterred people from buying the yellow metal,” added Anand James, chief analyst at trading firm Geojit Comtrade in Mumbai.

Last year sales reached around 45 tonnes.India is the world’s biggest importer and consumer of gold.Fears about rising inflation and commodity prices have pushed the cost of the metal to record levels, as investors seek a safe haven against economic turbulence.Gold was at $1,483.39 an ounce in trade in London on Friday.

On the Multi Commodity Exchange of India Ltd (MCX), gold futures for June were quoted at 21,695 rupees ($487 dollars) per 10 grams. Prices hit a record 22,300 rupees levels at the end of April.Demand for gold in India soared 66 percent to 963.1 tonnes in 2010, according to the World Gold Council, which expects robust demand in the current calendar year.

Posted by Unknown at 2:55 AM No comments: 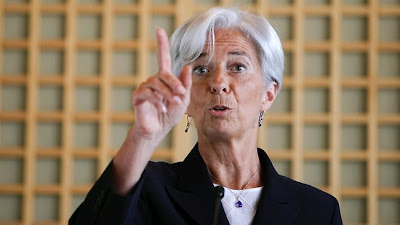 "And that's clearly against the purpose and the mission of the International Monetary Fund. So we are -- we are concerned."

Without an agreement, she said she could see "interest hikes, stock markets taking a huge hit and real nasty consequences, not just for the United States, but for the entire global economy, because the US is such a big player and matters so much for other countries."....read on