Read more
Posted by Unknown at 11:28 PM No comments: 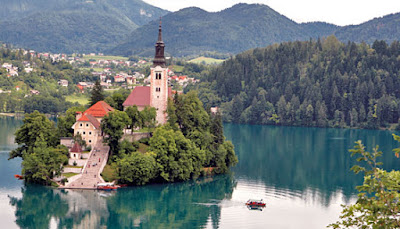 Just over a year ago I noticed a surprising spike in readers of this blog from the country of Slovenia. This was surprising, as well this blog is written in English and the population of Slovenia is only 2 million. I wondered at the time want that meant, but I never came up with anything concrete other than to speculate that there might be a bank runs in their future, just had been the case when I had a spike in readers from Korea prior to bank runs in that country. Link to old post

Although it seems the phrase "better to be a year early than a day late" seems to apt in the case of Slovenia as speculation is rife that it might be the next country requiring a banking bailout, and after Cyprus that could mean deposits are at risk. So was it the case in Slovenia over a year ago that the smart money was looking around for options to exit their banking system and protect wealth?

LONDON, March 28 (IFR) - Slovenia has been thrown into the spotlight as the next eurozone country likely to seek an international bailout, given the fragile state of its banking sector.

"Slovenia is now inevitably heading to a bailout, the eurozone shot itself completely in the foot following the Cyprus issue," said Tim Ash, head of EM research ex-Africa at Standard Bank.

Read in full
Posted by Unknown at 8:45 PM No comments: 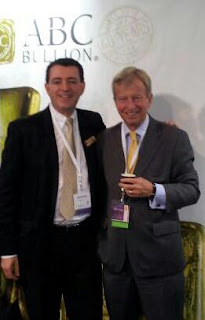 Egon discusses the Cyprus banking crisis and the fact it will become the template for future bailouts and hence the need to have access to money outside of the banking system, such as gold and silver. Listen to the KWN news interview here
Posted by Unknown at 8:25 PM No comments:

What a bunch of stone age strugglers. I love the following questions / statements:

Where can you buy it?  Well gee how about at a bitcoin exchange like this one: mtgox

"Its value is so unstable, its price is all over the place" - If by that you mean its value has risen steadily since inception (as per the graph in the video). Which of course is in stark contrast to the US$ which has fallen in value by 98% since inception.

Google Glass to be made in USA instead of thieving China 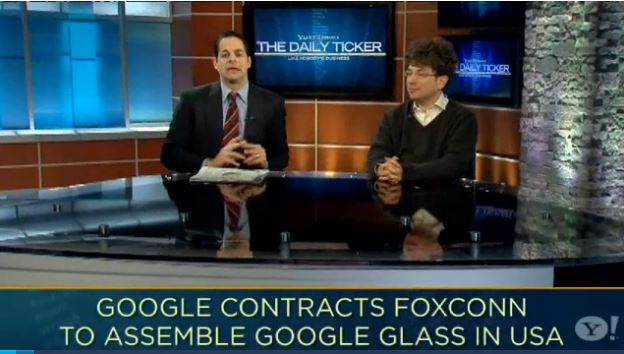 David Stockman: We've Been Lied To, Robbed, And Mislead


In this episode of the Keiser Report, Max Keiser and Stacy Herbert discuss the previously successful UK economy which who has become addicted to gambling and spending fortunes on spread betting and so has turned to operating ponzi schemes in order to keep the appearance of economic activity.

In the second half of the show, Max Keiser talks to former Scotland Yard fraud squad detective, Rowan Bosworth-Davies of Rowans-Blog.blogspot.co.uk about the evidence he gave to the Parliamentary Committee on Banking Standards that went missing and how it is that the British banking system is remarkably similar to an organized crime racket.

A new global bank is being born in South Africa - where the world's top emerging economies are meeting. The new financial powerhouse would be a direct challenger to the World Bank and the IMF - both dominated by the US. Brazil, Russia, India, China and South Africa also green-lighted a new, mammoth crisis fund - and hinted they would ditch the dollar.