With the anti-Wall Street protest in its fourth week, demonstrators' voices are only getting louder and spreading wider. From coast to coast, in dozens of cities, people have been taking to the streets to demand an end to the fat-cat culture and economic inequality.

An entire system of global trade is at risk 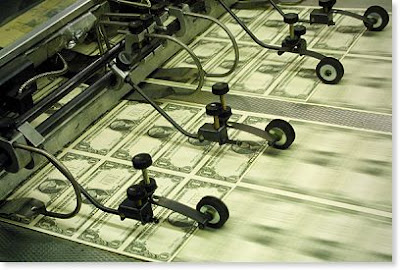 Sir Mervyn King, the Governor of the Bank of England, this week called the current financial crisis “the most serious… since the 1930s, if ever”, in justification for a further £75 billion of “quantitative easing”. Since Sir Mervyn cited the chaos of the inter-war years, it seems appropriate to quote Winston Churchill: “Want of foresight, unwillingness to act when action would be simple and effective, lack of clear thinking, confusions of counsel, until the emergency comes, until self-preservation strikes its jarring gong – these are the features that constitute the endless repetition of history.”

We are at just such a moment again. Little more than two years ago, global leaders were happily congratulating themselves on having avoided the mistakes of the 1930s, thereby averting a depression. But now it appears that the difficulties of 2008 were but a foretaste of what was to come. With the European banking system again on the verge of collapse, there is a sense that politicians and economists are out of options, that governments and central banks are powerless before events. The best of the cavalry has been sent into battle, and it has come back in tatters. The fiscal armoury has been exhausted, the support offered by the boom in emerging markets such as China and India over the past two years seems to be on its last legs, and there is but the small rifle fire of the central bank printing presses left to defend us......read on
Posted by Unknown at 2:17 PM No comments: 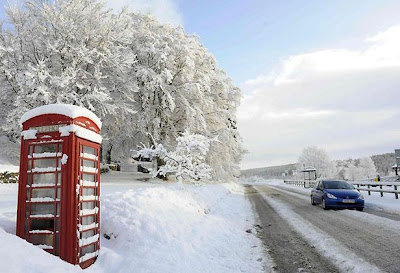 BRITAIN is set to suffer a mini ice age that could last for decades and bring with it a series of bitterly cold winters.

And it could all begin within weeks as experts said last night that the mercury may soon plunge below the record -20C endured last year.

Scientists say the anticipated cold blast will be due to the return of a disruptive weather pattern called La Nina. Latest evidence shows La Nina, linked to extreme winter weather in America and with a knock-on effect on Britain, is in force and will gradually strengthen as the year ends.

The climate phenomenon, characterised by unusually cold ocean temperatures in the Pacific, was linked to our icy winter last year – one of the coldest on record.

And it coincides with research from the Met Office indicating the nation could be facing a repeat of the “little ice age” that gripped the country 300 years ago, causing decades of harsh winters.

The prediction, to be published in Nature magazine, is based on observations of a slight fall in the sun’s emissions of ultraviolet radiation, which may, over a long period, trigger Arctic conditions for many years.

Although a connection between La Nina and conditions in Europe is scientifically uncertain, ministers have warned transport organisations and emergency services not to take any chances. Forecasts suggest the country could be shivering in a big freeze as severe and sustained as last winter from as early as the end of this month....read on
Posted by Unknown at 2:03 PM No comments: