Duh! - Every bull market ends in a moon shot. The Gold and Silver markets will be no different, but we years from that point yet. Good things come in small packages and to those with patience.

I once read on a Swiss brokerage website that they accepted anyone as a client except persons domiciled in Chad or the USA......seems nothing much has changed.

(Reuters) In view of the tax dispute with the United States increases, the Zurich Cantonal Bank (ZKB) completely out of the business with American customers. "The risks of holding on to U.S. business would be under the new sign too big," said a ZKB spokesman, confirming a report by the "Tages-Anzeiger".

As early as 2009, ZKB had separated from the U.S. clients with security deposits. Meanwhile, the United States but the pressure is further increased and the ZKB as ten other Swiss banks targeted by the U.S. Internal Revenue Service.

Now the state wants no U.S. bank customers with more personal accounts. "Now we say goodbye to all of us in the U.S. domiciled clients," said the spokesman. The customers had until 21 February period, specify where the money is transferred. Then ask the ZKB from a check that could be picked up at the bank.

Martin Armstrong - The Military vs The People

Once again items made from Silver retain or significantly increase in value over eons, whereas all paper eventually turns to dust and returns to the soil that it can from.

Anyone missing some Silver?

Any ABC Bullion customer missing 120kg of Silver bullion? If so I think the police in Sydney have just found it: 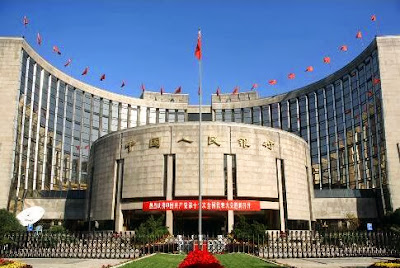 Chinese Premier Wen Jiabao said business conditions may be “relatively difficult” this quarter and monetary policy will be fine-tuned as needed.

“We see downside pressure on our economy and elevated inflation at the same time,” Wen said during a two-day trip to Hunan province, according to a statement on the government’s website yesterday. “We also face problems of weakening external demand and rising costs for companies.”

Economists at Barclays Capital and Bank of America Corp. say the central bank will cut lenders’ reserve requirements (CHRRDEP) before a weeklong Chinese New Year holiday starts on Jan. 23, the second reduction since 2008. The ruling Communist Party is shifting focus to supporting growth rather than damping inflation as Europe’s debt crisis threatens to curb exports.

“The government is closely monitoring the downside risks to growth,” said Chang Jian, a Hong Kong-based economist at Barclays Capital. “With an expected deceleration in property investment and exports, we expect to see more weakness in industrial activity.”....read more
Posted by Unknown at 7:27 PM No comments:

Hoping you have stacked some phyzz

Bix Weir on Silver and more