Bob Chapman - The People in Power are Insane

On The Edge with Jerry Robinson

Posted by Unknown at 5:40 PM No comments:


On this week's show: Brazil, Russia, India, China and South Africa - we are talking BRICS. They are the world's emerging powers but what unites them and what divides them?

Plus, India is growing fast and churning out students, but are they really qualified to take on the top jobs? And, America's mountain of debt - is there a credible plan to tackle it? The organisation that has helped bail out Eurozone nations thinks not.


Al Jazeera has received this video of protesters heading from the Damascus suburb of Irbin towards nearby Zamalka on April 15.

Another US company gets shredded in Communist China‏ 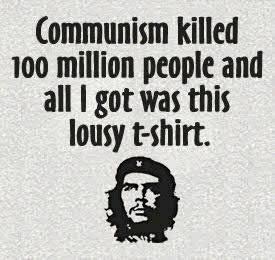 There are few paper shredders in the world that can rip an A4 piece of paper into 2,000 pieces, and come with functions like SilentShred, SafeSense, and “100% Jam Proof”—and most that do have the name “Fellowes” printed on top. But consumers may soon be able to buy, say, the deluxe Powershred C-480Cx, without the Fellowes brand, because the company’s entire business in China has been stolen by its joint venture partner.

Over 1,600 workers at the joint venture facility in China turned up one day in August last year to find that the factory gates were locked, trucks had blockaded the entrances, and a group of rough-and-ready enforcers were telling them to move on.

And some days later, in the dead of night, a truck entered the facility and stole some of the million-dollar manufacturing tools used to make the shredders, some of which weigh several tons. The joint venture partner “proceeded to destroy our business,” according to James Fellowes, the CEO, at a Congressional Hearing on March 31.....read on
Posted by Unknown at 2:35 PM No comments: 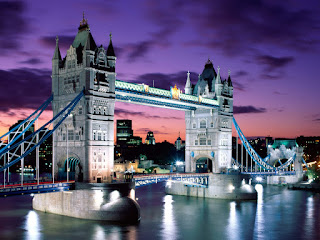 Max and Stacey's weekly radio show from London........listen here
Posted by Unknown at 2:23 PM No comments:


It's not only military intervention--economic foreign policies are coming under fire too. As the International Monetary Fund meets in Washington, critics blame their policies of the conditions that led to the unrest in the Middle East. 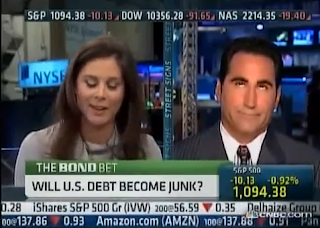 Michael Pento, Senior Economist at Euro Pacific Capital, discusses the destruction of the US middle class with Eric King of King World News.....listen here
Posted by Unknown at 12:36 PM No comments:

The US$ will be toast, Capital Controls coming

At the 14:10 mark the guest gushers his and the IMF's support for capital controls.

This is a most dangerous development. I have been warning of capital controls coming to the US on this blog and discreetly with US clients for over 12 months now. If you live in the USA and you don't have a "last plane out" plan with some of your assets held securely outside of the USA please don't delay any longer. When you hear about capital controls being talked about on CNN and CNBC it will be too late, they will already be in place and your net worth will also be burnt toast.

And Americans died fighting the Nazis to protect the USA from.......?

USA defending itself to death


The U.S. is planning to spend around $700 billion on the military alone this year. Lawmakers have decided on $38 billion of spending cuts, but none are coming out of the country's defense budget.

Rise of the BRICS: 'Asian DAVOS' steps through the ropes

I love Dmitry's silver tie, I wonder if he is trying to tell us something?


Change or remain mired in problems.... Dmitry Medvedev has sent a clear message about the state of the global financial system at the start of an annual economic forum in China. The event's dubbed the Asian Davos, as it brings together leaders and businessman from the region.