Egon von Greyerz on US Debt and Gold

Egon von Greyerz discusses the joke of the US debt ceiling, the increasing debt levels and how it will affect the Gold price going forward. Listen to the KWN interview here
Posted by Unknown at 5:30 PM No comments:

Merry Christmas from Marc Faber, by the way you are all doomed, and so forth.

RT America's most influential people of 2012

Some Friday afternoon humour for all my Gold and Silver Bug followers.

The following video is provided for its comedic value only and should not be construed as investment advice. 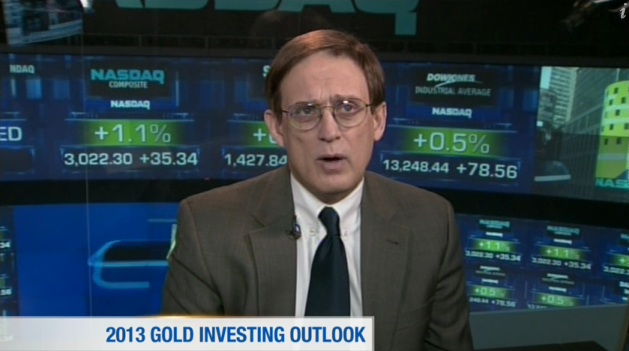 Gerald Celente - Trends In The News - "The Great Officials"

Keiser Report: Too Big To Jail

Published on Dec 13, 2012
In this episode, Max Keiser and Stacy Herbert look at HSBC being fined rather than criminally charged in order to avoid destabilizing the system, while JP Morgan and others are being sued for about a trillion in bad mortgages investors were duped into buying. They also look at "1001" under which bankers who lied to the federal housing authorities could be criminally tried for lying to a federal official. In the second half, Max Keiser talks to Kyra Maya Phillips of MisfitEconomy.com about democracy aboard pirate ships of the 18th century on which No Plunder, No Pay was the name of the game and innovation happened on the fringe. Max proposes banksters walk the plank in a specially built platform in Trafalgar Square.