Dec. 1 (Bloomberg) -- Mauro Guillen, a professor at the Wharton School of the University of Pennsylvania, talks about the European debt crisis. Six central banks led by the Federal Reserve made it cheaper for banks to borrow dollars in emergencies in a global effort to ease Europe’s sovereign-debt crisis.

The Rise and Fall of the US Empire 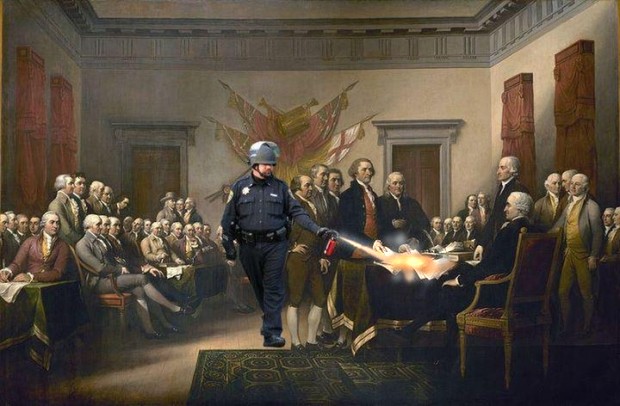 China, Iran and the threat of WWIII 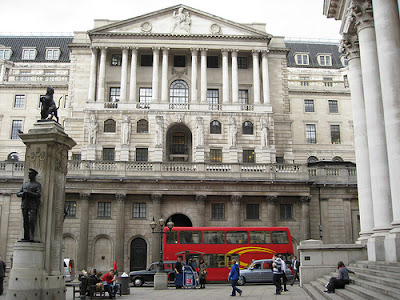 Britain has been sucked into a second credit crunch that threatens the stability of the world’s banking system, Downing Street warned last night.

Central banks from around the world – including the Bank of England and China’s equivalent – yesterday launched a dramatic rescue bid worth hundreds of billions of dollars.

It was agreed to head off a repeat of the 2008 crash when banks simply stopped lending to each other, bringing the world economy to a halt.

The operation, led by the U.S. Federal Reserve, came amid fears that at least one major European bank may be teetering on the brink of collapse and that the eurozone countries could not be trusted to act swiftly enough to solve their problems.

Bank of England sources said last night the money being made available to struggling banks under the new facility was ‘unlimited’. But a similar scheme during the last credit crunch peaked at $583billion (£365billion) in late 2008.

Stock markets around the world rallied in response to the ‘pre-emptive strike’, with the FTSE 100 index closing up more than three per cent.

However, the credit ratings agency Standard & Poor’s downgraded its ratings on 15 global banks – including Barclays and HSBC – by one notch yesterday.

Read more: http://www.dailymail.co.uk/news/article-2068138/Britain-joins-multi-billion-pound-global-bailout-key-banks-face-new-credit-crunch.html#ixzz1fFwzxfgl
Posted by Unknown at 4:02 PM No comments:

Gold & Silver vs The World

Management and staff at ABC Bullion wish to thank all our clients and guests who attended our investment education presentation last night. By all accounts it was very well received, with a great deal of information that rarely sees the light of day shared in an engaging way.

To those who were unable to attend, or wish to review the information presented it was recorded and we plan to release a highlights DVD of the event in the near future.

Pakistan done with US?

From: RussiaToday  | Nov 30, 2011
A furious Pakistan is making its anger abundantly clear, over the recent NATO air strike which killed 24 of its soldiers. It's now pulled completely out of a key security conference on Afghanistan's future next week. It also promised to permanently close the alliance's key military supply route through its territory.

Pakistan's military on Wednesday released footage showing what they said was the aftermath of the NATO airstrike that killed 24 Pakistani soldiers.

More than 2 million participants put the public sector on hold in the UK, as unions stage a massive public sector strike. It is the largest of its kind in 30 years.

Gold, Silver and particularly the little Aussie battler have moved higher in overnight trade as a cabal of central banks announced they will create some more fiat currency in their back office and pump it into some banks that you wouldn't trust to manage a bag of minties. 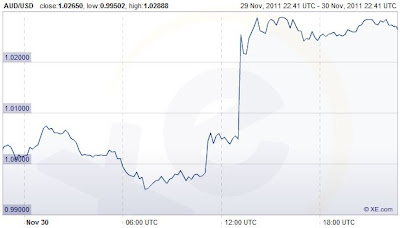 THE world's top central banks have sprung into action to help cash-strapped banks, while the EU acknowledged it has 10 days in which to fix a crisis threatening a global financial meltdown.

The central banks of the eurozone, the United States, Japan, Switzerland, Canada and Britain collectively announced a giant shot in the arm with "liquidity support to the global financial system".

Stocks and the euro each surged on the move, intended to restore some confidence on markets wearied by the failure of leaders to act decisively to a crisis that French Foreign Minister Alain Juppe warned risks destroying Europe and a return to conflicts on the continent.

Many banks are being squeezed by the weight of downgraded government debt bonds in their books and have been finding it difficult to borrow from one another. This has raised pressure to reduce lending to businesses that would choke off economic growth.

The central banks said they would make funds available to banks at lower interest rates until February 2013 in order to "mitigate the effects of such strains on the supply of credit to households and businesses"......read on
Posted by Unknown at 9:21 AM No comments:

From: AlJazeeraEnglish  | Nov 30, 2011
Britain has ordered the immediate closure of Iran's embassy in London and closed its own embassy in Tehran after it was stormed by protesters.

An interesting story, seems the US has finally woken up to the ties between Burma and China and is trying to drive a wedge between them. What goes unsaid and is no doubt the main reason for US interest in Burma is that China was starting to use Burma as it's Indian Ocean port for its navy. As it stands China has no aircraft carrier battle groups, so it can only project military power in the North Pacific from home ports, but with access to Burma China can project into the increasingly significant Indian Ocean and its strategic sea trade routes. 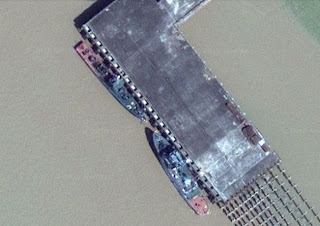 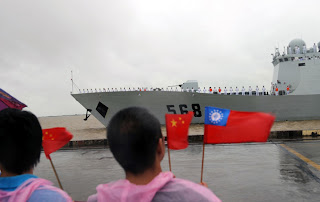 Signs of reform have prompted Hillary Clinton to make a historic visit to the poorest nation in south-east Asia, writes Lindsay Murdoch.

Aung San Suu Kyi stood before almost a million people outside Rangoon's gold-encrusted Shwedagon pagoda and declared her support for a multi-party democracy, defying the military dictators who had turned Burma into an impoverished pariah state over three decades of brutal misrule.

Clinton's three-day visit will not only open reclusive Burma to intense international scrutiny but will also place the country at the centre of the competing regional interests of the US and China.

A series of reforms by Burma's President, Thein Sein, a former prime minister and general in a previous military junta, have caught most Burma-watchers by surprise.

So far, the government has suspended a controversial Chinese-backed hydro-electric dam project in northern Kachin State, saying the decision was to ''respect the will of the people''. It was one that stunned China, as 90 per cent of the electricity generated at the Myitsone dam was to go across the border to China and Chinese investors were pouring $US3.6 billion into the project.

This came amid a flurry of other changes, including the release of more than 6000 prisoners, the introduction of more liberal labour laws, less press and internet censorship and a toning down of government propaganda. Last week the parliament also approved a law allowing public protests, which had been banned.

Marc Farber - Money printing will continue to hide the problems 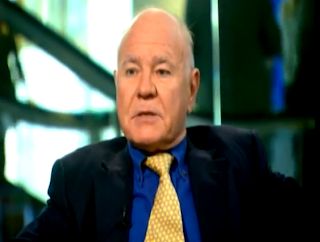 Marc Faber discusses equities, money printing, declining living standards, capital flight from China and so forth with Eric King of King World News......listen here
Posted by Unknown at 7:31 AM No comments: