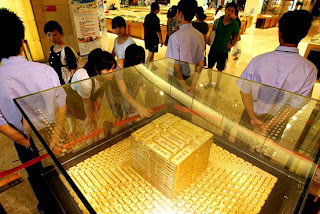 From The Wall St Journal:

That surpassed purchases made by ETFs and surprised analysts, who until now had no clear insight into the size of China’s buying.

“Everybody in the gold market knew there was a surge in investment demand, but they didn’t know it was China,” said Jeff Christian, managing director at CPM Group......read in full
Posted by Unknown at 9:10 AM No comments:

Angela Merkel warned that Germany could abandon the euro 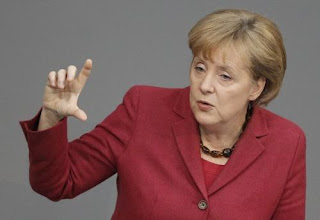 The German chancellor, Angela Merkel, has warned for the first time that her country could abandon the euro if she fails in her contested campaign to establish a new regime for the single currency, the Guardian has learned.

At an EU summit in Brussels at the end of October that was dominated by the euro crisis and wrangling over whether to bail out Ireland, Merkel became embroiled in a row with the Greek prime minister, George Papandreou, according to participants at the event's Thursday dinner......read on
Posted by Unknown at 8:54 AM No comments: