Martin Armstrong on the SEC and MF Global

click on the image go thru to the report
Posted by Unknown at 5:46 PM No comments: 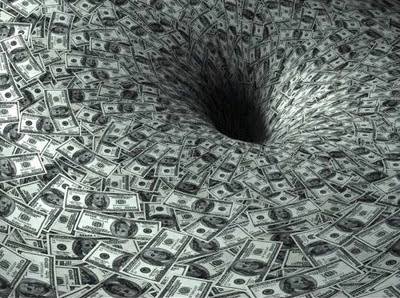 By now, most readers should be familiar with the way the mainstream propaganda machine "spins" the news. When the U.S. savings rate experienced a short, sharp jump higher in response to the Crash of '08, media talking-heads saluted a "new generation of thrifty Americans", whose savings would finance future economic expansion.

Now, with that savings rate having suddenly plummeted again, the propagandists are crowing about how this means "more consumer spending". What's truly remarkable about these media pundits is that they will argue either side of the same issue - and yet manage to be wrong both times.

With the simplistic, sound-bite analysis we get from the mainstream media, one of the most elementary aspects of statistics is never explained to readers: they are aggregate numbers. In other words, if we were to say that the U.S. had a savings rate of 2%, this would not mean that everyone was saving 2% of their earnings. Rather, once we averaged-out the different savings (or spending) rates of each individual American they would average 2%.

By applying existing economic parameters to these numbers, however, we can engage in a more sophisticated level of analysis. If we flash back to the peak of the U.S. housing bubble, the U.S. economy had managed the dubious achievement of a "negative" savings rate - i.e. the U.S. population as a whole was saving less than zero.

This did not mean that all Americans were depleting their savings. Those at the very top rarely (if ever) cease their relentless hoarding. During the peak of the U.S. housing bubble they were raking-in $trillions - and squirreling it all away. Despite that massive savings, the rest of the population was in the most reckless spending-binge in history, dragging the aggregate number below zero.

What makes this episode such an economic abomination is that for most Americans they were not spending "savings" - they had already depleted their savings. Rather, a large segment of the U.S. population with virtually no savings was leveraging themselves deeper and deeper into debt.

We can then take this context and factor it into the brief surge in the U.S. savings rate which occurred following the Crash of '08. There was little to celebrate here, despite the reversion from the previous (suicidal) negative savings rate. Contrary to what the aggregate number suggested, all Americans were not saving money.

Those at the top ceased spending, and increased their insatiable hoarding. We know this because even the luxury retailers saw their sales revenues crushed by that crash. Thus, a tiny segment of the population which was already collectively hoarding $100's of billions per year in new wealth began hoarding even more. By itself, this would account for most of the increase in the savings rate.

A tiny segment of ordinary people, the 10% of the U.S. population which remains "middle class" would have also genuinely increased their savings. For all the rest of the U.S. population there was literally nothing to "save". These people were already spending more than they were earning every month prior to the Crash. Following that, they either had no jobs, minimum-wage jobs, or were being subjected to repeated pay-cuts because they were supposedly "overpaid".

These people did not start saving money. Rather, they were ruthlessly cut off from further credit by U.S. banks, making it impossible to continue their "negative savings". The indebtedness of these Americans continued to rise due to the compounding of interest on their debt combined with falling earnings, while their spending also fell due to being cut-off from more credit - the worst of both worlds for a consumer economy.

Now we hear that the U.S. savings rate is again plummeting toward zero, at its lowest rate since 2007. The propaganda-machine would have us believe that the falling savings rate signals a "pick-up in consumer spending", the facts suggest otherwise. Strip away the real rate of inflation in the U.S., which has been hovering around 10% all year (as per Shadowstats.com), and U.S. consumer spending has been steadily falling. Simply, Americans are buying fewer goods.

Soaring inflation is causing cash-strapped Americans to go further into debt, to the point where they can afford to buy less and less goods each month. That is the reality of the recent fall in the U.S. savings rate. However, when we combine it with other recent data and events, the picture is nothing less than terrifying.

At the same time that we have news of a plummeting U.S. savings rate, a Reuters headline pointed to "tumbling" consumer confidence, and "stagnant" (i.e. falling) home prices. Along with this, for the last two months we have seen the U.S. manufacturing indices plunge into "recession" levels. Meanwhile, the largest source of new jobs over the past decade - government - has just begun a wave of massive of job-slashing.

At the state and local level, governments continue to hack into their budgets, desperately trying to fend off bankruptcy. With their revenues once again falling (and missing revenue projections), the job-cutting here can only intensify. At the federal level, where Bernanke's printing press (supposedly) shielded the politicians from fiscal reality, we continue to be promised by both political parties that "massive cuts" to the federal budget are (finally) imminent.

What is more assuredly "imminent" is another wave of money-printing by B.S. Bernanke. To this point all that has restrained him from cranking-out another mountain of Bernanke-bills is the lack of "political cover" to continue on this road to hyperinflation. However, the ECB's printing press is now running white-hot. U.S. politicians are solely focused upon their own re-election, and eying a "faltering recovery". Political cover is no longer a problem.

Yet another acceleration in money-printing must inevitably lead to a further spike in the inflation rate, since it is the money-printing itself which is the true definition of "inflation" - inflating the money supply. Here we see how hyperinflations occur.

On the one hand an economic depression severely squeezes government revenues, while simultaneously causing a dramatic spike in benefit payments, to partially alleviate the economic suffering. On the other hand we have governments operating with permanent deficits, and thus no money to spend for "a rainy day".

With no gold standard to place limits on money-creation, and the bankers constantly whispering into their ears to "print, print, print"; cowardly politicians cave in to expediency and money-printing escalates exponentially, while the anemic economy continues to contract. This causes the speed at which the value of our money plunges toward zero to also begin to escalate exponentially. And that is how all hyperinflations are created.

The actual "detonation event" varies from disaster to disaster, but the economic fundamentals which lead to this economic implosion are always the same: soaring fiscal deficits met with exponentially increasing money-printing. The U.S. economy is literally teetering on this precipice.

To pull back from this economic annihilation requires immediate, forceful action. Bernanke's printing press must be shut down (preferably, along with the Federal Reserve itself). The Wall Street Vampires (who were never "too big to fail") must be allowed to complete their self-destruction. They must be immediately cut-off from their infinite supply of "free" (newly-printed) 0% money from the Fed.

Meanwhile solvency must be restored to the U.S. Treasury. Following decades of the lowest tax rates in history for those on top, during which time the ultra-wealthy hoarded $10's of trillions of dollars; those ill-gotten gains must be taxed back. These idle hoards of wealth (the most-massive in history) are needed for constructive purposes.

Not only has this government (and other Western governments) been rendered insolvent so that the top-1% could get much, much wealthier; but those hoards of wealth our literally the "blood" which fuels our economies. The signs of imminent, economic disintegration are everywhere.

Similarly, U.S. house prices should not be falling while inflation is spiking. When we add the 10% inflation rate to the (roughly) 4% rate at which U.S. home prices are falling, we get an annual decline (in real dollars) of close to 14% - much worse than during any year of the Great Depression. And yet the propaganda machine is not only calling this an "economic recovery", but now we have the absurdity of being told that this is an "economic expansion".

Understand what is occurring here. The only thing which has allowed debt-saturated Western economies to inch back into anemic growth following the two, previous downturns in the business cycle was for ordinary people to take on huge amounts of debt. Our governments would proclaim a "recovery", and hoards of Pavlov's Dogs would resume shopping - on credit.

Now the credit has been maxed-out. The politicians (with the aid of their media megaphone) have again proclaimed a "recovery", and they literally don't understand why our economies are not once again growing. They don't understand that when you allow the top-1% of a population to hoard all of the wealth that such an economy will 'starve to death' and die, as economies have been doing for more than 2,000 years.

It is one thing to be speeding toward a cliff in a vehicle with no breaks. It is something far, far worse to be doing so when the driver is blind.

Willem Buiter: A Spanish Or Italian Default Could Happen In A Few Short Days

A Timeless Classic from Loius Farrakhan

Believe the Leprechaun, Gold is the Ultimate Safe Haven

As mentioned earlier this week noted trend forecaster Gerald Celente has revealed that he has taken a hosing on his commodities account held with a broker that was owned by MF Global. From the RT interview below I surmise that Gerald was trying to be a cheap bugger by buying COMEX futures contracts and then standing for delivery. He said that his frozen account was in the six figures so most likely he was trading 100oz gold futures contracts hence Gerald has been hosed for approx $176,500 or multiples there of.

Taking delivery of futures contracts is a cheap way to buy gold in quantity at spot plus baring, delivery and brokerage charges - basically he was buying gold at spot + approx 0.5% - a sweet deal, when it works!


Alternatively Gerald could have bought physical gold sales tax / GST free with the protection of it being securely held offshore in 1kg bar form at 0.85% over spot or in physical unallocated form for 0.7% over spot from me at ABC Bullion. Plus if he structured his account correctly via a non US domiciled company or trust he may not have been liable for capital gains tax on any future profits.

So often in life grasping for the cheapest option can cost much more than you save.