How an epidemic of fear caused the world's major banks to stop lending, triggering protests and industrial action.

Ghana is the second-largest producer of gold on the continent and is now home to a large network of gold fraudsters. Investors have lost millions at their hands. Africa Investigates goes undercover to lift the lid on this illusory pot of gold.

click on image to go to the report
Posted by Unknown at 9:54 PM No comments:

Italy is the battleground 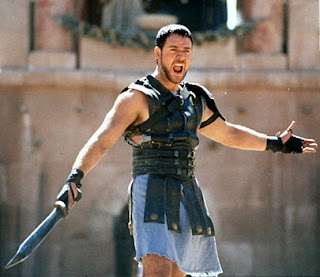 As Asia joins the Euro sentiment, where Hang Seng is down close to 5%, expect more volatility ahead. Italy is the epicentre of this “latest” renewed fears. We have been covering the Italian theme for quite some time, and pointing to the many threats we face from an implosion of the countries debt and economy. Italy is simply too big to bail out. Yesterday’s sharp spike in Italian rates, made investors very jittery, especially as the short dated maturities traded higher than the longer maturities, and we got that famous inverted curve.

Bloomberg reports on the Italian developments:

The biggest signal yet that the single currency’s third- largest economy is falling prey to its two-year debt crisis forces German ChancellorAngela Merkel, European Central Bank President Mario Draghi and their peers to decide just how far they’re willing to go to defend the euro.

“The market is testing the commitment of the euro zone’s stewards,” said Eric Chaney, Paris-based chief economist at insurer AXA SA and a former official in the French Finance Ministry. “Italy is the real crisis battleground.”

At 1.9 trillion euros ($2.6 trillion), Italy’s debt exceeds that of Greece,Spain, Portugal and Ireland combined, though unlike those nations, it has systemic importance as the world’s third-largest bond market and eighth-biggest economy. Berlusconi’s offer to quit has still left his nation struggling to produce a government stable enough to deliver austerity after LCH Clearnet SA raised the deposit it demands for trading Italian securities.

Read more
Posted by Unknown at 8:06 PM No comments:

Posted by Unknown at 2:33 AM No comments:

Berlusconi to bow out after budget vote fiasco

Posted by Unknown at 2:25 AM No comments:

Stocks and the euro plunged as Italian bond yields surged to euro-era records after a clearing firm increased the deposits it demands for trading the nation’s securities, intensifying the European credit crisis. The dollar strengthened and Treasuries surged.

This week Max Keiser and co-host Stacy Herbert discuss the Fed, the Treasury and the Holy Troika and whether or not the Pope should beatify Jon Corzine, the CEO of MF Global who "lost" hundreds of millions in client funds. In the second half of the show, Max Keiser interviews economist and professor Constantin Gurdgiev about Anglo Irish unsecured bondholders and the global debt crisis.