Money, Banking and the Federal Reserve

Posted by Unknown at 8:08 PM No comments: 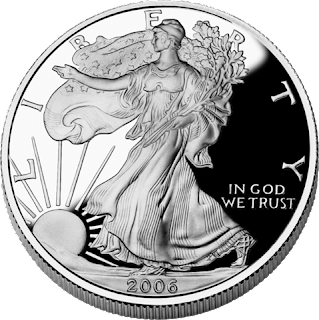 Sales of 1-ounce American Eagle silver coins are headed for a record this month, according to data from the U.S. Mint.

About 4,588,000 coins have been sold in January, according to data on the Mint website. That would be the highest monthly total since sales began in 1986.

From the Mao to the Deng to the Jiang to﻿ the Hu. You think you can keep on telling us what to do!
Posted by Unknown at 5:15 PM No comments:

Are you Ready to Rumble?

The latest report on what is in store for the world economy in 2011 by the cycles guru Martin Armstrong.......read here
Posted by Unknown at 3:29 PM No comments: 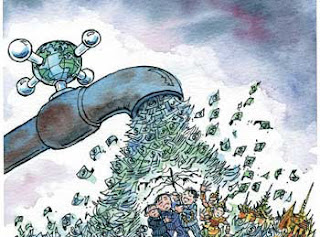 Surely some of this "liquidity" will flow into the precious metals and commodities markets. The end of the bull market in gold and silver is nowhere in sight if this is the current thinking of the smartest guys in the room.....

The world's expected economic growth will have to be supported by an extra $100 trillion (£63 trillion) in credit over the next decade, according to the World Economic Forum.

This doubling of existing credit levels could be achieved without increasing the risk of a major crisis, said the report from the WEF ahead of its high-profile annual meeting in Davos.

But researchers warned that leaders must be wary of new credit "hotspots", where too much lending takes place, as the world emerges from a financial catastrophe blamed in large part "to the failure of the financial system to detect and constrain" these areas of unsustainable debt.

"Pockets of credit grew rapidly to excess – and brought the entire financial system to the brink of collapse," said the report, written in conjunction with consulting firm McKinsey. "Yet, credit is the lifeblood of the economy, and much more of it will be needed to sustain the recovery and enable the developing world to achieve its growth potential."

The global credit stock has already doubled in recent years, from $57 trillion to $109 trillion between 2000 and 2009, according to the report....read on

25 Facts on the US vs China

#3 The United States has now had a negative trade balance every single year since 1976.

#6 China is now the number one producer in the world of wind and solar power.

#8 China now possesses the fastest supercomputer on the entire globe.

#11 The United States has lost a staggering 32 percent of its manufacturing jobs since the year 2000.

#12 The United States had been the leading consumer of energy on the globe for about 100 years, but this past summer China took over the number one spot.

#13 China has accumulated the largest stockpile of foreign currency reserves on the entire globe - $2.85 trillion.

G.E., in the partnership with a state-owned Chinese company, will be sharing its most sophisticated airplane electronics, including some of the same technology used in Boeing’s new state-of-the-art 787 Dreamliner.

#15 All of this new wealth has enabled China to dramatically upgrade and modernize their military forces. For example, China has actually developed a missile system that can destroy a U.S. aircraft carrier nearly 2,000 miles out to sea.

#16 China is now the number one supplier of components that are critical to the operation of U.S. defense systems.

#18 Wealthy Chinese companies are now gobbling up U.S. businesses and U.S. infrastructure at a staggering pace.

#20 The United States has 10 percent fewer "middle class jobs" than it did just ten years ago.

#21 According to Stanford University economics professor Ed Lazear, if the U.S. economy and the Chinese economy continue to grow at current rates, the average Chinese citizen will be wealthier than the average American citizen in just 30 years.

#22 Nobel economist Robert W. Fogel of the University of Chicago is projecting that the Chinese economy will be three times larger than the U.S. economy by the year 2040 if current trends continue.

#23 According to one recent study, China could become the global leader in patent filings by next year. 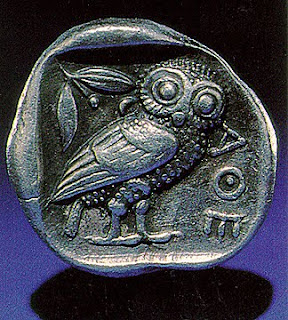 What could cause this?

Factually speaking, 2 reasons cause contango to collapse. The first is interest rates and interest rates would have to decrease a large amount for this type of move in the spreads. The second is delivery concerns. When a producer, bullion dealer, or speculator is short the front month, come expiration, it has a a choice: make delivery or don’t make delivery. There are 2 ways to avoid making delivery, Reissuing, which is essential covering shorts, and deferment. Deferment involves leasing the metal from someone else or rolling your short to a back month.

Last time we saw a contango move this significant was in 1997 before Warren Buffet took delivery. While more information is needed, and this could be a fake out we think the spread’s move is important. It happened during Asian hours and the Asian market has shown strong physical demand. If this continues in conjunction with higher lease rates you will more than likely see a short squeeze. There is another less exciting reason it could be happening. Additionally, it could be related to the CFTC position limit ruling. Silver position limits will be implemented in 2 tiers. The first tier is a limit on front month contracts. The 2nd tier limits the aggregate number of contacts for all back months combined. Someone could just be moving their position around to deal with the new regulatory structure. Our conclusion is that we are going to have a short squeeze or increased volatility in the spread market as major players shuffle their open interest around. Stay tuned.

Germany Should Ready for Greek Default 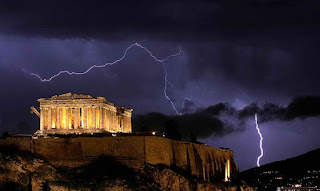 Germany should set funds aside to prepare for a Greek default, Lars Feld, a designated economic adviser to the German government, was cited as saying in an interview with Handelsblatt newspaper.

“I don’t believe that Greece will manage to deal with its debts without a cut,” Feld, nominated by the Cabinet to a five- member panel of economists who advise the government and a professor at the University of Freiburg, was cited as saying. “And then German guarantees will come due.”

Feld’s comments underscore Europe’s effort to solve the debt crisis that began in Greece and now threatens Portugal and Spain. European Union governments aim to assemble a solution by March, German Finance Minister Wolfgang Schaeuble said Jan. 13. Purchases of outstanding Greek debt and lower interest rates on rescue loans as well as aid for Portugal and guarantees against excessive debt are all being considered, four people with direct knowledge of the talks told Bloomberg News last week........read on