Gold is zeroing in US$1300, with the Hong Kong market just closing on a all time high of $1292 we have less 2 hours left to see what the big boys make of today's action when the NYMEX opens. The weight of volume on the NYMEX usually sets the tone for the gold and silver markets for each 24hr period, so it was very interesting to see that the vertical move up in the gold price happened after the NYMEX close, a very rare event indeed.

If the brain-dead tech funds and trend following army of day traders jump on the bandwagon $1300 will be easily taken out in the coming NYMEX session. Actually it has just gone 6am in NY and those traders will just be waking up and checking the gold price on bloomberg, I wonder how many will soil themselves or drop their mocca skim latte chai in their laps? What ever happens this coming session could be one to remember - if only for the admissions for latte burns :-)
Posted by Unknown at 7:51 PM No comments: 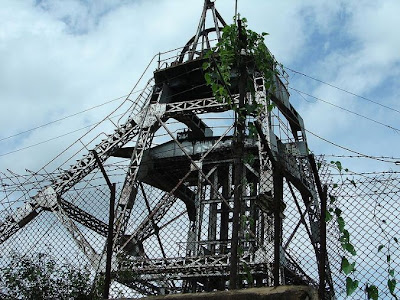 Plans are afoot to revive the second deepest mine in the world (the first is in S Africa). After serving the nation for 121 years, Kolar Gold Fields (KGF) still has reserves that could yield 10 tonnes of gold per year for 15 years. With gold selling at a record Rs 19,000-plus per 10 grams, it would be a windfall.

Three parliamentary standing committees constituted in 1994, 1997 and 2000 to explore gold deposits in KGF have now submitted a report stating that at least 30 lakh tonnes of gold reserves lie unexploited. Last week, the Union cabinet had cleared the proposal to revive the mines which have been shut for nine years now.

Nearly a decade after closure, Karnataka HC directed the Centre to look into ways to revive the mines. Prior to this, the government had formed many committees. Former chief engineer of BGML and president of Kolar Gold Mines Employees', Supervisors' and Officers' United Forum K M Divakaran said: "Many committees constituted by the ministry of mines to explore gold reserves have submitted reports to the Centre stating gold reserves are aplenty."

The C P Gupta committee constituted in 2005 reported that 13.72 lakh tonnes of gold reserves were found in Chigargunta mine, which is 27km from KGF. The Old Bisnatham mine, 8km from south of KGF, has 0.065 million tonnes.

"When the Union government decided to close the mines, we had submitted a proposal to the Centre stating that we could extract 10 tonnes of gold every year for the next 15 years. Immediately after the mines were closed, the forum told the Centre that they could run the mines in collaboration with an Australian company and had even drawn up plans to employ 3,200 people. This was approved by the cabinet," former chief engineer of BGML and president of Kolar Gold Mines Employees' Supervisors' and Officers' United Forum K M Divakaran said.

Subsequently, responding to a petition by a section of the employees who approached the high court, the court directed the government to revive the mines itself rather than looking for international partners.
Posted by Unknown at 11:34 AM No comments: