Why Gold is Money 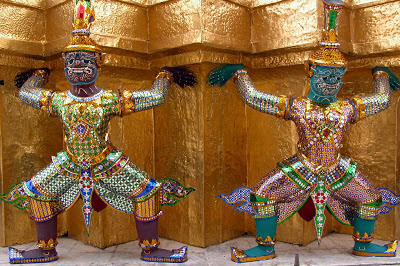 By Alasdair Macleod via GoldMoney.com,

It is clear that Western capital markets no longer generally regard gold as money. It has been relegated to the status of a risk asset, useful collateral, or simply a commodity with a history of being used as money. This is a mistake.

The answer to the first question is clear. Anyone who has seen the Alfred jewel in the Ashmolean Museum in Oxford (over 1,000 years old), the Snettisham torc in the British Museum (over 2,000 years old), or Tutankhamen’s gold mask in the Cairo Museum (over 3,000 years old), regard these fabulous items with astonishment. They are simply priceless, being desirable beyond reckoning. There is therefore no doubt that gold, the major element in all these objects, survives von Mises’s regression test. Furthermore the Aztecs and Incas in the New World, completely isolated from Eurasian values, held the same human view.

Paper currencies do not survive this test. They started as money-substitutes for gold or silver and over time lost all their convertibility. As a result they now depend for their value on confidence alone.

Traders and investors in capital markets are unconcerned about this distinction. Instead of realising that Gresham’s Law applies, that bad money has driven out the good, they regard currency as the only money for modern times. This is understandable, because they draw up their accounts and pay their taxes in currency. They invest to make a profit in currency. And so long as they can hedge currency risk by acquiring capital assets, they can manage investment portfolios without recourse to gold.

For these practical reasons mainstream opinion holds that gold is no longer money; but this complacency is likely to be undermined by events. We already see the four major central banks committed to issuing their confidence-based currency in increasing quantities, to finance their governments and to prop up the banks. We have yet to see how they intend to stop doing so.

The effect of monetary inflation was usually predictable. It raised asset prices first, which we are already seeing. It then raised prices of raw materials and manufactured goods, as people started to spend encouraged by low interest rates, leading inevitably to rising prices and rising interest rates. The sequence of credit-fuelled economic cycles is all too familiar.

This time, given the likelihood of a financial and collateral crisis from falling asset prices, the economic cycle is in grave danger of a short circuit. Rising prices for raw materials and goods are likely to be driven by falling confidence in fiat currencies, instead of rising confidence in the economic outlook.

It will be the ultimate test for unbacked currencies. Everyone wedded to modern currencies will then wish they had been aware of von Mises’s regression theorem.
Posted by Unknown at 4:26 PM No comments:

Yes more capital controls from the socialist paradise that is France, to go with their restricted cash withdrawals (here) and their banning of cash sales of bullion (here). This time the they have banned postage services carrying precious metals and restricted the postage of jewelery. Seems somewhat pointless as the whole country is 16% smaller than the third smallest state of Australia that I live in. Small Places = Small Minds.

Book I of the Post and Electronic Communications (regulations: Simple Decrees) is amended in accordance with Articles 2 through 11 of this Decree.
Article 2 Learn more about this article ...

Article D. 1 is replaced by the following:
"Art. D. 1.-The insertion of banknotes, coins and precious metals is prohibited in mailings, including the insured items, registered items and items subject to formalities certifying deposition and distribution. "
Article 4 Learn more about this article ...

Article D. 2 is replaced by the following:
"Art. D. 2.-defined jewelry III of Article 1 of Decree No. 2000-376 of 28 April 2000 as amended relating to the protection of transport funds can only be carried by insured item by registered mail or by sending subject to formalities certifying deposition and distribution.
Through the provision of universal postal service as defined in Article R. 1 jewelry can only be transported by sending by registered or insured parcel.
The amount of insured items within the range of universal postal service must meet the threshold set by the order under section R. 1.
the value of inserted objects in a registered letter or a consignment covered formalities certifying deposition and distribution must not exceed the level of security chosen by the sender when posting the item. "
Article 5 Learn more about this article ...

The last two sentences of section D. 19-3 is replaced by the following sentence: "An agreement between La Poste and publishers specify how the implementation of press rates. "
Article 6 Learn more about this article ...

The second and third paragraphs of Section D. 21 are deleted.
Article 7 Learn more about this article ...

Chapters II, III and V of Title I are repealed.
Article 8 Learn more about this article ...

Title II is amended as follows:
1 Articles D. 38, OC 41, OC 44, OC 45 and D. 46 are repealed;
2 In Article D. 42 lesmots: "The Minister of Post and Electronic Communications" are replaced by the words "the Minister for Postal Services",
3 Chapter II is repealed.
Article 10 Learn more about this article ...

Parts IV, V and VII are repealed.
Article 11 Learn more about this article ...

Title VI is amended as follows:
1 Section D. 90 is replaced by the following:
"Art. D. 90.-The buildings at a date to be fixed by joint order of the Minister of Infrastructure and Minister for Postal Services shall include equipment mailboxes to ensure the safety and speed of connections distribution.
If no mailboxes or appropriate accessibility, remittance transfers are, whenever possible, be pending or returned to the sender when it is identifiable. ';
2 items D. 91, OC 92 and D. 93 are repealed.
Article 12 Learn more about this article ...

Decree No. 96-645 of 19 July 1996 fixing the maximum amount of coverage and reporting the value of insured items and changing the amount of compensation for loss, damage or theft of recommended items is repealed.
Article 13 Learn more about this article ...

In this episode of the Keiser Report, Max Keiser and Stacy Herbert discuss the longest word in the German language ceasing to exist while the most complex derivatives in the financial system continue to thrive, George Osborne's Help to Buy Scheme gets called another name and the U.S. dollar system disintegrates, 'gone with the wind.' In the second half, Max talks to Alasdair Macleod, head of research at Goldmoney.com, about the geopolitical implications of gold failing to clear.