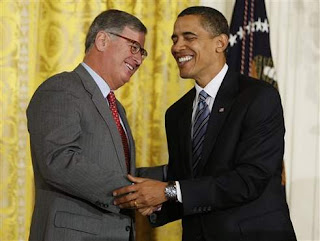 What after 20 years of the US Government, affiliated "think tanks", CFR, etc promoting and incentivizing US corporate giants to offshore tens of millions of manufacturing, IT and back office functions from the Western world to the East, Obama has a Duh! moment and realizes that an economy needs high paying jobs to function and grow. Well mate it is too late! but I am sure you are only saying it to get re-elected, none of your buddies would ever let you follow though on such a plan.

Bit of background on my part, in the early 90's I helped move an IT dept of a Hong Kong based company to low cost / high skilled Australia. Australia provided low cost land to build a new data centre, world class communication links and most importantly a highly skilled workforce, which reduced labour requirements, costly human errors and system outages. In the 2000's the company outsourced it's IT dept to a US company to run, which in turn offshored it to low cost / low skilled Communist China. They did this even though the US company's economy of scale meant they could have continued to run it from Australia for an effective zero labour cost. When this was pointed out to US management they responded that they wanted it sent to China regardless of any cost or quality concerns.

President Barack Obama says he will propose new tax incentives to reward companies that invest in U.S. expansion or bring back jobs from overseas and elimination of tax breaks to companies that move jobs outside the country.

At a White House forum this afternoon with representatives from more than a dozen companies, including Ford Motor Co. and Intel Corp., Obama said more must be done to encourage business investment and job creation.

The tax initiatives will be part of the fiscal 2013 budget plan that is set to be sent to Congress the first week of February. The White House didn’t release details. Obama also plans to propose adding $12 million for a program to promote foreign direct investment in the U.S. and work with state and local governments to attract businesses.

The companies at the event are among those that have decided to return jobs from overseas or increase their U.S. operations.

“We are in a unique moment, an inflection point, a period where we’ve got the opportunity for those jobs to come back,” Obama said in his remarks to the group at the White House. “The business leaders in this room, they’re ahead of the curve. They recognize it.”......read more
Posted by Unknown at 8:24 PM No comments:

Birds of Prey gather over India and China 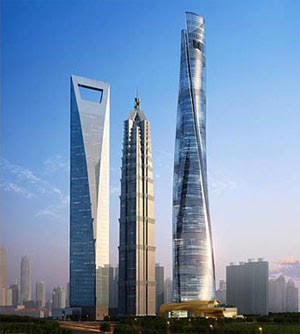 A skyscraper building boom in China and India may be a sign of an impending economic correction in two of Asia's largest economies, according to a new report by Barclays Capital.

Barclays has mapped an "unhealthy correlation" between construction of the world's tallest buildings and impending financial crises over the last 140 years.

Today, China is home to half of the world's skyscrapers — defined as buildings over 240 meters (787 feet) tall — currently under construction.

India, which has just two skyscrapers, is seeing its first skyscraper building boom, with 14 under construction, including the world's second-tallest tower, in the financial capital Mumbai.

Historically, skyscraper construction has been characterized by bursts of sporadic, but intense activity that coincide with easy credit, rising land prices and excessive optimism, but often by the time skyscrapers are finished, the economy has slipped into recession, Lawrence said.

The Great Depression hit as the finishing touches were being put on three record-breaking buildings in New York: 40 Wall Street, the Chrysler Building and the Empire State Building, which were all completed between 1929 and 1931, Barclays noted in a Jan. 10 report.....read more
Posted by Unknown at 4:53 PM No comments:

Forty-eight hours after Iran began advanced uranium enrichment in the fortified Fordo bunker near Tehran, Prof. Mostafa Ahmadi-Roshan, deputy director of the first uranium enrichment facility at Natanz, was killed early Wednesday, Jan. 11 by a sticky bomb planted on his car by two motorcyclists. It exploded near the Sharif technological university in northern Tehran.

The pair made their escape. Prof. Ahmadi-Roshan was the fourth Iranian nuclear scientist to be mysteriously assassinated in Tehran in two years. The same method of operation was used in a similar operation last year. Iran has blamed them all on Israel.

Tuesday, President Barack Obama received the Saudi foreign minister Saud al-Faisal. Their conversation was shrouded in secrecy, although no one doubts it focused on the conflict with Iran and the urgency of keeping open the main export outlet for the world's biggest oil suppliers, Saudi Arabia and the Gulf, through the Strait of Hormuz. The crisis in Syria must also have featured in their talks.

Shortly before the Saudi minister's arrival, US Navy and Air Force chiefs shed some light on preparations for an imminent operation to keep the Strait of Hormuz open to international shipping.

Debkafile's Washington sources report that the White House is bending over backwards to convince the skeptical Saudis that the president is wiling to use military force to keep the vital waterway open, safeguard Gulf oil installations and exports and also prevent Iran from acquiring a nuclear weapon.......read more
Posted by Unknown at 4:05 PM No comments: 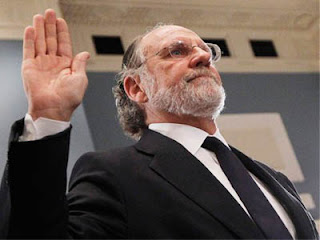 Montana farmers have filed a class action suit against former New Jersey governor Jon Corzine, charging that the failed financial firm run by Corzine stole millions from their accounts to pay off its spiraling debts, and that Corzine's "single-minded obsession" with making MF Global a big player on Wall Street led to the firm's collapse.

MF Global's clients included 38,000 wheat farmers, cattle ranchers and others who "hedged" their crop prices by placing millions in MF Global accounts. Those accounts were supposed to be "segregated and secure," according to the federal suit, meaning MF Global could not draw on those funds.

The lawsuit, filed on behalf of all 38,000 customers, alleges that when MF Global made a series of bad investments -- notably in European debt -- it began "siphoning funds withdrawn from segregated client accounts" to cover its debts.......read more

Is your portfolio dangerously overweight US Dollars? 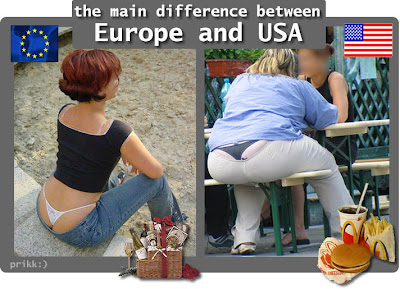 Posted by Unknown at 2:19 PM No comments:

America Gets Hungry Too 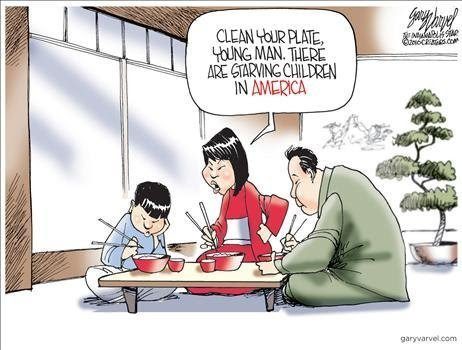 For a person from a third world country such as Senegal or Angola, it would be hard to believe that America, being a First World country, would have such an alarming poverty rate. According to the U.S. Census Bureau, 43.6 million people (14.3 percent) were in poverty in 2009. In 2010, 15.1 percent of all people were in poverty- that being the highest poverty rate since 1993. With poverty, nonetheless leads to hunger. There are many promoted organizations in America specializing in helping feed starving countries, but what about ours? Why is it that we are able to feed other nations when some of the people right under us in our own homeland struggling to get a meal? 1 out of 6 Americans are silently suffering from hunger and more of us need to be aware.....read more

China's Gold Imports From Hong Kong Surge to Highest Ever

Demand for gold bullion in China continues to surge. 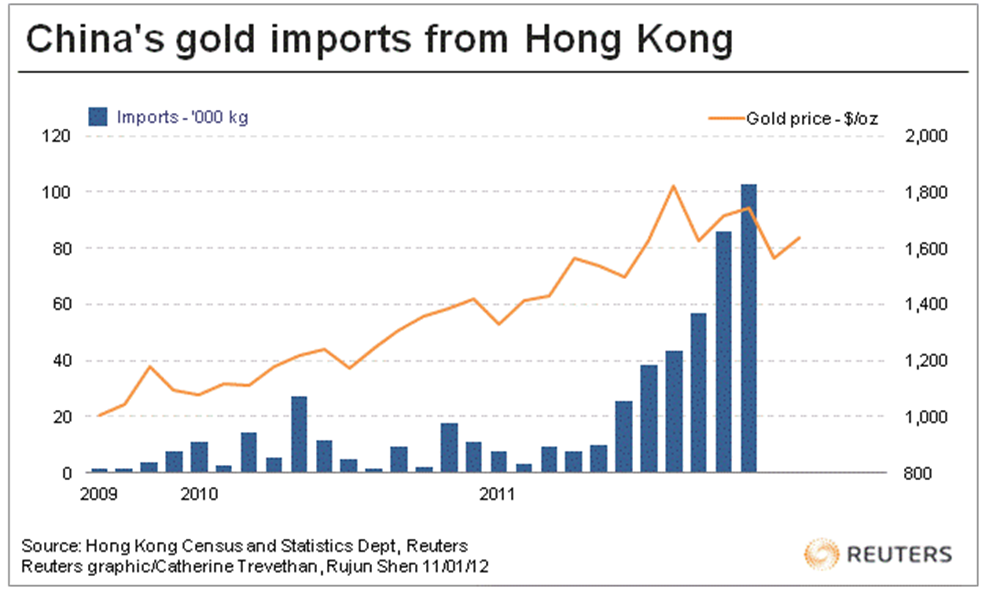 The run into Chinese Lunar New Year has again seen higher than expected Chinese demand for gold and China's voracious appetite for gold is surprising even analysts who are positive about gold.

As Chinese people's disposable incomes gain and concerns grow over inflation and equity and property markets, Chinese consumers and investors are turning to gold as a long term investment hedge.

There is informed speculation that commercial Chinese banks may have taken advantage of the recent price dip to build stocks of coins and bars and accumulate bullion.

China's demand for physical gold bullion has rocketed past India with the country now overtaking India in the third quarter as the largest gold jewellery market according to the World Gold Council.

There is also informed speculation that some of the buying was from the People's Bank of China with one analyst telling Bloomberg that “there is always the possibility that some purchases were made by the central bank.”

As we've stated in the past, the PBOC is gradually diversifying their huge FX reserves and likely will announce upward revision of total gold reserves again in the coming months. Whether official buying is responsible for the huge surge in gold imports from Hong Kong is more difficult to ascertain The Chinese Central Bank does not release their figures on gold purchases.

As of June, 30, 2009, they held 33.59 million ounces or 1,054 tons. This is the 5th largest holding by country but some officials are on record with regard to Chinese aspirations to hold as much gold as the Federal Reserve's 8,100 tonnes of gold reserves.

What is particularly bullish about the import data is that there is a ban on exporting gold from China so gold bullion is in strong hands in China......read more
Posted by Unknown at 7:49 AM No comments: