Martin Armstrong - The Evolution of the US Dollar

Gee look at that, a Golden Newt

So after decades after Ron Paul calls for a return to a Hard Money and a gold standard the Republicans find Hard Money via Newt Gingrich - WTF?

I think the Monty Python team summarize the situation the best:

Sir Bedevere: What makes you think she's a witch?
Peasant 3: Well, she turned me into a Newt!
Sir Bedevere: A Newt?
Peasant 3: [meekly after a long pause] ... I got better.
Crowd: [shouts] Burn her anyway!

From The New York Sun:

The call by Newt Gingrich for the creation of a commission on gold to examine how America can return to a system of hard money is a step forward for him and the Republican Party as we go into the most formative months of the campaign. The former speaker issued his call at Columbia, South Carolina, at a policy forum on American global leadership. He used the phrase “hard money” to speak of a gold standard of the kind the Founders of America had in mind. It would mean, he said, “you can’t just hide from your problems. You’ve got to solve them.”

Mr. Gingrich’s call is the most clarion yet among a Republican field that has been dancing around this issue since the start of the campaign. We’re delighted — thrilled — to see it, because we have been stressing the centrality of the monetary issue since before this campaign began. Let us say, though, that our country is way past the point where we need another commission. A commission, as President Reagan learned in 1981, is a recipe for burying an idea, not putting it into law. It will be important for Mr. Gingrich to get past the commission idea in a hurry.

The fact is that we know how to get back to a gold standard. This has just been outlined by Lewis Lehrman in a new book, issued in October, on exactly this point. It is called “The True Gold Standard: A Monetary Reform Plan Without Official Reserve Currencies — How We Get From Here To There.” Mr. Lehrman, a businessman turned scholar, is not just any gadfly. He was a member of the United States Gold Commission set up under President Reagan in 1981. The commission, in a historic blunder, recommended sticking with the old system of fiat paper money.

It’s most noteworthy achievement, still widely discussed today, was the minority report, which was written by two of the commission members — Mr. Lehrman and a relatively new member of Congress named Ron Paul. Their minority report, later issued as a book called “The Case for Gold,” recommended a return to hard money. But it was swept aside in the tumult of the early Reagan years. That was a time when the supply-side measures of Mr. Reagan were combining with the tight-money policies of a Federal Reserve headed by Paul Volcker to bring us back from the precipice. We had been teetering on the brink because of the inflation unleashed by Lyndon Johnson’s campaign of guns and butter and President Nixon’s abandonment of Bretton Woods.....read more
Posted by Unknown at 6:38 PM No comments:

One Guess as to what they a swapping US Debt for

Whilst figures of official gold holdings in China and Russia are opaque at the best of times, one has to assume some, if not most of the proceeds of the sales of US treasuries have found their way into the gold market via open market purchases or in the case of China mostly by direct off take from local mines (China is now the world's largest Gold miner and is either the 1st or 2nd largest importer of gold annually). 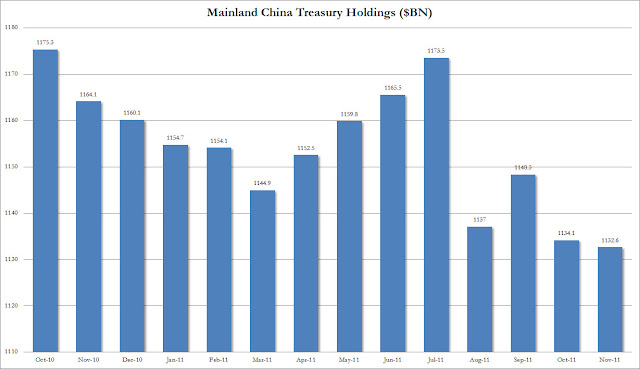 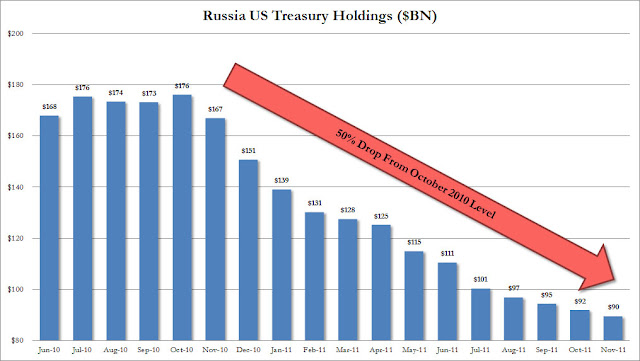 US Congress corrupt to core

When it comes to big money in America's politics, lobbyists are the people who know exactly how it works. RT talks to former lobbyist Jack Abramoff who explains why he thinks Washington is corrupted to the core. 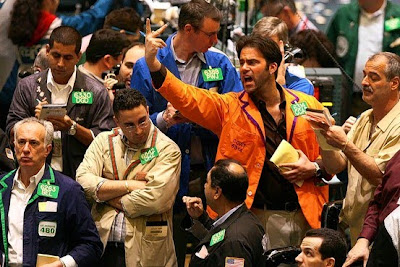 These paper markets are a joke.  Nobody who is seriously in the business of taking physical delivery is trading on the COMEX anymore.  That is big news.  The COMEX is no longer a credible marketplace....

“You now have international funds, whose compliance departments are saying to them, ‘You can no longer trade on the Comex because the CME did not back client accounts.’  There are a tremendous number of international funds and hedge funds that can no longer trade on the COMEX as of the first of this year because of compliance reasons and no one is talking about this.  This is huge news.....read more
Posted by Unknown at 7:44 AM No comments: