In this episode, Max Keiser and co-host, Stacy Herbert, discuss the return of the Silver Liberation Army as JP Morgan's Blythe Masters claims the bank does not manipulate silver prices. They also discuss JP Morgan's 'London whale' breaking the credit default swap (CDS) index market with massive prop position. In the second half of the show Max talks to author, Pierre Jovanovic, about Blythe Masters role at JP Morgan and the similarities between the world today and France of the 18th century on the eve of revolution.

Rick Santelli on the Euro Zone 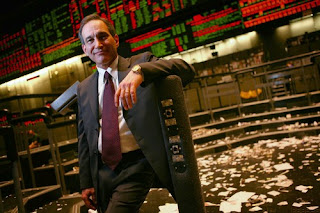 Rick Santelli discusses the problems of the Euro Zones, particularly Spain with Eric King of KWN. Listen here
Posted by Unknown at 7:43 PM No comments:

For the Prepper that has everything

They need to add silver for keeping the water fresh and for barter.

Posted by Unknown at 5:19 PM No comments:

19 Signs of the coming economic storm

From the Economic Collapse blog:


#1 According to one new survey, approximately one-third of all Americansare not paying their bills on time at this point.


#2 The U.S. housing industry is bracing for another huge wave of foreclosures in 2012.  The following is from a recent Reuters article....

"We are right back where we were two years ago. I would put money on 2012 being a bigger year for foreclosures than 2010," said Mark Seifert, executive director of Empowering & Strengthening Ohio's People (ESOP), a counseling group with 10 offices in Ohio.

#3 The Citigroup Economic Surprise Index, a key indicator watched by many economists, is on the verge of heading into negative territory.
#4 We are supposed to be in the middle of an economic recovery in the United States, but bad news just keeps pouring in from major companies.  For example, Yahoo is firing thousands of workers and Best Buy is closing dozens of stores.
#5 Richard Russell says that the "big money" is starting to quietly exit from the financial markets....

"My guess is that this is the big money that has been holding off as long as it decently can -- and then dumping their goods just before the close. I don't think the big money likes this market, and I think they have been slowly exiting this market, as quietly as they can."

#6 Goldman Sachs is projecting that the S&P 500 will fall by about 11 percentby the end of 2012.
#7 All over the country, local governments are going into default and we have not even entered the next recession yet.
#8 The U.S. government will add more to the national debt in 2012 than it did from the time that George Washington became president to the time that Ronald Reagan became president.
#9 The Federal Reserve is desperately trying to control interest rates.  The Fed purchased approximately 61 percent of all government debt issued by the U.S. Treasury Department in 2011.  This is the only thing that is keeping interest rates in the United States from soaring dramatically.
#10 German industrial production is falling at a pace that is far faster then expected.
#11 Italy's debt-to-GDP ratio is now up to 120 percent.
#12 The Spanish government admitted on Tuesday that Spain's debt-to-GDP ratio will rise by more than 11 percent this year alone.
#13 Yields on Spanish bonds are rising to dangerous levels.
#14 The Spanish government is projecting that the unemployment rate in Spainwill exceed 24 percent by the end of the year.
#15 Unemployment in the eurozone as a whole has risen for 10 months in a row and is now at a 15 year high.
#16 In the aftermath of a 77-year-old retiree killing himself in front of the Greek parliament in protest over pension cuts, the economic rioting in Greece has flared back up dramatically.
#17 At this point, Greece is experiencing an economic depression with no end in sight.  Some of the statistics coming out of Greece are really hard to believe.  For example, one port town in Greece now has an unemployment rate of approximately 60 percent.
#18 The IMF is asking the United States to contribute more money for European bailouts.
#19 At this point, even some of our top scientists are projecting economic trouble.  For example, researchers at MIT are projecting a "global economic collapse" by the year 2030 if current trends continue.
Posted by Unknown at 5:10 PM No comments: 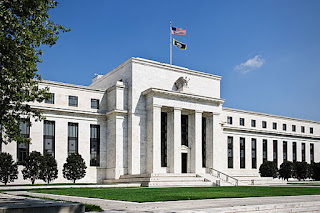 The FED will elevate gold ownership from intelligent diversification, to practical necessity ~ John Embry
Posted by Unknown at 4:38 PM No comments:

Jim is recommending buying Gold on dips below $1,600 and watching the emerging market of Myanmar as a potential investment opportunity in the near future.

Posted by Unknown at 4:28 PM No comments:

An interesting article appeared in the Sydney Morning Herald this morning (10 April) with the by-line of Ambrose Evens-Pritchard. I regularly follow Ambrose's writings in the UK Telegraph and I believe he is one of the best financial journalists in the business, but not known as a gold analyst, actually I can't remember him writing an article solely on gold before. So I was intrigued what his take would be on gold. Reading the SMH article I was left a bit confused from the start as the headline and opening summary seemed to be at odds with the body of the story. See for yourself

Now compare this to the headline that accompanied the same article by Ambrose in the UK Telegraph on the 8th April.

Ambrose's takeaway is that Gold's price is unlikely to crash, and whilst off its recent highs is likely to continue to rise until at least Asia, Russia and the Gulf States regain trust in the two leading fiat currencies the US$ and the Euro, and don't be holding your breath for that to happen any time soon.

Now would have you haven gotten that impression from either headline, particularly the first?

It seems that, as is often the case, it pays to read the fine print.
Posted by Unknown at 2:58 PM No comments:

Nano Silver Technology
View more PowerPoint from tabirsir
Posted by Unknown at 10:57 AM No comments: