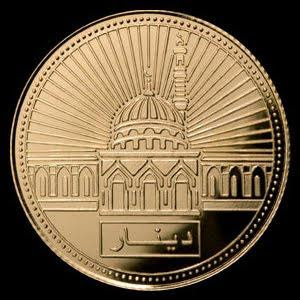 By Abu Bakr Rieger of the World Islamic Mint

The question of money determines our
understanding of freedom and morality.

A few years ago, the demand for gold and silver as the basis of our monetary systems was labelled at best as "backward-looking romanticism." The modern monetary system and its temple mountains of virtual paper money have been glorified as a prerequisite for "progress" and a new world of prosperity for all. Before the financial crisis, hardly anybody noticed that we, as free citizens, had a choice in everything, except what money we use on a daily basis. Additionally, this "modern society", which now more than ever rotates around the matter of money, paradoxically discovered that they actually knew nothing about the basis of the economic system, paper money. Slowly, however, the fog is clearing.

The "free market" is now not only run by monopolies, but also ad absurdum by state "fines". In Europe, the use of free gold and silver currency is neither wanted nor de facto practicable, due to the levying of VAT on coins, among other things. In a free and truly liberal market, the market actors would be able to "fairly" determine their own currency, whether it be gold, silver, platinum or something else. In such a market, people and their economy would be encouraged to be moderate and to only serve the progress of the real economy. Needless to say, it is not the advocates of a genuine currency who are making the absurd attempt to escape back to the middle ages. Also, in the internet age, a gold currency can be flexibly implemented as debit cards, mobile phone or internet transfer systems are no longer a technical problem. The question of money, which has preoccupied people for centuries, in reality goes beyond the crude polarity between progress and regression.

Many analysts now believe that the "money question" is the century's real issue. With regard to the question of what type of money we use, the old left/right dialectic is no longer what will determine our future concepts of freedom and morality. Here is where is the sham debates are dissolved.Today, the way in which money is made, considered and spent, to the point of submissive faith in the banks themselves, differs neither between America and Iran, nor between fundamentalist and atheist. The question remains, how can you be "pious" or "enlightened if you have to use "unsound" or "worthless" currency? Here is where the circle closes, a new dialogue opens and today's rational comes up against the insight of ancient books of religion.

In the last century the technological project has been unleashed through the creation of a pure system of paper money. Cruel wars and the financing of their armies have been made "financially viable" on a global scale. But what was the deeper precondition for this development? Only if the state keeps a monopoly over the supply of money and its citizens disenfranchised, is it possible for money to be created virtually out of nothing. For a time, the printed money serves in the enhancement of power. It is then propagated through constant concerted lending, without related savings or value to back it.

For politics, this system has the charming advantage in that you can "give and promise money" to the population at any time, and then later take it away again "unnoticed" through inflation. This endlessly reproduced money is of course necessarily inflationary, and it causes - whether they want it to or not - inevitable economic and financial crises. Threatening recession and unemployment can, at least "in theory" be fought with even cheaper money. Sisyphus sends his greetings.

The question thus remains: why doesn't the free market implement our money themselves. Among the voices that criticise this "unfree" situation is, for example, that of Barclays chief economist, Thorsten Polleit. The system of paper money is, for the analyst Polleit, a new kind of "experiment" with rationally considered poor prospects for success. In the "Welt am Sonntag", the finance expert gave his stance on the current crisis in the monetary system and laid out the advantages of free market currency. There, far from any ideology, he called not for the unconditional return to the gold standard, but only rather that "in a free market system of currency, the market actors themselves decide through supply and demand, what money is. According to Polleit, it would "probably" be, as in previous centuries, gold "or perhaps silver, platinum or palladium."

The new debate is now unstoppable and stretches beyond the usual party divisions across the globe. The Republican, Mike Pitts, representative for South Carolina, for example, today put forward legislation to the state, preferring "gold and silver coins" of the old paper money currency. In an interview with the website "Hotsheet", he leads soberly with "if the government continues to spend and continually print more and more money, then the economic system will be forced to collapse". Politicians fear that the American Empire might otherwise collapse over the money question, like the Soviet Union. His political thrust for the establishment of a gold currency is, for him, the only logical continuation of the "American Dream". The politician is motivated by his genuine "concern for the people", who simply have to be prepared for the logical collapse of the paper money system. 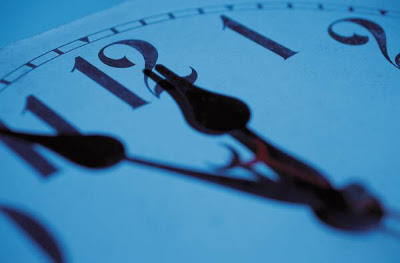 By Jeff Nielson: When I first began examining supply/demand data on the silver market several years ago, I was somewhat hesitant to form conclusions, as silver (and gold) have traits which are very different than ordinary commodities - which affects supply/demand analysis. The second factor which made such analysis more difficult was that supply and demand are reported much differently than for ordinary commodities.

Generally, the supply/demand equation for a commodity is very simple: "supply" is the total amount produced, while "demand" represents consumption. When supply exceeds demand, the remainder is added to inventories, while when demand exceeds supply, the deficit must be taken from inventories.....read on