Peter Schiff: "We're selling our souls to the devil"

Volatility is just part of the market, says Euro Pacific Capital President Peter Schiff. While speculation could smooth this out, however, that isn't the case right now. Irresponsibly money printing is damaging the dollar, and as currency is continued to be produced in America and elsewhere, commodity prices have nowhere to go but up. While the World Bank says the global economy is climbing itself out of a financial crisis, Schiff says he isn't so certain.


According to Rolling Stone's Matt Taibbi, Wall Street executives from Goldman Sachs should be plucked from the board room and thrown into court. If Roger Clemens and Martha Stewart are brought before juries for lying, why shouldn't the same happen to the men who are responsible for the state of the US dollar? Wall Street is a direct threat to the national security of America, says Taibbi, and he fears that the country's economy is in danger of going completely corrupt.

The Red Team get in some practice


A first-person shooter videogame available in China puts the player in the shoes of a member of the People's Liberation Army. After undergoing basic training, the player is sent off into combat against what appears to be US troops and helicopters. "Glorious Mission," based off an US video game, is shown in overseas news as becoming popular with military members in China. Warren Buffett is not always right, indeed has been particularly wrong on precious metals over the years, and this article is a response to his recent comments on gold at the Berkshire Hathaway AGM.

Here's the world's most successful investor talking about our favourite metal. Warren Buffett had this to say about gold: "You can fondle it, you can polish it, you can stare at it. But it isn't going to do anything."

Except protect you from losing every dime!

"Gold really doesn't have utility," the 80-year old told shareholders at Berkshire Hathaway's annual general meeting. "I'd bet on a good producing business to outperform something that doesn't do anything."

Yes, so would we. And we'd usually rather have a jacket from Ralph Lauren... or Brooks Brothers... than a Life Jacket. And we'd usually like to see a pick-up truck or a delivery truck in our driveway, rather than a fire truck. And we'd much rather spend the night with Julia Roberts stark naked than with a heart surgeon in full medical regalia.

But hey... guess what? There's a time and a place for everything.

Why did God bother to create gold, anyway? Is it just for ornamental purposes?

But there are times when a common lifeboat has greater utility than a luxury sailboat. Could this be one of them?

Well, something is going on that is turning this do-nothing metal into an investment champ. The price of gold is up 10% already this year. It's gone up every year for the last decade. You don't have to look too far to see what it is.

How about $4.5 trillion in deficits over the last 3 years? How about tripling the Fed's balance sheet holdings since the end of ‘08? How about TARP, TALF, QE1, QE2... and zero interest rates?

Oh, and lest you think it is all just an emergency response to the crisis of ‘07-‘09, soon to be history... here's The Washington Post with some perspective:

WASHINGTON - The nation's unnerving descent into debt began a decade ago with a choice, not a crisis.

In January 2001, with the budget balanced and clear sailing ahead, the Congressional Budget Office forecast ever-larger annual surpluses for the foreseeable future. The outlook was so rosy, the CBO said, that Washington would have enough money by the end of the decade to pay off everything it owed.

Now, instead of tending a nest egg of more than $2 trillion, the federal government expects to owe more than $10 trillion to outside investors by the end of this year. The national debt is larger, as a percentage of the economy, than at any time in US history except for the period shortly after World War II.

Today, the CBO forecasts are unrelievedly gloomy, showing huge deficits essentially forever. As policymakers grapple with the legacy of the past decade, a demographic wave of senior citizens is crashing at their doorstep, driving up the cost of Medicare, Medicaid and Social Security.

How will the feds cover this debt... and future deficits? Do you think they will put on the brakes... raise interest rates... cut spending... and raise taxes? If so, you should not own gold. Gold would go down and the dollar would go up. Of course, the bond market would crash and the economy would go into a depression too. Rehab isn't for sissies. Getting clean can be painful.

More likely in our view: the feds will keep flying... until they crash.

"There's something peculiar about an asset that will really only go up if the world is going to hell," said Buffett's right hand man, Charlie Munger.

Yep. Very peculiar. But occasionally, the world does go to hell.

And here's another problem with gold. As the danger of inflation increases, so does the cost of protecting yourself. When you finally realize you need a life vest, you're already in over your head.

A few days ago, gold changed hands at more than $1,550 an ounce. If you bought when we first told you to, you're congratulating yourself. Your life vest has gone up more than anything, except possibly investment grade wine!

But if you didn't buy then, is it too late now? Now, it's not so easy. You'll be reluctant to get in now - the price is more than three times higher.

So what do you do? You wait for a correction. But the correction doesn't come when you want it to. And then, when it does come, you hesitate. You check your bearings. You read the financial press. You read about all the "poor gold bugs" who are getting killed. You hesitate more. You wonder: maybe all the run-up in gold was just a fluke. Maybe the problem has gone away. You worry that it's not a correction in a bull market, but a new bear market that will take gold back down for the next 10 or 20 years.

Then, before you know what has happened, the metal has swung up again. And soon it is more expensive than it was when you decided not to buy the last time.

So what should you do? We don't give buy-sell recommendations; we leave that to our colleagues, who know what they are doing. But we will repeat the non-advice we offered for the last 11 years:

The above article is published in full and unedited from The Daily Reckoning's Free U.K. Daily Newsletter. To subscribe follow this link To read more articles from Bill Bonner click here
Posted by Unknown at 5:43 PM No comments:

What Destroyed Rome was its Unfunded Government Employee Pensions 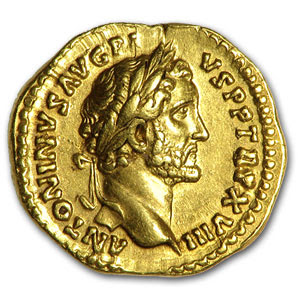 The latest essay from cycles guru, Martin Armstrong.......read here
Posted by Unknown at 5:19 PM No comments:

Dominique Strauss-Kahn, once considered a leading contender to win the French presidency next year, resigned as head of the International Monetary Fund after being charged with attempting to rape a New York hotel maid.

Strauss-Kahn, 62, informed the executive board of the IMF of his intention to resign as managing director with immediate effect, the IMF said in an e-mailed statement.

Strauss-Kahn’s arrest reshaped the race for the French presidency, eliminating President Nicolas Sarkozy’s biggest rival. His resignation from the IMF, more than 17 months before his term was scheduled to end, may open the field to a candidate from an emerging-market country to run the fund, set up after World War II to promote global financial stability.....read on 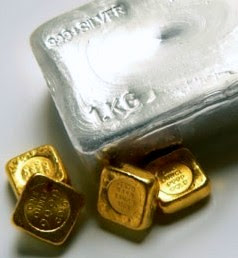 Gold futures rose the most this month as grain and energy prices surged, boosting the appeal of the precious metal as a hedge against inflation. Silver jumped almost 4 percent.

The Thomson Reuters/Jefferies CRB Index of 19 raw materials gained as much as 2.6 percent. Global food costs are close to the highest ever, according to the United Nations, and crude oil topped $100 a barrel today. Analysts surveyed by Germany’s Ifo research institute raised their 2011 global inflation forecast to 3.8 percent from 3.4 percent.

“The risk appetite is coming back to commodities across the board,” said Adam Klopfenstein, a senior strategist at Lind-Waldock, a broker in Chicago. “There are still a lot of strong economies that want to buy commodities. Anytime you see a pullback, people will come in and buy gold to hedge against inflation and diversify away from the dollar.”.......read on

The operator of Japan's Fukushima plant has admitted for the first time that a partial meltdown occurred in the station within hours after the March 11 twin disasters.


Rampant US spending, the gargantuan debt, and continual financing of the wars in the Middle East can default the US and send shock waves across the world economy. Interview with Paul Sheldon Foote, professor at Cal State University in Irvine.

The Business of the USA is War

From Got Gold Report:

HOUSTON -- Although the data is now fully one week old, last week’s disaggregated commitments of traders (COT) report issued by the Commodity Futures Trading Commission (CFTC) showed that traders the CFTC classes as “Managed Money” (hedge funds, commodity trading advisors, etc.) held 22,250 COMEX silver futures contracts long and 4,973 short for a combined no-spread net position of 17,457 contracts long (about 87.3 million ounces). The COT “evidence” is contrary to the notion that silver has already peaked and instead supports the idea that silver has merely corrected.

That is the least amount of net long exposure for Managed Money since February 23, 2010, when the veteran speculators then held 12,624 contracts net long with silver then trading at $15.85. Just below is a graph showing the net long positioning of traders classed as Managed Money as of Tuesday, May 10 as the price of silver closed at $38.47.....read on 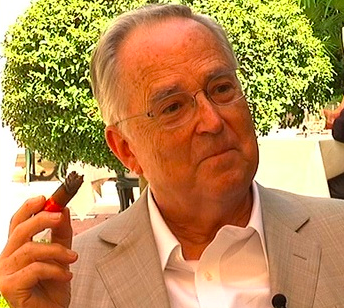 Mexican billionaire Hugo Salinas Price discusses Silver being re-monetized in Mexico with Eric King of King World News.....listen here
Posted by Unknown at 8:12 AM No comments:

Top minds in the world on a Silver conference call 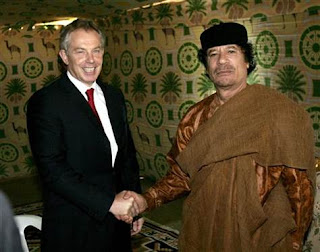 The killing of Osama bin Laden could be used as legal justification for the death of Muammar Gaddafi, MPs have been told.

Independent researchers from the House of Commons Library suggested that the arguments the United States has used to justify the death of the al-Qaeda leader could be also be applied to the killing of others.

American officials have said that it was legal for US forces to kill bin Laden because he was in direct command of forces hostile to US national interests.

"Some of the arguments used to present Bin Laden's killing as lawful could also be applied if coalition forces kill Colonel Gaddafi," the researchers said.

The library paper, 'Killing Osama bin Laden: has justice been done?', also predicted that the "targeted killing" of individuals may become more common as a consequence of his death.......read on
Posted by Unknown at 7:25 AM No comments:

As mentioned before on this blog the problems in Greece, Ireland and Portugal are akin to an individual missing a credit card payment. Spain is like someone drawing out all of the remaining equity on their home loan, blowing it all at Vegas and then handing in the keys.