Interesting and typical anti-gold article from the Wall St Journal making fun of someone who dares to say that Gold will go to $US10,000/oz.

I love the lines:
"Mr. McGuire is a lone voice among mainstream investors suggesting such an outsize price jump in gold's price."
- gee Mike Maloney predicted $10k years ago and more recently $15k/oz. Although if you take any fiat currency price for gold to the end state you come to the point where gold = infinity, ie as the currency approaches Zero value Gold must approach Infinity, as it did recently in Zim$.

"Most pension funds consider gold too volatile and therefore too risky"
- yeah that idea has worked out so well over the last 10yrs+ hasn't it with the SP500 and DJIA going nowhere and gold up 440% in $US.

There are gold bulls. And then there is Shayne McGuire.

The 44-year-old pension-fund manager from Texas, who spoke recently at a gold conference in Berlin, caused a stir among the roomful of gold aficionados. His provocation: A book that predicts the price of the precious metal could soar to $10,000 an ounce, more than seven times its current price.

Like those who once boldly predicted $1,000 Internet stocks and a 36000 Dow Jones Industrial Average, Mr. McGuire is a lone voice among mainstream investors suggesting such an outsize price jump in gold's price.

Mr. McGuire's view isn't idle prognostication. He runs a $330 million gold portfolio at the Teacher Retirement System of Texas. Mr. McGuire's forecast, which he made in the recently released book, "Hard Money," makes him a very far outlier. Most on Wall Street consider the prediction outlandish.......read on 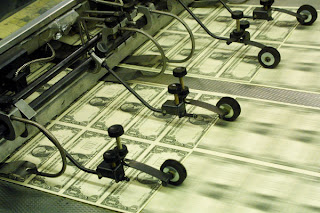 Moreover, it may well be asked whether we can take it for granted that a return to freedom of exchanges is really a question of time. Even if the reply were in the affirmative, it is safe to assume that after a period of freedom the regime of control will be restored as a result of the next economic crisis. (Paul Einzig, Exchange Control (1934)).

Great structural changes in world trade and finance occur quickly – by quantum leaps, not by slow marginal accretions. The 1945-2010 era of relatively open trade, capital movements and foreign exchange markets is being destroyed by a predatory financial opportunism that is breaking the world economy into two spheres: a dollar sphere in which central banks in Europe, Japan and many OPEC and Third World countries hold their reserves the form of U.S. Treasury debt of declining foreign-exchange value; and a BRIC-centered sphere, led by China, India, Brazil and Russia, reaching out to include Turkey and Iran, most of Asia, and major raw materials exporters that are running trade surpluses........read on
Posted by Unknown at 10:38 PM No comments:

The monumental expansion of arms sales and the buildup of naval and air power in the Arabian Sea region are unprecedented. They are also alarming to the highest degree.

A quarter of the world's nuclear aircraft carriers will soon be in the Arabian Sea. 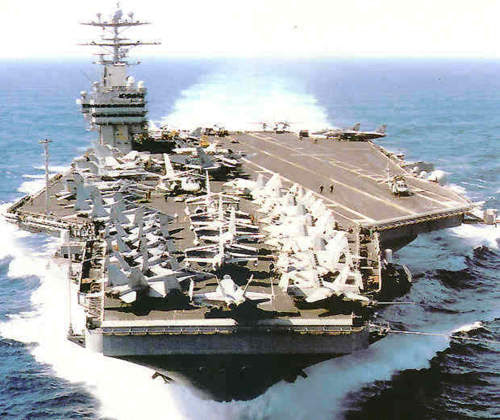 The Nimitz class nuclear-powered supercarrier USS Abraham Lincoln arrived in the region on October 17 to join the USS Harry S. Truman Carrier Strike Group, which in turn had arrived there on June 18 as part of a regular rotation.

The Charles de Gaulle, flagship of the French navy, the country's only aircraft carrier and the sole non-American nuclear carrier, will soon join its two U.S. counterparts. The U.S. possesses half the world's twenty-two aircraft carriers, all eleven supercarriers (those displacing over 70,000 tons) and eleven of twelve nuclear carriers.........read on
Posted by Unknown at 10:28 PM No comments: 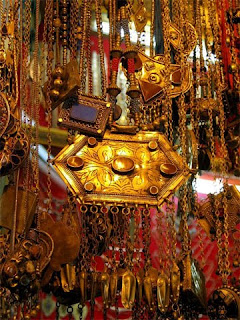 As of today, one of the world's top oil exporters disclosed that it has exchanged about $15 billion of its FX reserves into gold. Earlier, Iran announced that the country has converted about 15% of its foreign exchange reserves into gold, and "will not need to import the metal for the next ten years." There is your mystery buyer to all that gold the IMF was selling in Q3... And since Ahmadinejad said that Iran's total FX reserves exceed $100 billion, the amount of gold in stock held by Iran is more than $15 billion. Which is equivalent more than 345 tonnes at a closing price of about $1350.....read on
Posted by Unknown at 3:25 AM No comments: 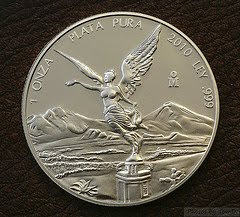 I think that my readers will agree that there is a desperate need for some fresh thinking about money in the U.S.

Many respected analysts worry that the expected action by the Fed to apply a new bout of QE after the coming elections is fraught with danger.

Fiat money in the US is in an advanced stage of decomposition and when money rots, the whole social, economic and political structure of the nation rots with it. A return to sound money is urgent. More and more people are aware of the perilous road ahead if nothing is done.

The problems facing the US are so gigantic in nature, that an all-round solution to them is impossible when analyzed in practical terms. A return to sound money is a return to gold and silver as currency. Gold is outstanding as money – but how to realize that goal? Silver is great for popular use – but again, how to regain it?

The only way open to regain a sound footing of real money for the US economy must be by establishing a process through which there will be a gradual and natural return to sound money. It is impossible to reform or improve the present monetary system of the US any other way.

The US abandoned sound money in a series of gradual steps; the first metal out of the monetary system was gold, in 1933; the second metal out of the system was silver, in 1965. The return to sound money would follow those steps, in inverse order: silver would return first, because silver has always been the money of the people; gold would return last, silver having opened the way.

Why did silver coinage disappear from circulation in America? It disappeared because the dollar price of silver rose to a point, back in 1965, where the value of the silver in the silver coin was superior to the value of the coin itself. The result was that most silver coinage was melted down into bullion, which had a value greater than the monetary value of the melted coins. On October 20 a silver dime contained silver worth $1.72! (www.coinflation.com) Dollar inflation caused by expansion of the fiat money supply and expanding credit drove up the price of silver and thus drove silver coinage out of circulation........read on
Posted by Unknown at 2:00 AM No comments:

IMF sells another 32 tonnes of Gold 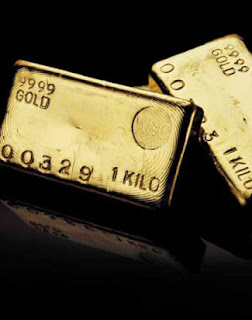 The gold price managed its big upwards move in September despite signs that the IMF is managing to accelerate its gold sales programme - and the price has held up well in October in spite of the continuing IMF sales programme.

According to a Reuters report yesterday the International Monetary Fund said that it had sold no less than 32.3 tonnes of gold in September under its announced sales programme to release 403.3 tonnes onto the market in an orderly manner. India very much started the ball rolling with a purchase of 200 tonnes in late 2009 and a number of other Asian countries have also purchased much smaller amounts for their reserves. Almost a third of the latest sale was to yet another Asian country - this time Bangladesh - which bought 320,000 ounces (just under 10 tonnes).....read on
Posted by Unknown at 1:35 AM No comments: 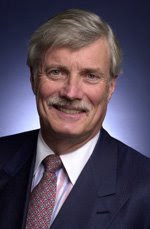 John Embry interviewed by Geoff Candy on Mineweb.com........listen here
Posted by Unknown at 12:09 AM No comments: