Posted by Unknown at 4:04 AM No comments:

Silver recycling can happen only at prices above $50 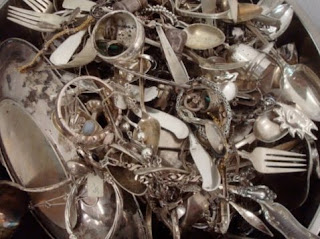 MUMBAI (Scrap Monster): Silver supply could increase only if more recycling takes place as in gold, but for recycling to become monetarily feasible, the price of silver should touch the historical high of $50 according to analysis by Chandni Burman in Daily News and Analysis (DNA).

Silver mine production rose by 4 percent to 709.6 Moz in 2009. Gains came both from primary silver mines and as a by-product of gold mining. Regionally, the strongest growth stemmed from Latin America, where silver output increased by 8 percent, with the most visible gains recorded in Argentina and Bolivia. Peru was the world's largest silver producing country in 2009, followed by Mexico, China, Australia and Bolivia.

All of these countries saw increases last year except for Australia, where output from the lead/zinc sector declined markedly. Global primary silver supply recorded a 7 percent increase to account for 30 percent of total mine production in 2009, according to The Silver Institute.

Meanwhile silver production is not being ramped up sufficiently to meet demand and some analysts opine that the world will run out of silver by 2020. "Silver is largely used as an industrial metal. It is a very good conductor of electricity, the best heat transfer agent and reflector of light, a very good lubricant, catalyst and alloy. But it is used in very small amounts as an industrial metal. Given this, it is not easy to recycle silver," the DNA report said.

Also, at its current price, it is not monetarily feasible to recycle silver. Experts are of the view recycling will become monetarily feasible only once the price of silver crosses around $50 per ounce (currently it quotes at around $32-33 per ounce). Given these reasons, increasing sale of silver scrap is not very easy, the DNA report added.

Posted by Unknown at 3:13 AM No comments: 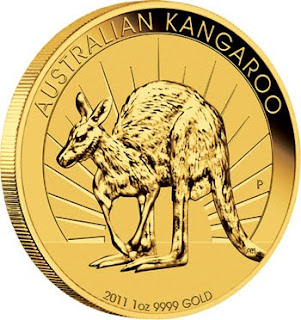 From Reuters:
By Jan Harvey

LONDON, Feb 21 (Reuters) - Gold prices rose above $1,400 an ounce on Monday for the first time in nearly seven weeks as violence flared in North Africa and the Middle East, boosting interest in the precious metal as a haven from risk.

Tensions have spread from Egypt and Tunisia, where protests unseated leaders earlier this month, across the Middle East and North Africa, threatening the grip of long-entrenched autocratic leaders.

"There is no doubt that the recent move higher across the precious metals reflects a degree of safe-haven buying as a result of the unrest in the Middle East," said Daniel Major, an analyst at RBS Global Banking & Markets.