Julian Assange's debut as TV-show host on RT was bound to provoke a mixed reaction from around the globe. The world's top whistleblower has drawn a wave of criticism for his choice to talk to a guest largely ignored by the mainstream media. Journalist Glenn Greenwald thinks there's apparent hypocrisy in the way some US media treat Assange.

Bob Chapman of the International Forecaster newsletter also joins Alex to talk about the economy and other issues.

Gerald Celente on the US Fascist State

Gerald discusses his upcoming Trends Journal report and the fascist state that the USA is becoming with Eric King of KWN. Listen to the interview here
Posted by Unknown at 5:24 PM No comments:

Oh Glenn, you a bit ticked off that you couldn't get a gig with RT and that your show is not watched by 100's of millions of dedicated viewers? 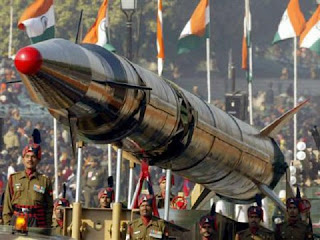 From The International Business Times

Less than a week after North Korea's failed rocket launch, India may be on the verge of test-firing a nuclear-capable missile that has the ability to reach all parts of Asia and even parts of Eastern Europe,according to reports.

Other series of Agni rockets have smaller ranges that were designed to protect India’s borders with Pakistan.

According to a report in the Sydney Morning Herald ofAustralia, the Agni V missile will probably be fired from Wheeler Island off the eastern coast of Orissa province between Tuesday and Friday.

A spokesman for India's Defense Research and Development Organization, Ravi Gupta, said in a statement that the launch time is flexible ''because this is our longest-range missile and there are many logistics issues and hence we don't plan for one day.”

The rocket, he added, is designed “to meet our present-day threat perceptions, which are determined by our defense forces and other agencies,” a likely reference to historical enemies, China andPakistan.

"This missile is about neutralizing the threat coming from China,'' said Uday Bhaskar, an analyst at the New Delhi-based National Maritime Foundation, said, according to Bloomberg.

''The tests are about trying to create equality with China rather than trying to outdo it.''

China and India, the two vast nations that dominate Asia, have long disputed large portions of their 2,200 mile border and fought a war in 1962. Still, as far as nuclear stakes are concerned, China is believed to have almost six times as many warheads as India does.

If successful, India would become only the sixth nation to publicly deploy intercontinental ballistic missiles. The five other countries with that capability -- the U.S., China, Russia, the UK and France -- comprise the permanent members of the United Nations Security Council.
Posted by Unknown at 9:34 AM No comments: 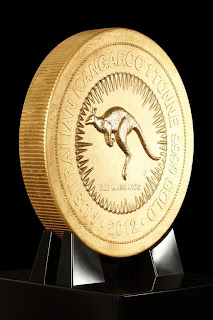 On Wall Street, the taxi driver indicator refers to a mentality that is common at the peak of bubbles in financial markets. The theory is that when everyone from taxi drivers to shoeshine boys are invested in a particular asset, that investment has become too crowded for its own good and is bound to collapse.

Bernard Baruch, a legendary stock trader, described how the taxi driver indicator played out before the Crash of 1929. He said, “Taxi drivers told you what to buy. The shoeshine boy could give you a summary of the day’s financial news as he worked with rag and polish. An old beggar who regularly patrolled the street in front of my office now gave me tips and, I suppose, spent the money I and others gave him in the market. My cook had a brokerage account and followed the ticker closely. Her paper profits were quickly blown away in the gale of 1929.”

Flash forward to today, and the taxi driver indicator is still being used to gain a read on financial markets. CNBC recently aired a segment that asked people walking along the Santa Monica Boulevard boardwalk in California which item they would rather have: $600 in cash, one share of Apple stock, an iPad 2 or one-third of an ounce of gold. While it is not a perfect example of the taxi driver indicator, it showed insight to how some, if not most Americans think. All items available to choose from were valued around $600, but the respondents had different views on the best pick.

Despite being called a bubble numerous times in the past few years, very few respondents picked the gold coin. In fact, only one man chose the gold coin and when asked why, he responded, “because gold’s going to $3,000.” The one share of Apple or the iPad 2 was the more popular choice. This simple yet eye-opening segment portrays the typical investment mindset in America. After an 11-year bull market run, the average Joe is still unaware of the benefits that gold offers. To call gold a bubble is not only short-sided, but wrong.

Last year, Eric Sprott and Andrew Morris published a piece called, “Debunking the Gold Bubble Myth.” The article referred to statistics from the CPM Group that clearly shows that gold is under-owned by the entire globe on a historical basis. The article states, “By the end of 2009, nine years into the gold bull market that began in 2000, they estimate that gold had increased to represent a mere 0.6 percent of global financial assets.” By comparison, gold as a percentage of global financial assets totaled roughly 3 percent in 1980. Sprott and Morris conclude, “Gold ownership didn’t change much last year either, as we estimate that this percentage increased to 0.7 percent of global financial assets in 2010. So despite gold reaching record nominal highs, the world holds about the same portion of its wealth in gold as it did over two decades ago.” This indicates that “smart money” is hardly in precious metals, let alone shoeshine boys.

More recently, gold sales from Australia’s Perth Mint, which processes all of the country’s bullion, decreased more than 9 percent last month. Sales of gold coins and bars dropped to 38,123 ounces in March, compared to 42,161 ounces a year earlier, according to Bloomberg. Meanwhile, silver sales declined 39 percent to less than 700,000 ounces. Sales of gold coins from the U.S. Mint also declined 15 percent in March.

These are hardly signs of taxi drivers and shoeshine boys gone investing wild. Remember, the average Joe must not only talk about the bubble asset class, but also invest in it. When there is truly no one left to buy, that is when bubbles pop. During the housing bubble, people on the street were not only recommending buying and flipping houses to friends, family and complete strangers, but they were actively participating in the craze too. Gold and silver have not reached this stage today and should not even be considered a bubble until it does.
Posted by Unknown at 9:03 AM No comments: