Gold in a Bubble? 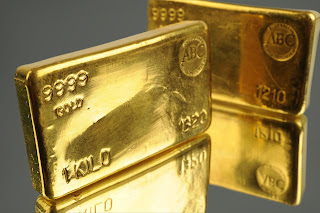 An interesting post from MaxKeiser.com re the recent Business Insider article giving 11 reasons why gold is in a bubble. Read the article and watch the video retort from one of Max's readers. I have to agree with retort of the bubble premise, particularly this point:

This point is the strangest of the whole 11, if you were making a product that required gold for some reason, eg in electrical contacts, but you could just as well use silver why wouldn't have already switched to silver - or more sensibly used silver from the start? More importantly many silver's industrial uses can only be performed by silver and no other metal.

Ultimately Gold derives it's value because it is rare and the above ground supply increases on average at 2% per year, which is roughly the same as the world's average population growth. That means Gold's supply to population is static unlike paper currencies which seem of late to have grown exponentially.

The UK Pound to Reach Parity with US$ and Euro? An interesting article from ArabianMoney.net The editor muses that the currency traders will soon start, if they haven't already, marking down the value of the Pound vs. the $US and the Euro and that investors should exit UK Pound denominated investments. Note in the comments section of the article where both the editor and readers agree that all currencies are ugly and the only alternative to currencies is gold.

Foreign exchange dealers have decided to slaughter the UK pound. This morning’s press attacks appear the start of a sustained campaign to drive sterling much lower and profit from the process. And who can blame the forex guys for backing a one-way bet, and probably one the British Government secretly endorses......read on
Posted by Unknown at 11:42 AM No comments:

Goldman: The Fed Needs To Print $4 Trillion In New Money 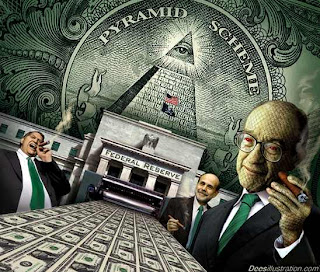 With just over a week left to the QE2 announcement, discussion over the amount, implications and effectiveness of QE2 are almost as prevalent (and moot) as those over the imminent collapse of the MBS system. Although whereas the latter is exclusively the provenance of legal interpretation of various contractual terms, and as such most who opine either way will soon be proven wrong to quite wrong, as in America contracts no longer are enforced (did nobody learn anything from the GM/Chrysler fiasco for pete's sake), when it comes to printing money the ultimate outcome will certainly have an impact. And the more the printing, the better. One of the amusing debates on the topic has been how much debt will the Fed print....Is the case for $10,000 gold becoming clearer?.......read on
Posted by Unknown at 7:59 AM No comments:

In the following video noted historian Niall Ferguson notes that in today's inter-connected global economic system govt. stimulus programs tend to "leak" into places they were not designed to go. Such as commodities, precious metals and emerging markets. Whilst Niall is discussing the US situation it is also, if not more so, relevant to Australia. If it was not for China embarking on the world's biggest stimulus program in September 2008, and much of that stimulus "leaking" into demand for Australian coal, gas and minerals Australia would have not avoided recession, no mater what Batman and Kevin would have liked you to believe at the time.