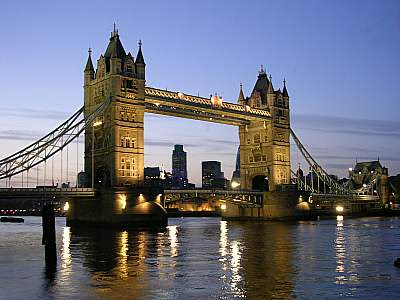 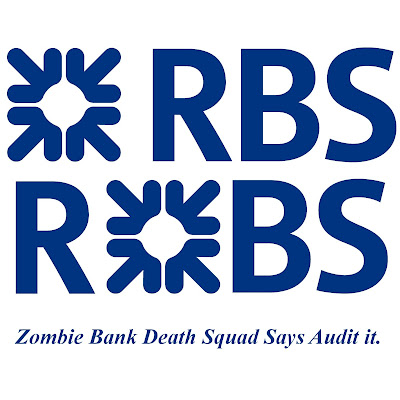 For my UK readers:

I want to know exactly what RBS's debts and its assets are, I want to know who they owe money to and what the agreements say. Same goes for loans made by the bank. Who, what terms, how much and I want to hear from the people who made the deals.

Of course one major fear would be that if the truth about RBS's assets were known and priced this would effectively price not only the assets and liabilities of all the counter-parties to the RBS deals but also those who held or made similar deals.

My argument there is - "What, we can't know what we are liable for and what we are paying for, because it might harm someone else entirely, someone I don't know, and with whom I have no agreement? I don't think so. It's nothing personal you understand, it just business."

I personally, as a tax payer, was taken into a vastly costly deal blindfolded. I want the blind fold removed. Don't tell me 'experts' have looked at it for me. I do not believe those 'experts' have any concern for me or mine. I think they are working for interests other than mine and I do not think their opinions are worth anything to me.

We own the vast majority of RBS. I think the only reason we don't own it all is because if we did it would be liable to Freedom of Information Requests. But nevertheless we own it and we therefore have both a moral and legal right to know what it is we were forced in to buying and also forced into insuring. We have a right to demand a publicly conducted Debt Commission.

Media Manipulation: 'NATO in a hurry to wrap up war in Libya'


NATO's presence in Libya little resembles a humanitarian mission with houses, hospitals and schools being hit. But Libya prospered prior to NATO's intrusion, Yvonne Di Vito, an activist from Libyanfriends.com told RT.

Posted by Unknown at 6:07 AM No comments:

Posted by Unknown at 6:03 AM No comments: 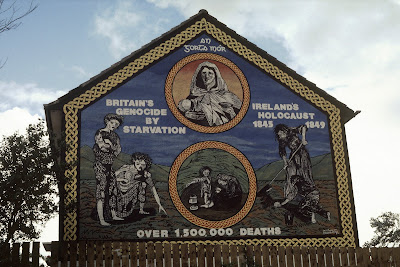 FAMILIES in modern Ireland are going without food to meet the demand of mortgage debt.

The arrival of the second wave of the economic crisis, giving rise for the first time in many decades to the spectre of hunger, has caused shock across the country.

The decision of homeowners to choose hunger over a fear of eviction helps expose as irrelevant the issue of "moral hazard", the defence of policymakers who resist calls for debt forgiveness.

A nationwide Sunday Independent/Quantum Research poll has found massive support for the concept of debt forgiveness to help those who are genuinely unable to meet their full mortgage payments.

The poll found that 70 per cent supported the idea of debt forgiveness and, more tellingly, 73 per cent would not resent such relief for homeowners while they themselves continued to meet their commitments......read on