Silver starts to get some of the investor spotlight From the Globe & Mail:

The poor cousin to gold has been in the shadows of the bullion upsurge. Now the shiny metal is on its own flight upward

While silver (SI-FT21.00-0.05-0.24%) has long been overshadowed by gold as an investment, the surging price of the yellow metal this year is helping to drag its cousin into the limelight again.

Silver for December delivery settled last Friday at $20.82 (U.S.) an ounce on the New York Mercantile Exchange – the highest level in the three decades since the Hunt brothers of Texas tried to corner the silver market in 1979. It closed Tuesday at $20.64.

Many of the same factors driving gold (GC-FT1,292.00-0.10-0.01%)higher are also propelling silver. In both cases, investors are looking for havens from fears of slumping currencies and future inflation.

Just as with gold, opinions are sharply divided on silver’s future, with some investors trumpeting its potential for further gains, while others are busily selling down their stockpiles to take advantage of the recent high prices.....read on

No end to gold's surging price ahead? 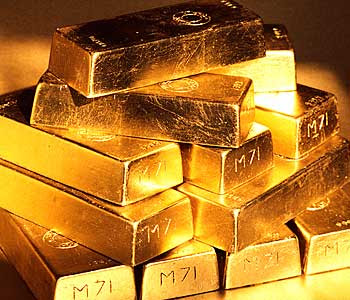 Gold has been continuing its recent price pattern this week - moving up, consolidating, moving up again and reaching new highs on each upwards step. Markets are a little fickle, but there does seem to be a certain momentum developing which, on the current pattern will push the yellow metal through $1300 and then perhaps go on much higher. As long as continuing doubts remain about the true state of the global economy, and about the moves being made to try to stop major economies descending into depression, which tend to be gold positive, one can see little reason why this pattern should not continue.

On patterns over the past few years, September is usually a good month for increases in the gold price and obviously this year is no exception - but beware - October is more frequently a month of consolidation and as often as not sees a falling back before a surge in the final couple of months of the year. Obviously whether this year follows this recent pattern remains to be seen, but as Harmony's Graham Briggs was recently quoted as saying on the sidelines of the Denver Gold Forum this week - "Three thousand dollars is unlikely at the end of the year, but if someone said fifteen hundred, that wouldn't strike me as too crazy a statement.".....read on
Posted by Unknown at 10:02 PM No comments: 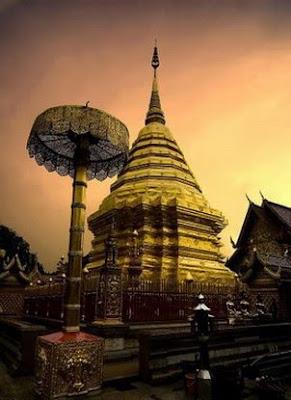 The price of gold is booming and expectations are it will remain strong into Q2 2011 but Jeff Christian does not believe we are going to see a repeat of the 1980s.

Gold has broken through its all time high in five consecutive sessions and is coming perilously close to the psychologically important $1,300 per ounce level.

And, while sentiment and the trend remain strong, Jeff Christian, MD at the CPM Group believes we could see a top to this move in the next 12 months.

Speaking to Alec Hogg on a Mineweb.com Newsmaker podcast, Christian said, "I think the price is going to be strong from now into December or the first quarter of 2011. But we think that if you go out 12 months from now, if the expectations of the economic and financial markets have improved, you could see a marginal reduction in investment demand, and that could lead to a sort of rounding top in the gold price."

He does not, however expect a repeat of the 1980s where you saw, he says, "This big capitulation spike up and then a gigantic blow-off,"

Instead, he expects the gold market to reach new highs and then move sideways to slightly lower.

Asked his views on what is currently driving the market, in light of the further bout of quantitative easing that is expected, Christian says, that is one element but, is only one part of a bigger package.

"The real one-up in gold prices started I guess last week, when the Bank of Japan intervened against the yen. Gold is the ultimate safe haven investment, but what we've seen in the previous several weeks or month or so was a lot of investors were treating the yen like gold, so they were moving into the yen as a safe haven.

"When the Bank of Japan came in and said no, we don't want you to keep buying the yen, it's not a safe haven, we want the yen to fall, you saw the enormous amount of investment funds sort of refocus on gold and silver, saying OK, playing with the yen is over, let's go back to the basics."
Posted by Unknown at 9:56 PM No comments: 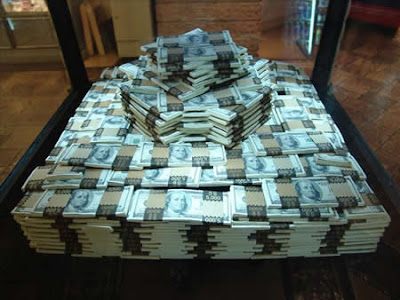 By Toby Connor: It's been my position for a while that Bernanke's monetary policy would eventually create a currency crisis in the world's reserve currency.

I warned that crisis would begin as soon as it became apparent the dollar was caught in the grip of the 3 year cycle decline.

I had three conditions that had to be met before I was willing to call the beginning of the end. The first condition was for the dollar to move below `82. That was the warning shot that problems were developing.

The second and third conditions were a move below long term support (80) and a failed intermediate cycle.

The drop below 80 this morning has now completed the final two conditions.....read on
Posted by Unknown at 9:38 PM No comments: 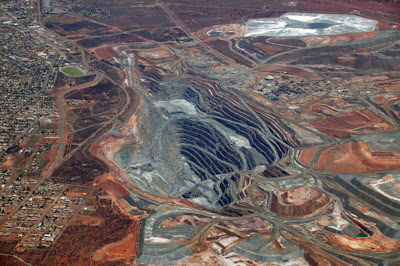 From the Australian: A GATHERING of the world's leading gold mining companies in Denver offers a marked contrast to that of two years ago.

During the September 2008 Denver Gold Forum mining conference, the gold price was declining as investors sold just about everything in panic, and mining companies' shares were being pummelled even harder.

Now, gold is trading just shy $US1300 an ounce, and the record prices are boosting margins.

That is making lower-ore-grade projects economically viable, allowing for the prospect of raised shareholder dividends and spurring a flurry of acquisitions while the companies also keep their own drills turning.

"We're going to have excess cash," Vancouver-based Goldcorp chief executive Chuck Jeannes said on the sidelines of this year's forum, which drew a record of more than 1000 attendees. "We have the ability to fund all of our capital needs with internal liquidity."
Across the board, the heads of gold mining companies were bullish on the metal, even as prices reach never-before-seen levels.

Mining companies attribute their upward price outlook to increased investor interest in the metal as a safe haven amid financial-market uncertainty and sovereign debt fears.

They also note gold's perceived role as a currency and inflation hedge, and that central banks have shifted to net buyers of the metal.

Ultra-low interest rates also continue to support gold by lowering the opportunity costs of owning the metal, which pays no interest itself.

They say demand will outstrip flat or declining mine production.

Investors are seeking to expand the metal's presence in their portfolios, said Richard O'Brien, chief executive of Newmont Mining, the world's second-biggest gold producer after Barrick.

"Gold is underheld," Mr O'Brien said. "People are re-examining the role of gold in their portfolios. I think that bodes well for the price of gold."

The high gold prices have helped boost global gold mining mergers and acquisitions, a trend which the miners see continuing.

Deals in the global mining sector have topped $US100 billion ($105bn)so far this year, with gold sector deals accounting for nearly 40 per cent of all deals by volume year-to-date, according to PricewaterhouseCoopers.

"There just is not much new gold being found," Kinross president Tye Burt said.

So larger mining companies are continuing to buy up smaller producers and explorers to enhance their reserves.

"I do think you'll see more deals," Goldcorp's Mr Jeannes said. "We (mining companies) deplete our resources every day. You have to either find new resources or buy them."
Posted by Unknown at 3:33 PM No comments: