Catherine Austin Fitts - The Big Question is How Violent will Things Get?

Posted by Unknown at 8:25 PM No comments:

Horoscope of the Week

This is most likely where ANZ have opened "their" vault, ie they have rented a room in this place. 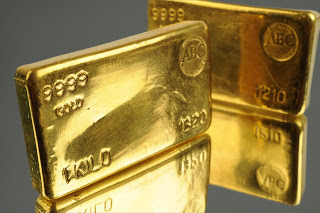 ANZ has started a second bullion vault in Asia to cater for growing physical demand that the bank sees driving prices as much as 13 per cent higher over two years.

The leased facility, which can hold 50 metric tonnes, opened in Singapore last month, adding to storage in Hong Kong, Perth and Zurich, according to Eddie Listorti, co-head of fixed income, currencies and commodities. The vault could keep $US2.13 billion ($2.36 billion) of metal at yesterday’s close, Bloomberg calculations show.

The bullish stance on gold from ANZ, which has forecast the metal at $US1400 an ounce in 2014 and $US1500 in 2015, contrasts with the outlook from Goldman Sachs, which predicts lower prices as the US Federal Reserve scales back stimulus.

The latest World Gold Council report is out, in summary it details the following:

Report download link (requires a login, which can be created for free)

Gold and US interest rates: a reality check

An in-depth analysis on the true relationship between gold and US real interest rates – and how it has changed over time – disproving common misconceptions and exploring gold’s portfolio performance during different interest rate environments.

What drives gold? Factors that influence the asset class and its role in a portfolio

The role of gold in defined-contribution plans: Mexico case study

A study exploring the benefits of having gold as an integral component of retirement portfolios, focusing on the Mexican pension fund experience.

Read more
Posted by Unknown at 1:17 PM No comments: