With the release of a series of US cables by Wikileaks referencing China and Gold this week, particularly the cable to the Secretary of State, Hilary Clinton I thought it only fitting we respond with some classic Split Enz.

Split Enz - Message To My Girl


In a nighttime speech to Congress, President Obama has unveiled a package of tax cuts, public works spending and extra jobless benefits he says will re-ignite stone-cold job creation -- if only lawmakers set aside partisanship and pass it. 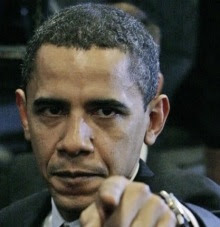 The Shanghai-based Shanghai Media Group (SMG) publication, China Business News (Diyi Caijing)(02/08)(pg A7): "This time the quick change of the U.S. policy (toward China) has surprised quite a few people. The U.S. has almost used all deterring means, besides military means, against China. China must be clear on discovering what the U.S. goals are behind its tough stances against China. In fact, a fierce competition between the currencies of big countries has just started. A crucial move for the U.S. is to shift its crisis to other countries - by coercing China to buy U.S. treasury bonds with foreign exchange reserves and doing everything possible to prevent China's foreign reserve from buying gold.

The nature of such behavior is a rogue lawyer's behavior of 'ripping off both sides': taking advantage of cross-strait divergences, blackmailing the Taiwan people's wealth by selling arms to Taiwan, and meanwhile coercing China to buy U.S. treasury bonds with foreign exchange reserves and extorting wealth from the mainland's people. If we [China] use all of our foreign exchange reserves to buy U.S. Treasury bonds, then when someday the U.S. Federal Reserve suddenly announces that the original ten old U.S. dollars are now worth only one new U.S. dollar, and the new U.S. dollar is pegged to the gold - we will be dumbfounded.

Today when the United States is determined to beggar thy neighbor, shifting its crisis to China, the Chinese must be very clear what the key to victory is. It is by no means to use new foreign exchange reserves to buy U.S. Treasury bonds. The issues of Taiwan, Tibet, Xinjiang, trade and so on are all false tricks, while forcing China to buy U.S. bonds is the U.S.'s real intention."
Posted by Unknown at 5:40 PM No comments:

Wikileaks - 'Be vigilant when considering restoring the gold standard system' 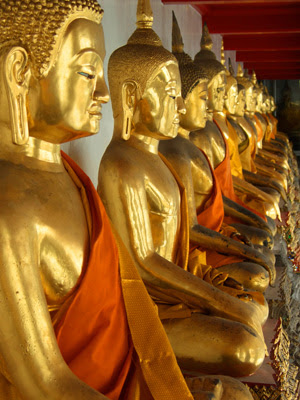 "Be vigilant when considering restoring the gold standard system"

"Recent Western opinion has advocated a new Bretton Woods system with the U.S. dollar as the core and restoration of the 'gold standard' to solve the financial crisis. The appearance of such thought is not accidental. There is a great deal of background. The American financial crisis has caused the loss of the U.S. dollar's credit. Therefore, American financial strategists seek to use the gold standard system to maintain the global financial system led by the U.S.

Therefore, rapid economic growth will be relatively limited in the area of currency supply. The possible consequences would be: first, due to the economic growth of the U.S. and Europe is low, the partial reserve system can satisfy their currency supply and will not form serious restriction on their economy, but will greatly restrict China, India and other developing countries. Second, developing countries have to spend lots of foreign reserve to purchase gold. This decision betrays the common wish of the international society to substantially reform the international financial system."
Posted by Unknown at 5:16 PM 1 comment:


In just a few days, the United States will be marking its greatest tragedy in half a century - the terrorist attacks on September 11th 2001. What followed was a decade of invasions, torture scandals and untold abuses on both sides. As we begin our special coverage of the anniversary, RT's Gayane Chichakyan takes a look at whether the past decade's made America any safer.


President Barack Obama is to speak before the U.S. congress to tackle the ongoing job crisis gripping America. It follows reports that no new jobs had been created in the country during August - worrying news for a nation with 24 million classed as unemployed or underemployed. For more insight into Obama's proposed Jobs Act and what it might entail RT talks to Max Fraad Wolff, Senior Analyst for Greencrest Capital.

How are Silver Coins Minted?

A behind the scenes look at how silver coins are struck.
Posted by Unknown at 8:50 AM No comments:

From NBC:
Who do you think won the Republican debate at the Reagan library?

This week Max Keiser and co-host, Stacy Herbert, discuss the threatening downward spiral of all out war of bankers versus everyone else. In the second half of the show Max talks to Israeli economist, Shir Hever, about protests, apartheid and the warfare state.