Posted by Unknown at 5:14 AM No comments: 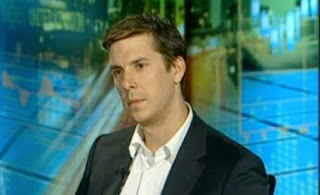 Thanks to Jesse for capturing this speech by one of the precious metal and finance industries rising stars. Jesse's post can be found here. As an intro here is some of Ben Davies's opening remarks.....

Economics has sought to blend epistemology, physics, mathematics, and behavioral science to try to measure uncertainty. They aim to try to predict when we might have an economic collapse, but no model has been created that manages this with much confidence, if any at all. How do you measure a risk that is unmeasurable?

No, there is nothing certain about economic predictions. Donald Rumsfeld, the former U.S. defense secretary, unwittingly declared it so at a NATO press conference in 2002, when he responded to a question on intelligence gathering:

Ridicule aside, I do think it was brilliant piece of polemic, irrespective of one's political persuasion. Without knowing it, Rumsfeld could actually be the poster child for a new line of economic thought that tries to draw parallels from physics -- the Heisenberg Uncertainty Principle.

In quantum physics this principle states that certain pairs of physical properties, such as position and momentum, cannot be simultaneously known to arbitrarily high accuracy........read in full
Posted by Unknown at 2:36 AM No comments:

Investment Guru Jim Rogers sees Gold hitting US$2,000/oz in the near future off the back of increased money printing. Also he rightly points out that even though Gold will go higher, Silver still at only 60% of its all time high is the better buy of the two.

Posted by Unknown at 1:17 AM No comments:

Silver Exports From China May Slump by 40% This Year 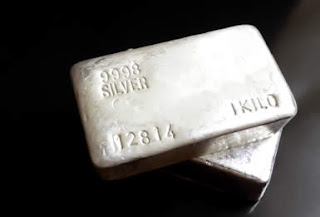 Oct. 19 (Bloomberg) -- Silver exports from China, the world’s largest, may drop about 40 percent this year as domestic demand from industry and investors climbs, according to Beijing Antaike Information Development Co.

Shipments may decline from about 3,500 metric tons in 2009, said Feng Juncong, chief analyst at the state-owned Antaike, without providing a specific forecast. Customs data show exports plunged almost 60 percent to 970 tons in the first eight months. Cancellation of an export rebate in 2008 is also hurting shipments, she said.

Reduced exports may bolster prices that are trading near a 30-year high on speculation that governments worldwide will take further steps to stimulate their economies, weakening currencies and increasing demand for assets that are a store of value. China, the third-largest producer after Peru and Mexico, revoked export rebates in August 2008 to curb use of natural resources.

“There is huge demand in China this year and that has affected exports, which were already hurt after the tax rebate was abolished,” said Ng Cheng Thye, head of bullion at Standard Bank Asia. “The demand is coming from all areas, including jewelry, investment and fabrication and this has resulted in a physical market shortage in the Far East.”

The metal for immediate delivery touched $24.92 an ounce on Oct. 14, the highest price since September 1980, and traded at $24.2750 at 2:28 p.m. in Singapore. Industrial applications for silver, including electrical conductors and batteries, represent about half global demand.

“There are Chinese investors now hoarding silver, along with other resources, amid anticipation of higher inflation,” Feng said. “China is short of resources so these investors believe the metals will be more valuable in the future.”........read in full