A must watch interview with Paul Craig Roberts whom I consider the greatest living American.

Greece's tremulous pro-austerity coalition government faced another challenge this week as the country's main labour unions staged the first general nationwide strike since the June elections. A wave of strikes has erupted in Greece this month against the ongoing finalization of the latest €12 billion package of budgetary restrictions. 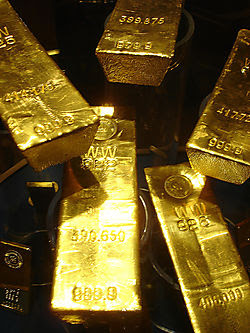 The IMF reported that various countries continued diversifying into gold in July, some significantly.

Paraguay became the latest central bank to begin diversifying into gold. Their gold reserves rose sharply - from a few thousand ounces to over 8 tonnes.

Desperate North Korea has exported more than 2 tons to gold hungry China over the past year to earn US $100 million. Even in tough times during the Kim Il-sung and Kim Jong-il regimes, North Korea refused to let go of its precious gold reserves.

Chosun media reports that “a mysterious agency known as Room 39, which manages Kim Jong-un's money, and the People's Armed Forces are spearheading exports of gold, said an informed source in China. "They are selling not only gold that was produced since December last year, when Kim Jong-un came to power, but also gold from the country's reserves and bought from its people."

This is a sign of the desperation of the North Korean regime and also signals China’s intent to vastly increase the People’s Bank of China’s gold reserves.

Nations bought 254.2 tons in the first half of 2012 and may add close to 500 tons for the year as a whole, the London-based World Gold Council said earlier this month.

The trend among central banks to diversify their foreign exchange reserve holdings with gold continues.

Paraguay is a new central bank gold buyer – expect many more central banks to begin increasing their gold reserves in the coming months.

Read more
Posted by Unknown at 4:16 PM No comments:

Sorry for the Max overload but this is surreal. I have been occasionally watching The Artist taxi driver videos on the blog Zombie Bank Death Squad so to see him with Max Keiser was a hoot.

Max Keiser speaks "On Corporations and the American School of Economics", at London Bitcoin Conference 2012.

If you would like to follow Matina her twitter handle is: @MatinaStevis
I have been following her for a few months and her tweets are always informative.

The End of Independent Wealth

Alex covers the latest news items serving as examples of how America has become a giant nanny state, the latest issue of New Scientist boasting Geo-engineering on its cover, Infowars' launch of a grassroots campaign to Opt Out and Film the TSA this Thanksgiving, the riots over austerity taking place in Greece and Spain, and more.

Always nice to see one of my favourite precious metals commentators and investors happy :-)

Squawk Box: With interest rates near zero, where can you find value in a low to no-yield environment? Joining us now is Eric Sprott, CEO and CIO at Sprott Asset Management. A long/short equity strategy with $10 billion in assets, over 80% of the fund is allocated in precious metals, is there anyone that liked QE3 more than you, Eric?

I never would've imagined when I got involved in gold I would have the benefit of irresponsible money printing, bank runs that are ongoing as we witnessed in the various countries in Europe. Those two ingredients along with the QE3 which has been announced I think will be a huge tail wind for gold and other precious metals to go higher.

Bank of Japan Is Ready for Monetary Stimulus Again 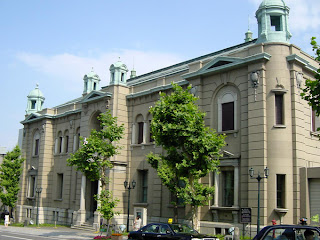 The Bank of Japan is ready to expand monetary stimulus again even after this month's action and may ponder new steps if necessary, board member Takehiro Sato said, warning of global uncertainties that could push the economy into recession.


In an exclusive interview with Reuters, Sato also said Japan may not achieve the BOJ's 1 percent inflation target as early as the central bank had hoped, issuing the strongest warning to date by a policymaker of risks to the country's recovery.

"We won't hesitate in taking additional monetary easing steps if we feel that risks have heightened enough and that the economy may undershoot our forecasts even after this month's monetary easing," he said on Wednesday.

Read on
Posted by Unknown at 10:43 AM No comments:

Sept. 26 - As Lloyd's of London swings back into profit, chairman John Nelson shares his thoughts on the likelihood of a eurozone break-up and his frustration with delays in Solvency II.

Assange to UN: US is trying to build a 'regime of secrecy'

On Wednesday night, Julian Assange, the creator of Wikileaks, addressed the United Nations General Assembly in an event called "Strengthening Human Rights" from the Ecuadorian Embassy in London where he has been trapped for several months. The event that was hosted by the Ecuadorian Foreign Minister Ricardo Patino and gave Assange a platform to draw attention to his case and he emphasized the importance of revealing the truth. Here is that speech.

We love Americans but hate America

This blogger is based in Australia and not surprisingly most of this blog's readers are Australian based, but this post is a plea to my US readers.

George Bush was wrong when he said "They hate us because of our Freedoms". Actually we love you because of your freedoms, your innovation, your scientific achievements. Although our love of you is eroding as your freedoms are eroded through the Patriot Act, NDAA, DHS and TSA; and your declining technical standards, such has having to hitch a ride with the Russians to get to the International Space Station and asking China to help build you a high speed rail system.

Whilst we still love Americans, the world is coming to hate America, and the main reason is that for the last 100 years you keep electing and having in positions of influence arrogant pricks!

What is it with Americans in positions of power that they cannot pick up a history book or an atlas?

Not that Australia is perfect, after all we had a self important midget that banned our guns and a bogan who banned our carbon.

The following video is a classic case in point. Patrick Clawson of the influential neo-con Washington Institute for Near East Studies is suggesting that the US should provoke a war with Iran. He mentions several wars that America has involved itself with after a provocative act has occurred.

Unfortunately he is either too ignorant or too devious to mention that all the provocative acts mentioned either didn't happen or were orchestrated by America itself.

WWII - Pearl Harbour. Historians have determined that President Roosevelt had prior warning of the attack from British and Dutch signals intelligence and in response moved the most valuable assets out to sea leaving Hawaii lightly defended.

WWI - The sinking of the Lusitania by a German U-boat brought America into WWI after the loss of 1,200 lives. But he doesn't mention that the German government took out newspaper ads warning people not to travel on the Lusitania as they considered it a legitimate target, as German spies had learnt that it would be carrying munitions to the UK.

Vietnam War - Gulf of Tonkin in which the US claimed North Vietnam had attacked a US destroyer which subsequently proved to be false.

War with Spain - The explosion of the USS Maine battleship in the Havana harbour which was blamed on Spain at the time, but later research points to accident or deliberate US action.

US Civil war - no need to explain this one, Patrick actually explains it for us.

War with Iran - Admits that the US in a covert war with the Iranians and could get nastier at that.

New Zealand has launched a probe into allegations of "unlawful spying" by government agents which led to the arrest of Megaupload founder Kim Dotcom.

The 38-year-old is fighting extradition to the US on internet piracy charges.

In June, a court ruled that search warrants used in the raid on his home in Auckland were illegal.

The FBI alleges that the German national, who is also known as Kim Schmitz, led a group that netted more 125 million euros by copying and distributing copyright content.

Iranian President Mahmoud Ahmadinejad's eighth address to the UN General Assembly was defined mostly by its absences: The Syrian conflict and an infamous anti-Muslim film weren't mentioned, and the US delegation wasn't present in the chamber - READ MORE http://on.rt.com/v7lctz