Martin Armstrong's latest essay on the outlook for the major share markets in the coming year....read here
Posted by Unknown at 10:56 PM No comments: 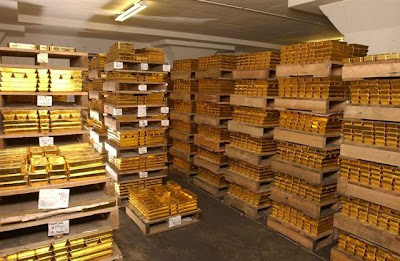 From ArabianMoney.net: US stocks rallied on Friday thanks to weasel words from Fed chairman Ben Bernanke after a dismal week with a dip below 10,000 on the Dow. The S&P 500 ended lower for the third week in a row. Tuesday saw the third Hindenburg Omen, the classic chart signal of an impending crash based on a complex analysis of trading movements.

You might ignore one Hindenburg warning but three? ArabianMoney announced the first on August 12th (click here). But we prefer to stick to fundamental analysis rather than look for zepplins crashing in the charts.

Here the picture is surely just as clear. The stock market continues to price in some kind of recovery while the economic indicators increasingly point to a double dip recession.

Remember the summer of 2008 and the way economists upped the ‘possibility’ of a recession to 30 per cent. They are at it again, apart from old Albert Edwards at Societe Generale whose bearish vision makes Marc Faber look an optimist.

Mr Bernanke’s touching commitment to save the US economy has also been with us for a long time, and it has not worked to date, although things might have been very much worse.

Bond yields are at record lows. Money is shifting into gold and silver with gold bullion purchases up 40 per cent this year. Share prices rose on thinner and thinner volumes this summer. The day of reckoning is coming. Indeed, the Hindenburg Omen suggests it is happening now. 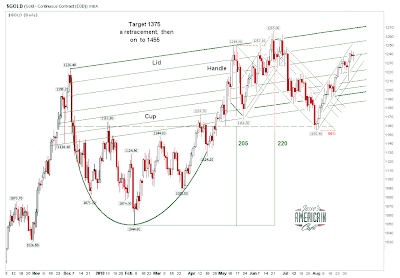 Thanks to Jesse's Cafe Americain for the chart
Posted by Unknown at 8:35 PM No comments:

Max and Stacey discuss the last Ponzi scheme - War. Max informs us that China, Russia & Iran are buying up the world's gold supplies to hedge against the coming fall of the US$ 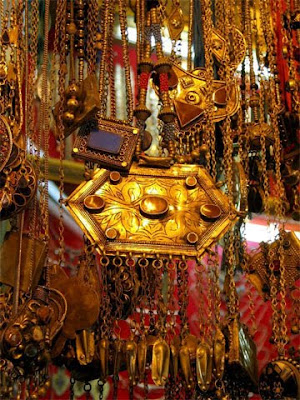 TEHRAN – Iran imported over 22 tons of gold ingots worth over $855 million in the first four months of the current calendar year (started march 20, 2010).

The figure accounts for 4.64 percent of Iran’s total value of imports during the mentioned period.

Turkey, Russia, and the United Arab Emirates were the main exporters of gold to Iran. 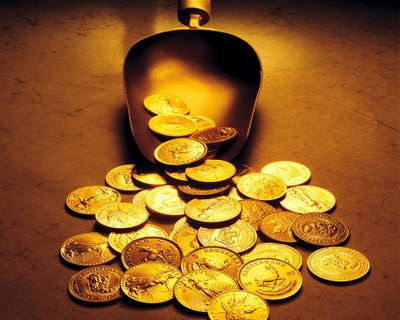 The World Gold Council released its Gold Demand Trends publication for the second quarter of 2010 and highlighted the massive growth in investment demand, including a 414% jump in gold ETFs.....listen to minweb report
Posted by Unknown at 6:03 AM No comments: 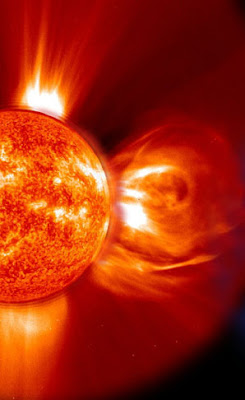 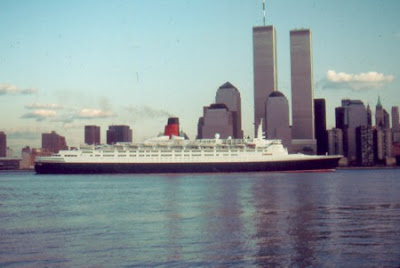 By Jim Willie: History is being made. The American public has never been so nervous, perhaps fearful of something dreadful and imminent. The global monetary system is crumbling. The typical stimulus has failed to jumpstart the USEconomy. The 20 months of near 0% short-term official interest rate has failed to revive the moribund US housing market. The fraudulent FASB accounting rule allowance has only succeeded in delaying the demise for the big US banks, which do not lend much, but do continue to benefit from USFed liquidity facilities. Witness the failure of the US financial sector. Witness the climax chapter of failure for the Fascist Business Model. The US banker brain trust, which possesses only a modicum of economic wisdom, analytic prowess, or foresight, finds itself in a desperate corner. Their talk of an Exit Strategy in the last several months was summarily dismissed as nonsense, propaganda, and wishful thinking by the Jackass here on a consistent irrefutable basis. The US Federal Reserve is ready to embark on the second round of Quantitative Easing. The monetization of US$-based bonds of many types will be done on a second initiative, on cue. Here is the irony, the insanity, the recklessness, the tragedy. What failed, they will do again, maybe even bigger! At risk is global confidence and trust of the United States, hardly a zero cost item.....read on

Posted by Unknown at 1:35 AM No comments: