The Morning After: What happens when a government destroys its currency 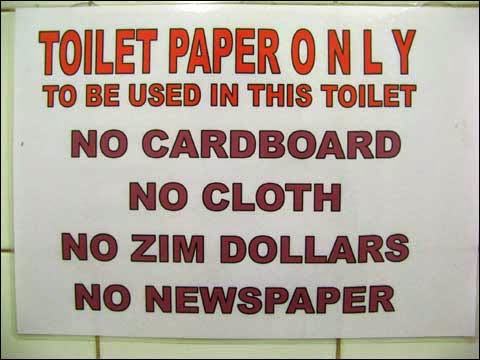 "Everyone in the country was in shock. People’s net worth had devalued more than 53% overnight.”

“The value in savings accounts dropped in half and neither merchants nor consumers knew how to react because they had never been through something like it before...”

This is how an American business executive described living through Mexico’s devaluation of the peso exactly 38 years ago on September 1, 1976.

Looking back, it was so obvious.

Mexico had a mounting debt, destructive policies, and a woefully unsustainable fixed exchange rate with the US dollar. All the writing was on the wall.

But most people ignored the warning signs and kept their money in pesos.

Mexican President Luis Echevarria even went out on the radio to reassure people that the currency was safe.

Finally, under intense fiscal pressure, the government reached its breaking point. And on August 31, 1976, they made the decision to devalue the peso.

People woke up the next morning on September 1st to a 50%+ decline.

Coincidentally today is also the 75th anniversary of the Nazi invasion of Poland, the event that ultimately dragged the world into war.

Germany had already invaded Austria and Czechoslovakia in the months before.

By May 1939 Hitler had stated very plainly, “the decision remains to attack Poland at the first opportunity.”

Even a week before the invasion, Hitler told his military commanders, “I have prepared . . . my 'Death's Head' formations with orders to kill without pity or mercy all men, women, and children of Polish descent or language.”

Germany had 60 divisions massed on the Polish border ready to invade.

Yet people in Poland were told to keep calm, remain in place, and have confidence in their leaders.

Finally, on August 30, the Polish government ordered a partial mobilization to meet the German threat.

Needless to say, it was too little, too late. Germany invaded only hours later.

This is a familiar story that repeats across history. Despite obvious warning signs, people almost universally allow themselves to ignore reality.

It’s human nature to want to believe that everything is going to be OK. And when our political leaders whisper soothing words of hope and optimism, we take the bait.

Looking back, it was plain as day that Mexico was going to devalue the peso. Everything about the economy and currency was totally unsustainable. Deep down people knew it.

Similarly, it was plain as day that Hitler was going to decimate Poland. And people knew it.

Yet millions allowed their confidence to be misplaced in leaders who assured them that everything was OK.

Are we so different today?

The raw numbers tell us that most banks in Europe are insolvent. Bank in the US are dangerously illiquid.

Most western governments are bankrupt. Pension and social security funds are insolvent.

Financial markets are at precarious valuations. And the dollar is beginning to unravel as the dominant reserve currency.

These are data-driven assertions. And my guess is, deep down, your instincts are also telling you that something is seriously wrong with the system.

Yet we’re all told to keep calm by our leaders. There’s nothing to see here, nothing to worry about.

Looking back, it’s all going to seem so obvious. If a major, global currency crisis hits within the next 12-months, people will think, “duh, how did I not see that coming?”

Unfortunately by then it will be too late.

It takes only a little foresight and planning to insulate yourself from an event that can have disastrous consequences.

If you knew the Mexican peso was at an unsustainable level, why would anyone continue to hold pesos?

Similarly, if all the objective data suggests that the dollar is in store for an epic decline… and that the entire world is on a path to shift away from the dollar, why in the world would any rational person base his entire life savings in dollars?

It takes little effort to actually do something about it. Hold stronger currencies overseas. Own real assets. Move your retirement account abroad where your bankrupt government can’t steal it.

These are common sense steps, just like putting on a seatbelt when you get into a car.

The time to act is now. Why play Russian roulette when the odds are clearly in favor of the house?

Don’t try to time it. Nobody has a crystal ball. It’s irrelevant whether the trend unfolds over weeks, months, or years. It’s pretty clear where this is all headed.
Posted by Unknown at 4:16 PM No comments:

The lightning advances the Islamic State made across Syria and Iraq in June shocked the world. But it's not just the group's military victories that have garnered attention — it's also the pace with which its members have begun to carve out a viable state.

Flush with cash and US weapons seized during its advances in Iraq, the Islamic State's expansion shows no sign of slowing down. In the first week of August alone, Islamic State fighters have taken over new areas in northern Iraq, encroaching on Kurdish territory and sending Christians and other minorities fleeing as reports of massacres emerged.

VICE News reporter Medyan Dairieh spent three weeks embedded with the Islamic State, gaining unprecedented access to the group in Iraq and Syria as the first and only journalist to document its inner workings.

From IN THE NOW

Posted by Unknown at 5:41 AM No comments:

Ebola patient escapes Liberia quarantine and is chased through market

Makes me wonder when we will see similar scenes in Rustenburg, SA.

Posted by Unknown at 3:51 AM No comments: