Considering all the tragedy in the world this week I decided I would stay away from a chillout referencing the week woes. Instead I have taken inspiration from a discussion in the ABC Bullion showroom today with one of clients. We were discussing the gold and silver markets and trying to determine their next move. After a few minutes we determined if we knew the answer to that we would all be living in Margaritaville.

This week Max Keiser and co-host, Stacy Herbert, report on the rathole to the Walker palace and a secret silver investor. In the second half of the show, Max talks to media historian and critical theorist, Michael Betancourt, about agnotologic capitalism and the aura of the digital. 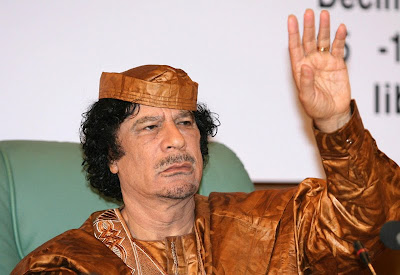 Foreign Minister Kevin Rudd says he hopes the UN Security Council's authorisation for air strikes to halt Moamar Gaddafi's offensives is not too late for the Libyan people.

This morning the Security Council cleared the way for air strikes to halt Mr Gaddafi's offensive against embattled rebel forces.

It approved a resolution permitting "all necessary measures" to impose a no-fly zone, protect civilian areas and impose a ceasefire on government forces.

Mr Rudd has been campaigning for a no-fly zone over Libya for several weeks and says Australia was "banging the drum" for quite a while.

"Let's hope and pray it's not too late," Mr Rudd said.

"The diplomatic effort has been tortuous. The military effort is now critical."

Enforcement will rely on air power, as the resolution rules out sending ground troops......read on

The epic 9.1 quake, Japan's largest in its history, and the devastating tsunami damaged Japan's infrastructure so badly that manufacturing plants had to be shut down. But more worrisome is the endless destruction of bridges, roads, electrical, and ultimately the nuclear disaster in progress.

As I speak, they just tried to use helicopters to drop water on the reactors and the spent fuel rod storage. It was just cancelled due to high radiation…does this remind you of another disaster?? Beginning with a C and in Russia?

If Japan cannot control the situation at the reactors, they ultimately could spread a big fallout cloud across half of Japan. Reports out that some minute contamination appeared in a city over 50 miles away in the tap water.

We have maybe one week left or even days before a total evacuation of that area if things don't improve quickly. But take a look at this picture of the reactor areas and you tell me if it looks workable for emergency workers:

They have a mere 50 workers trying to control 6 damaged reactors. It is not working so far. Each reactor normally has 100 workers. They have pulled back. If the many stored spent fuel rods burn, they already had one storage pool catch fire of these, it can release enough radiation in the atmosphere to make it worse than Chernobyl. It would definitely result in millions of evacuees. Get this, the storage pools for the spent rods are stored OVER the reactors! And the bulding roofs blew off!

After the disaster, the commodity complex got hammered; even so the Japanese stocks rallied 6 % last night. Gold sold off hard and this is typical in any major market crash as people sell gold to cover margins.

But, importantly, is a repatriation of Japanese money from abroad and also out of markets and the Yen carry trade. Considering how huge the Yen carry trade is, and that any time there is deleveraging, the Yen rises, and the Yen is rising on and off again, indicates that if this reactor mess goes more out of control, we might see some more major market action in a week. Crash wise.

This also has implications for the ending of US QE2, as the Japanese are the third largest holder of US T-Bonds (Holders are the Fed, China and Japan). But it's not likely they would dump them. Nevertheless, they won't be buying much. This once again forces the Fed to be the lender of last resort, and we will see in Summer if QE3 comes into being.

The commodity currencies are taking a bit of a hit, and this is due to the expected economic slowing and lower orders for natural resources from Japan.

We had forecast a realignment (weakening) of the AUD and CAD to the USD by Summer due to expected ending of US QE2 (the Fed's purchase programs) which might or likely would cause some significant world market deleveraging.

Well, this Japan situation just moved that up several months.

What if Japan has to evacuate, and say a 100 mile radius is implemented?

Japan would basically shut down if that happened. And Japan is in the MIDDLE of every supply chain you can imagine, not only for US companies, but also for half of Asia.

Half the products are made with components from other countries and then assembled in Japan or China. If the supply chain is disrupted, and a mass evacuation would do it, then countless hits to world GDP will happen.

Apple already is delaying orders for new products from Japan as we speak for example.

(Reuters) - Airlines scrambled on Thursday to fly thousands of passengers out of Tokyo as fears about Japan's nuclear crisis mounted and the United States joined other nations urging their citizens to leave.

As an increasing number of governments from Britain to South Korea advised their citizens to leave and avoid unnecessary travel to Japan, there was a sharp drop in demand to fly to Japan coupled with a rush to leave.

Japan is taking desperate measures to contain the nuclear crisis at the Fukushima nuclear power plant crippled by the massive earthquake and tsunami that devastated the northeast on Friday.

The State Department said the government had chartered aircraft to help Americans leave Japan and had authorized the voluntary departure of family members of diplomatic staff in Tokyo, Nagoya and Yokohama -- about 600 people.

"The situation has deteriorated in the days since the tsunami and ... the situation has grown at times worse with potential greater damage and fallout from the reactor," White House spokesman Jay Carney told reporters.

The U.S. travel advisory comes after Australia urged its citizens with non-essential roles in Japan to consider leaving Tokyo and the eight prefectures most damaged by the earthquake due to infrastructure problems rather than nuclear concerns.

France has also advised its citizens in Japan to get out or head to southern Japan. The French embassy in Tokyo said it had asked Air France to prepare planes for the evacuation of French nationals from Japan.

Some governments have started testing their citizens returning from Japan for radiation levels.

The government plans to set up similar monitoring at the port of Busan for people coming back on ferries, according to Vice Science Minister Kim Chang-kyung.

Airlines did not provide much information on passenger loads in and out of Japan, but some travelers reported nearly one-way traffic by passengers eager to leave the country. Japan-bound travels said their flights were nearly empty.

Private jet companies said they were inundated with requests for help with evacuation......read on