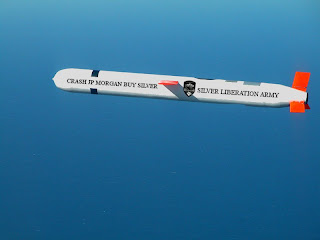 (Reuters) - The Obama Administration plans to complete an anti-ballistic missile shield to protect European allies against Iran "whether Russia likes it or not," the U.S. envoy to NATO said on Friday.

Moscow's objections to the project, which includes participation by Romania, Poland, Turkey and Spain, "won't be the driving force in what we do," Ivo Daalder, the ambassador, told reporters at a breakfast session.

The U.S. estimate of the Iranian ballistic missile threat has gone up, not down, over the two years since President Barack Obama opted for a new, four-phased deployment to protect the United States and NATO allies, Daalder said.

"It's accelerating," Daalder said of the U.S.-perceived threat of Iran's ballistic missiles, "and becoming more severe than even we thought two years ago."

"We're deploying all four phases, in order to deal with that threat, whether Russia likes it or not," he added. At the same time, he urged Moscow to cooperate in both to deal with Iran and to see for itself that, as he put it, the system's capabilities pose its strategic deterrent force no threat.

If the perceived threat from Iran ebbs, "then maybe the system will be adapted to that lesser threat," Daalder said.

Obama pleased the Kremlin in September 2009 by scrapping his predecessor's plan for longer-range interceptor missiles in Poland and a radar installation in the Czech Republic, a move that helped to improve U.S.-Russian ties.

But Moscow says that the revised version, using land- and sea-based Standard Missile-3 interceptors, could undermine its security if planned interceptor improvements become capable of neutralizing Russia's strategic nuclear deterrent force......read on
Posted by Unknown at 4:44 PM No comments:

Posted by Unknown at 4:17 PM No comments:

Journalist Nomi Prins: No Matter What, The Banksters Always Win

On the Friday edition of the Alex Jones Show, Alex talks with author and journalist Nomi Prins. She is a former managing director of Goldman Sachs and a Bears Stearns analyst. On December 1, she wrote for Infowars.com about the Federal Reserve's continuation of bailout economics and protecting US mega-banks from losses incurred by European banks through derivatives. Prins is the author of It Takes a Pillage: Behind the Bonuses, Bailouts, and Backroom Deals from Washington to Wall Street.

$7.7 trillion to Wall Street - Anything to keep the Banksters Happy!

The Big Picture - The Euro crisis in Depth

Clarke and Dawe - The Surplus

Paul Craig Roberts: We have a republican party that is a Gestapo party

One of Paul Craig Roberts most significant interviews.

Weekend Chillout - From Russia with Love

This weekend's chillout is recognises Russian President Dimitri Medvedev restart of the Cold War (CWII) by him turning on the Russian missile shield in Kaliningrad . Unlike last last time when we just pointed spears at each other, we now point spears and hide behind shield's, very Roman empire.

Pepper-Spray Creator Decries Use of Chemical Agent on Peaceful Protesters

India's obsession with gold and jewellery is legendary. The country consumed more than 900 tonnes of bullion last year, and demand looks set to stay strong with a growing middle-class and rising incomes, despite high prices that are hitting sales now.

And now some of the glitz comes out of a machine. "There is investment purchase in this machine, there is gifting in the machine and there is self-indulgence," says Sanjeev Agarwal, chief executive of Gitanjali Exports, which operates the machine. "The sales so far have been very, very encouraging," said Agarwal, whose firm is a unit of India's largest jewellery retailer Gitanjali Gems Ltd (GTGM.NS). "On the first day of launch (earlier this month) we had some 28 transactions."

His modern answer to the rising demand is an automatic dispenser for diamond jewellery and products that range from a 10 gram gold coin for 31,000 rupees to a 20 gram silver coin for 1,400 rupees. The smallest gold coin on offer weighs a gram and costs the equivalent of $60.

The touchscreen is a world away from traditional stores, where customers spend hours deliberating on plush chairs, sipping piping hot sweet tea as they wave away or beckon closer an array of glittering products offered by an army of salesmen.

Gitanjali hopes the automated teller machines, besides being far cheaper to run than a store, will allow the firm to reach a wider base of customers and offer a convenient way to purchase in a country that is fast-embracing modern technology.

The standalone golden box, slightly taller and wider than a normal cash ATM, stands next to an entrance of the busy mall, is protected against drills and guarded by remotely-monitored cameras that sweep its surroundings and internals.

Customers use a touchscreen to navigate the products on offer, which range from gold and silver coins to diamond earrings and pendants in different styles, and can pay with either credit cards or cash.

Gitanjali aims to roll out 75 of the automated machines over the next three years, in airports, shopping malls and at religious sites, as Indians often like to take home a memento of their visits.

But not everyone is convinced of the allure of the ATM, which adjusts its prices in line with global gold rates and does not offer personalised or customised products.

"Here you have to pay in advance, you pay it all in full," said Abhijit Kumar, a 36-year-old businessman from Mumbai. "In a store they give you credit, or you pay over time."

Yet if a request for the firm to take the technology to Singapore's Changi airport is a sign of things to come, Gitanjali's gold boxes might start cropping up all over the world.

"We are open (to export opportunities)... There have been a number of enquiries," said Agarwal. "I think the primary interest will come in from South East Asia as well as the Middle East, but I am not ruling out other markets as well." Gitanjali Gems, valued at almost $600 million, plans to invest 2 billion rupees during the financial year to March 2012 to add 350 to 400 new stores across India. It opened 300 outlets in the 12 months to March this year.
Posted by Unknown at 9:38 AM No comments: