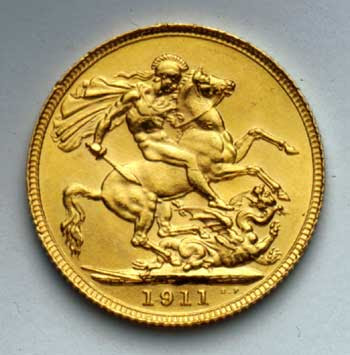 Seems that bank runs don't only happen in the UK, customers at the largest private bank in Afghanistan were beaten by guards for daring to withdraw "their" money from the corruption tainted bank on Wednesday.

It seems many Afghans have been lured into a more western style saving and payment arrangements since the US/NATO invasion, lead on by the convenience of ATMs and POS terminals.

Prior the latest invasion, the UK is on its fourth failed invasion, the average Afghan used to store their wealth in gold and silver, most often in the form of a gold coin of their most regular visitor, the British gold Sovereign. This practice was so wide spread that US and UK soldiers deploying to Afghanistan are given gold sovereigns, not fiat currency, in their emergency packs to buy their freedom or food if cut off from their company.

From Reuters: KABUL, Sept 8 (Reuters) - Afghan security forces used batons on unruly customers scrambling to withdraw their savings on Wednesday from a branch of the graft-hit Kabulbank, the country's biggest private financial institution.

Kabulbank's troubles have threatened to add a financial crisis to Afghanistan's other woes, with military and civilian casualties at record levels as a Taliban-led insurgency grows and ahead of parliamentary elections on Sept. 18.

Officers from the National Security Directorate struggled to maintain control of up to 200 people outside one branch in the capital as desperate customers tried to take out money ahead of a three-day Muslim holiday.

The crisis developed after the company's top two directors resigned amid unproven media allegations of corruption.......read on
Posted by Unknown at 4:23 PM No comments: 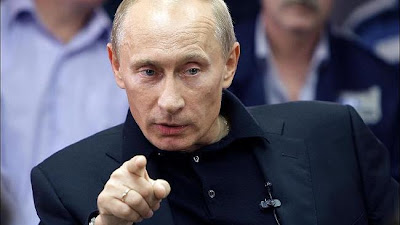 The case centres around the $500m company KazakhGold, whose international shares, known as global depositary receipts (GDRs), are listed in London. It started last year after the founders of KazakhGold, the Assaubayevs, sold a majority stake in the company to Polyus, a $10bn Russian gold giant chaired by Mr Prokhorov, the metals tycoon, for $254m. The Russians now claim they were deceived over the sale, according to the London lawsuit.....read on
Posted by Unknown at 4:08 PM No comments: 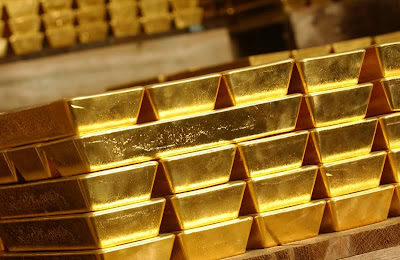 From Stratfor.com: Belarus will borrow $2.2 billion from foreign lenders in 2011, DPA reported Sept. 7, citing Interfax. Minsk hopes to borrow $1 billion from China’s national bank; $119 million from the International Monetary Fund; and $1 billion from private investors through a bond offering, according to Belarusian Economics Minister Andrei Kharkovets. The money would go toward industrial infrastructure, the nation’s gold and foreign currency reserves, and better government cash flow, Kharkovets said.
Posted by Unknown at 9:22 AM No comments:

Compare the 5 year Gold performance vs. the S&500 and the DOW

Chart of % performance of Gold (green line using the GLD ETF as a proxy for the gold price) vs. S&P500 (blue line) vs. the DJIA (red line). Click on image for a clearer display.
Posted by Unknown at 8:52 AM No comments: 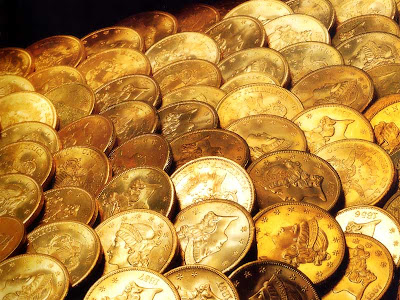 The World Gold Gouncil says demand for gold will remain robust throughout 2010, BNN gets insight from Jason Toussaint, U.S. managing director, World Gold Council.....watch: part1 & part2
Posted by Unknown at 8:07 AM No comments: