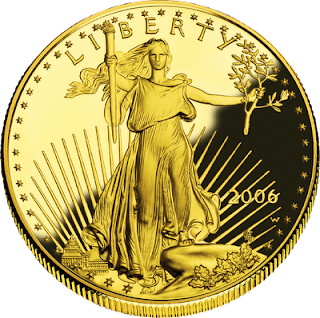 Sales of gold coins by the U.S. Mint are heading for the highest level since December 2009 after prices in New York had the worst two-day slump in three decades.

Consumers from the U.S. to Australia joined shoppers fromChina and India to buy jewelry, coins and bars after futures slumped 13 percent in two days through April 15. Sales by the Perth Mint in Australia doubled and retail purchases across China tripled, the China Gold Association said. The U.S. Mint said April 23 it suspended sales of coins weighing a 10th of an ounce after demand more than doubled from a year earlier.

Read more
Posted by Unknown at 2:04 PM No comments:

In this episode of the Keiser Report, Max Keiser and Stacy Herbert discuss the season for CRASH as algos reading Twitter cause a hack crash in New York; ghost traders in the shadow banking system cause gold 'slaughters' in the precious metals markets and Joe Weisenthal seeks smoke signals from the Pope of Fraud, Ben Bernanke. In the second half of the show Max talks to Andrew Maguire about precious metals markets, manipulation and failures to deliver.