David talks about Silver, and the Gold Price suppression scheme at the Las Vegas MoneyShow.

The bank runs that we are watching right now in Greece are shocking, but they are only just the beginning. Since May 6th, nearly one billion dollars has been withdrawn from Greek banks. For a small nation like Greece, that is an absolutely catastrophic number.

Posted by Unknown at 7:40 PM No comments:

Commonwealth Bank has been preparing for some time for a possible exit of Greece from the eurozone.

While this would soften the finacial shock for the bank, the implications of such a move would be “material”, CBA chief executive Ian Narev said today.

As financial problems in Europe again cause strains on global money markets, Mr Narev said the volatility would be felt through the Australian economy, hurting confidence while pushing up bank funding costs.

However, the fundamentals of the Australian economy remained sound, he said.

His comments came as the European Central Bank overnight said it would temporarily stop lending to some Greek banks to limit its risk to the region.

Read more: http://www.smh.com.au/business/cba-prepares-for-greek-eurozone-exit-20120517-1ysl6.html#ixzz1v6uOynmo
Posted by Unknown at 5:41 PM No comments: 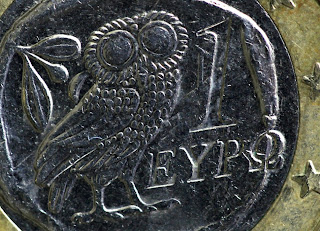 Read more
Posted by Unknown at 10:11 AM No comments:

Posted by Unknown at 8:55 AM No comments:

Go to http://geraldcelentechannel.blogspot.com for more.