Published on Dec 11, 2012
http://usawatchdog.com/america-is-going-to-crash-big-time-paul-craig-roberts/ - Dr. Paul Craig Roberts thinks there is "an impending collapse of the exchange value," and the U.S. dollar could unexpectedly plunge in buying power. Dr. Roberts contends, "All of a sudden, people walk into Walmart, as usual, and they think they've walked into Neiman Marcus." Dr. Roberts says there are no quick fixes to the bulging debt because "there's no way to close this deficit when corporations are moving the tax base off-shore." Join Greg Hunter as he goes One-on-One with Dr. Paul Craig Roberts.

http://www.euronews.com/ The Federal Reserve is likely to expand its monetary stimulus to the US economy this week at the end of its two-day policy meeting. 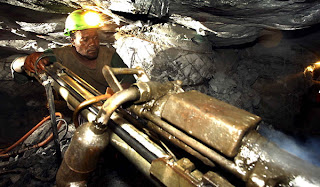 According to Statistics South Africa, the country’s gold output fell by 45.7 percent in volume in October while total overall mineral production was down 7.7 percent compared with the same month in 2012. Copper production fell by an even greater 56.4% year on year, but this is far less significant for the country’s economy.

The major cause of the fall in gold output was, of course the devastating effects of the mine wildcat strikes which by October had started to fall away at the platinum and other mines. These hit the gold mines hard at that stage with production by the country’s two top gold miners, AngloGold Ashanti and Gold Fields virtually shut down for the month in perhaps partly politically-motivated inter-union strife.

Read in full
Posted by Unknown at 5:16 PM No comments:

Silver ready to catch up with 32 years of price suppression

Peter Cooper from ArabianMoney.net discusses the silver market with Sandra Mergulhao from MyDubaiMyCity and with a bullion trader in the Dubai Sharjah Gold Souk. 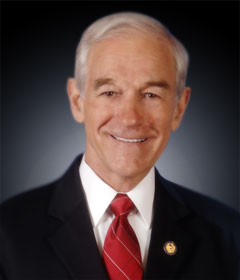 Earlier this month we learned that the Obama Administration is significantly expanding the number of covert Defense Intelligence Agency (DIA) agents overseas. From just a few hundred DIA agents overseas today, the administration intends to eventually deploy some 1,600 covert agents. The nature of their work will also shift, away from intelligence collection and more toward covert actions. This move signals a major change in how the administration intends to conduct military and paramilitary operations overseas. Unfortunately it is not a shift toward peace, but rather to an even more deadly and disturbing phase in the “war on terror.”
Surely attacks on foreign countries will increase as a result of this move, but more and more the strikes will take place under cover of darkness and outside the knowledge of Congress or the American people. The move also represents a further blurring of the lines between the military and intelligence services, with the CIA becoming more like a secret military unto itself. This is a very troubling development.

In 2010, I said in a speech that there had been a CIA coup in this country. The CIA runs the military, the drone program, and they are in drug trafficking. The CIA is a secretive government all on its own. With this new expanded Defense Intelligence Agency presence overseas it will be even worse. Because the DIA is operationally under control of the Pentagon, direct Congressional oversight of the program will be more difficult. Perhaps this is as intended. The CIA will be training the DIA in its facilities to conduct operations overseas. Much of this will include developing targeting data for the president’s expanding drone warfare program.

Already the president has demonstrated his preference for ever more drone attacks overseas. In Pakistan, for example, President Obama has in his first four years authorized six times more drone strikes than under all eight years of the Bush Administration. Nearly three thousand individuals have been killed by these drones, many of those non-combatants.

President Obama said recently of Israel’s strikes against the Palestinians in Gaza, "No country on Earth would tolerate missiles raining down on its citizens from outside its borders.” This announcement by the administration amounts to precisely that: the USintends to rain down ever more missiles on citizens overseas. I believe what the president says about Israel is true everywhere, so what about those overseas who live in fear of our raining missiles? How will they feel about the United States? Is it not possible that we may be inviting more blowback by expanding the covert war overseas? Does that make us safer?

An exhaustive study earlier this year by Stanford and New YorkUniversity law schools found that US drone strikes on Pakistan are “damaging and counterproductive,” potentially creating more terrorists than they kill. Its recommendations of a radical re-appraisal of the program obviously fell on deaf ears in the administration.

Thousands of new DIA spies are to be hired and placed undercover alongside their CIA counterparts to help foment ever more covert wars and coups in foreign lands. Congress is silent. Where will it all end?
Posted by Unknown at 3:04 PM No comments:

http://www.euronews.com/ The Federal Reserve is likely to expand its monetary stimulus to the US economy this week at the end of its two-day policy meeting.

From the CSIRO Australia

Scientists have found that termites and ants are stockpiling gold in their mounds. Australia's smallest and most numerous mining prospectors carry gold from deep underground up into their mounds and research has found they also accumulate metals in their bodies. Dr Aaron Stewart explains how they can help us find new mineral resources.

Gerald Celente - Trends In The News: "The Right Of Defense"

Singapore voted the best place to live in Asia by millionaires

Personally I think Bangkok offers better value and a more real experience than somewhat sterile Singapore, but then I might be biassed. Thanks to ArabianMoney.net for the story link.