­12:47 GMT: The UK Foreign Office is “disappointed” by Ecuador’s decision.

­12:35 GMT: Ecuador requested confirmation from the UK that Assange would not be extradited to the US, but London would not commit to a statement, Patino says.

­12:30 GMT: Asylum a fundamental right to all; no local government or law can be used to deny the right to asylum, Patino says.

­12:25 GMT: Ecuador says evidence shows Julian Assange would not receive fair trial in US, and his rights have been violated.

­12:24 GMT: Assange is struggling for freedom of speech around the world, Patino says.

­12:20 GMT: UK authority should not be used to threaten any country, Patino says, adding that Ecuador will not surrender to any external interest.

­12:12 GMT: Ecuadorian Foreign Minister Ricardo Patino says Ecuador cannot allow the conversation between the UK and Ecuador regarding Julian Assange’s asylum to be obstructed by threats.

­11:57 GMT: Ecuadorian nationals are chanting in front of the embassy, expressing their anger towards the UK’s intention to storm the building.
Posted by Unknown at 11:15 PM No comments:

In this episode, Max Keiser and Stacy Herbert discuss unknown people whose solvency is uncertain operating faster than the speed of light in the "franken-market" and Max Keiser asks, "what if a high frequency trading algo bot shrugged?" In the second half of the show, Max Keiser talks to Sandeep Jaitly of feketeresearch.com about the real Austrian economics of Carl Menger versus the fake Austrian economics of Ludwig von Mises. They also discuss how Ben Bernanke's confusion about what money and how central banks are leading us into a second dark age. Max and Sandeep also highlight the reason why rehypothecation in London is fraud. And, finally, Max hopes Lew Rockwell watches and learns.

British authorities have "warned" Ecuador that they could raid its embassy and arrest Julian Assange if he is not handed over. The Ecuadorian Foreign Minister responded by saying such a move would be a "flagrant violation" of international law - READ MORE: http://on.rt.com/mqy04a

Clarke and Dawe - What went wrong?

Today (US time) is the 41st anniversary of Nixon ending the Brenton Woods agreement by the halting convertibility of the US dollar into gold. Interesting to note that the average lifespan of the 3,800 fiat currencies that have been tried is 40 years, so we are 1 year overdue for it all to end in tears.

For some light relief, from 2011, Dr. Ron Paul and some struggling paper bug:

Capital Account - Richard Duncan on Riding out this Depression

Posted by Unknown at 5:50 AM No comments:

Something really strange appears to be happening. All over the globe, governments and big banks are acting as if they are anticipating an imminent financial collapse. 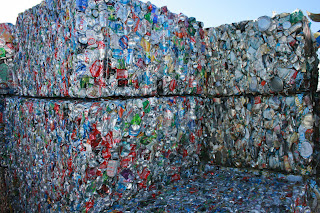 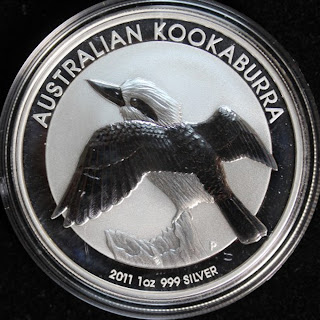 A good friend of mine has managed to acheive something man has been searching for since the dawn of time - turning base metals into precious metals.

His most recent alchemy recycling exercise resulted in 4oz of silver!

Gerald Celente on the SGT Report