Correction Ben no one in the West, particularly that USA bit, understands gold prices (well except the 1% of those in the West that actually buy gold).

One of my clients just sent me this amazing pic he took on his phone whilst in a store in the Abu Dhabi (UAE) gold souk, during the gold price drop in April. He told me that in this pic he could only get one fifth of the store in the shot as there were at least 500 people in and outside trying to get in! 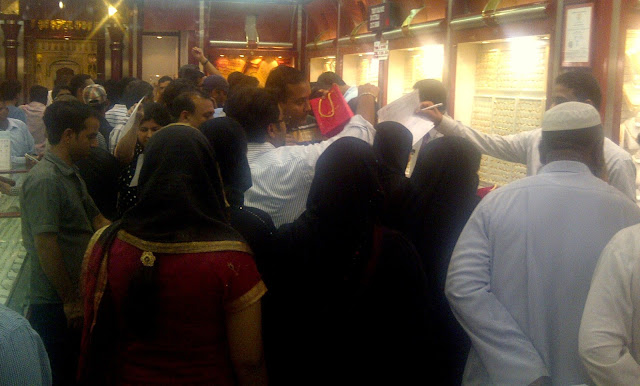 Um haven't we been here before? Didn't end really badly last time? Doesn't it mean when CNBC promotes something it is a bubble about to blow leveraged fiat everywhere?

(Reuters) - A federal appeals court on Wednesday lifted a lower court order that would have prevented the U.S. military from indefinitely detaining people believed to have helped al Qaeda or the Taliban.

The 3-0 decision by a panel of the 2nd U.S. Circuit Court of Appeals in New York was a setback for journalists, activists and others who had argued that the law put them in danger of indefinite detention.

It was a victory for the Obama administration, which said the practice is needed to fight terrorism.

The 2nd U.S. Circuit Court of Appeals in New York said the plaintiffs lacked standing to challenge the law.

The provision in question is part of the National Defense Authorization Act, which the U.S. Congress passes annually to authorize programs of the Defense Department.

Read more
Posted by Unknown at 9:21 AM No comments:

Published on Jul 18, 2013
In this episode of the Keiser Report, Max Keiser and Stacy Herbert ask whether or not it will ever be possible to unwind quantitative easing as the parallel universe it has created sucks out interest payments and central bankers' brain cells. They discuss the latest in a long line of market rigging - this time the traders who allegedly rigged QE.

In the second half, Max talks to Pete Comley, author of Inflation Tax, about inflation, government regulated prices rising the fastest and the pound sterling falling for the past hundred years. Comley also asks where are the protests in the UK against the 11 percent theft of savings by quantitative easing?

Ronald Stoeferle: “The Largest & Most Deep-Pocketed Traders Have Positioned Themselves For Higher Gold Prices” 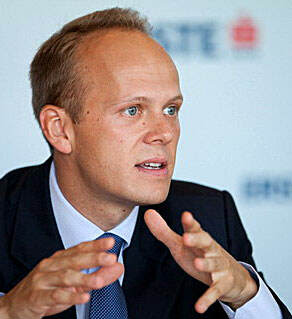 Tekoa Da Silva interviews Austrian Economist and noted gold analyst Ronnie Stoeferle on the evidence he has found that the best-informed traders in the world are now positioned for higher gold prices.

Listen to the interview here

Tekoa's article link here
Posted by Unknown at 9:00 AM No comments: